“Happiness is like a butterfly: the more you chase it, the more it will evade you, but if you notice the other things around you, it will gently come and sit on your shoulder.”
Henry David Thoreau

“Read, not to contradict and confute, nor to believe and take for granted, nor to find talk and discourse; but to weigh and consider. Some books are to be tasted, others to be swallowed, and some few to be chewed and digested: that is, some books are to be read only in parts, others to be read, but not curiously, and some few to be read wholly, and with diligence and attention.”
Francis Bacon

“One of the painful things about our time is that those that feel certainty are stupid, and those with any imagination and understanding are filled with doubt and indecision; let doubt prevail.”
Stephen Fry

“I was born not knowing, and have only had a little time to change that here and there.”
Richard Feynman

“May your choices reflect your hopes, not your fears.”
– Nelson Mandela

“Attention is the rarest and purest form of generosity.”
– Simone Weil

“Forget not that the earth delights to feel your bare feet and the winds long to play with your hair.”
– Kahlil Gibran

“The lust for comfort kills the passions of the soul.”
– Kahlil Gibran

“I don’t know what I may seem to the world, but as to myself, I seem to have been only like a boy playing on the sea-shore and diverting myself in now and then finding a smoother pebble or a prettier shell than ordinary, whilst the great ocean of truth lay all undiscovered before me.”
– Isaac Newton

“Peace is not an absence of war, it is a virtue, a state of mind, a disposition for benevolence, confidence, justice.”
– Baruch Spinoza

“If [my daughter] does not try a psychedelic like psilocybin or LSD at least once in her adult life, I will worry that she may have missed one of the most important rites of passage a human being can experience… a life without drugs is neither foreseeable not, I think, desirable.”
– Sam Harris

“These chemicals disclose layers of beauty that art is powerless to capture and for which the beauty of Nature herself is a mere simulacrum.”

“Use only that which works, and take it from any place you can find it.”
– Bruce Lee

“The greatest discovery of my generation is that human beings can alter their lives by altering their attitudes of mind.”
– William James
“Muddy water is best cleared by leaving it alone.”
– Alan Watts

“The superior man is modest in his speech, but exceeds in his actions.”
– Confucius

“Imagine the bad thing happened to someone else. How much easier is it to write it off and be calm about it?”
– Epictetus

“The present alone is true and actual; it is the only time which possesses full reality and our existence lies in it exclusively.”
– Epictetus

“Bad men need nothing more to compass their ends, than that good men should look on and do nothing.”
– John Stuart Mill

“To a philosopher all news is gossip, and they who edit and read it are old women over their tea.”
– Henry David Thoreau
“If you wish to improve, be content to appear clueless or stupid in extraneous matters. Don’t wish to seem knowledgeable, and if some regard you as important, distrust yourself.”
– Epictetus

“One can have no smaller or greater mastery than mastery of oneself.”
– Leonardo Da Vinci

“The true method of knowledge is experiment.”
– William Blake

“It takes skill and discipline to bat away the pests of bad perceptions, to separate reliable signals from deceptive ones, to filter out prejudice, expectation, and fear. But it’s worth it, for what’s left is truth. While others are excited or afraid, we will remain calm and imperturbable.”
– Ryan Holiday

“A good traveler has no fixed plans and is not intent on arriving.”
– Lao Tzu

“The cave you fear to enter holds the treasure that you seek.”
– Joseph Campbell

“When the going gets weird, the weird turn pro.”
– Hunter S Thompson

“Rather than love, than money, than fame, give me truth.”
– Henry David Thoreau

“We regain our balance through the proper application of attention and awareness.”
– Inner Pathways To Outer Space

“Flow with whatever is happening and let your mind be free. Stay centered by accepting whatever you are doing. This is the ultimate.”
– Chuang Tzu

“The need to be right is the sign of a vulgar mind.”
– Albert Camus

“The only man I know who behaves sensibly is my tailor; he takes my measurements anew each time he sees me. The rest go on with their old measurements and expect me to fit them.”
– George Bernard Shaw

“Adapt what is useful. Discard what is not. Add what is essentially your own.”
― Bruce Lee

“The paradox seems to be, as Socrates demonstrated long ago, that the truly free individual is free only to the extent of his own self-mastery.”
– Steven Pressfield

“Define success on your own terms, achieve it by your own rules, and build a life you’re proud to live.”
– Anne Sweeney

“People demand freedom of speech as a compensation for the freedom of thought which they seldom use.”
– Søren Kierkegaard

“Most men pursue pleasure with such breathless haste that they hurry past it.”
– Søren Kierkegaard

“It is no measure of health to be well adjusted to a profoundly sick society.”
– Jiddu Krishnamurti

“Without new experiences something inside of us sleeps. The sleeper must awaken.”
– Frank Herbert

“On your journey through life, make sure your biography has at least one extraordinary chapter.”
– Unknown

“Life is like riding a bicycle. To keep your balance you must keep moving.”
– Albert Einstein

“It is only in adventure that some people succeed in knowing themselves – in finding themselves.”
– Andre Gide

“Truth is treason in an empire of lies.”
– George Orwell

“All journeys have secret destinations of which the traveller is unaware.”
–  Martin Buber

“Life is either a daring adventure or nothing at all.”
– Helen Keller

“Life is an adventure, it’s not a package tour.”
– Eckhart Tolle

“To travel is to discover that everyone is wrong about other countries.”
– Aldous Huxley

“Life lived in the absence of the psychedelic experience that primordial shamanism is based on is life trivialized, life denied, life enslaved to the ego.”
– Terence Mckenna

“One’s destination is never a place, but a new way of seeing things.”
– Henry Miller

“Do not follow where the path may lead. Go instead where there is no path and leave a trail.”
– Ralph Waldo Emerson

“I travel not to go anywhere, but to go. I travel for travel’s sake. The great affair is to move.”
Robert Louis Stevenson

“Man cannot discover new oceans unless he has the courage to lose sight of the shore.”
Andre Gide

“Life should not be a journey to the grave with the intention of arriving safely in a pretty and well preserved body, but rather to skid in broadside in a cloud of smoke, thoroughly used up, totally worn out, and loudly proclaiming ‘Wow! What a Ride!’”
Hunter S. Thompson

“Drink your tea slowly and reverently, as if it is the axis on which the earth revolves – slowly, evenly, without rushing toward the future.”
Thich Nhat Hanh 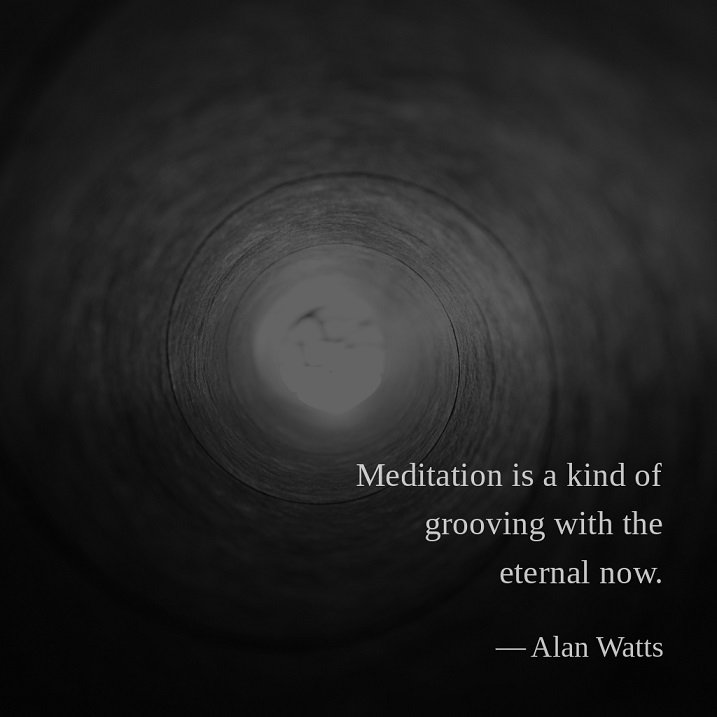