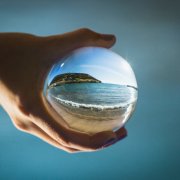 Today’s post comes from Mark Haberstroh. I first met Mark in 2017 during my first experience of working at a legal psilocybin retreat in late 2017, and its very interesting to have read this post and hear his experiences at other retreats since then. Also interesting that we both later went on to work with the same retreat in 2019, his fourth center in this post, based in the Netherlands. With pleasure, over to Mark…

Working at Legal Psychedelic Retreats Around The World

When I was 27 I discovered a new purpose in my life. I had been getting obsessed with mushrooms and their potential for healing the planet as well as our own minds and bodies. Holding space for myself, and eventually friends, I found a new purpose in life.

This is a path of work I am now devoting myself to. Oftentimes vulnerable people are coming to these spaces and being made more vulnerable by the medicine in an effort to heal or overcome trauma. Sometimes this can be someone’s last ditch effort at overcoming a deep depression or addiction. It is important to be present with people. To be there with them as they integrate whatever material comes up during a journey. To guide and to hold space for them as they learn to heal themselves.

By the fall of 2017, I had been working with entheogenic mushrooms for a couple of years with little guidance. Reaching a point where I felt a bit out of my depth and desiring experienced facilitators to be with me as I took my first large dose journeys, I googled legal magic mushroom retreat centers. At the time there was only one search result that came up. It was an incredibly positive experience for myself and many of those around me.  This is where I first met John, the creator of this blog, and we have been in correspondence ever since. Not only were my mushroom experiences profound and beneficial, some of which I am still processing to this day, but so were the connections that I made there. I hit it off with the retreat center’s founder and he invited me back to help facilitate a future retreat. This is how I began working with as many legal retreats as I could, knowing that each space has its own unique leadership and style that I could learn from.

I worked at 4 different centers which utilised psilocybin over the course of 2018 and 2019. In this post I will share a bit about each one.

I came to the first retreat center in Jamaica in early 2018. This first retreat was rather austere: there was little to no music, and there was not much guidance during the journeys. This was a 10 day retreat with mushroom experiences every other day. The ceremony was in a beautiful yard of a local Jamaican family, a short walk from the ocean. There was a fair amount of preparation before the journeys and plenty of on-site integration. The preparation was general psychedelic information around what could be expected and what the group journey would be like. The integration came in the form of group sharing circles.

The after care once everyone left the space was lacking. I would find this to be a theme among all of the places I have worked. There was some miraculous healing and community bonding that occurred over a short span of time. Mushrooms are excellent for building community and even speeding up the process. This was evident at all of the retreat centers that I have visited. With the journey being unique to every individual, participants on these retreats never run out of conversation material. One young man came because he suffered from a severe case of cluster headaches. Four cluster headaches a week for four year. I have kept up with him and he has not had one since this retreat.

After returning to this first retreat center, I realized there was much I did not agree with in how the space was being held, the leadership, adequate after-care, and the safety precautions being taken. Perhaps I was a bit paranoid or overcautious as this retreat is still going strong and becoming one of the better-known spaces in the field. My personal opinions and disagreements on the ways in which things were being run became a common thread for me over the next couple years of adventuring and holding space at different retreat centers around the world.

The second center was located in Mexico near Tulum. I visited in February of 2019 and they took a more ceremonial approach. The leaders had volunteered at ayahuasca retreats and wanted to mirror that model with mushrooms. It was a ten day retreat with mushroom ceremonies every other day. The setting was a beautiful compound/resort located within the jungles near to the city. They hired a “shaman” to sing for the duration of the journeys and did their best to hold a closed container. Every one of the participants got a lot out of their journeys. The journeys occurred every other day. On the days in between there were excursions to the beach or to see the local ruins. Many of the participants I have kept up with have returned multiple times with great satisfaction from each of the retreats. The women running this retreat are very capable and wonderful people. I am always happy to see anything being run by non-white men in this space as we are currently dominating the field.

The third retreat I worked for in April of 2019, located in Jamaica as well, allowed me to use the model of my choosing. We took a more therapeutic approach. With more resources at the ready we were able to offer a two on one experience. Though this raised the cost quite a bit, we were able to have a male and a female sit for each participant as they took a large dose journey. Having this much freedom I was able to test the waters of an approach I had done a lot of reading about.

I had a mentor who had shown and taught about this model.

It was a week-long retreat with one large, 5 gram, journey in the middle. This is the ideal method for deep trauma and therapeutic work. There is a tremendous amount of benefit to using these medicines in groups, but it is a very different experience when alone. Especially when working with a guide with whom you have had time to get to know one another. The setting here was in a room on a permaculture farm overlooking the ocean. The participants laid on a bed wearing eye shades and listening to a playlist through headphones.

The most recent retreat center that I worked for used a more therapeutic model in a group setting. They were located in the Netherlands and I worked over a few months in the summer of 2019. This center is the one that resonated the most with me.

Retreats varied between three, seven, and ten days. People were educated about the experience upon arrival and took a dose every other day during their stay. Integration took place in small groups, large group sharing circles, and nature walks. The journeys were rather large doses and progressively higher as the week went on. This method allows people to grow more accustomed to the effects over their stay, allowing more ease when going inward and familiarity with the territory. The setting was indoors, with every individual laying on their own mat. Guests were provided with eye shades and blankets to promote a more inward journey. A calming non-evocative playlist was played over speakers in the room. There were spaces set up outside of this room for those who wanted some alone time, as well as the ability to go outdoors for a walk.

Many centers in operation are run by wonderful, kind-hearted people who bring unique approaches to their holding spaces. One of the more glaring drawbacks to all these spaces is the lack of long-term integration and after care. Many of them rely heavily on WhatsApp groups. It allows the groups to integrate with each other but inevitably some individuals who are less socially inclined fall through the cracks. Integration is a buzzword these days and has many different meanings. Essentially it is readjustment back into everyday life. Taking what has been learned from the journey and bringing it into our daily walk.

My approach may not be the best fit for everyone, but it is important to understand the space these journeys take place in. I would like to encourage people who are exploring the retreat model to do their own research. Investigate each space thoroughly. Some of these centers are more focused on being profitable rather than the individuals that are coming. Get to know the staff and the facilitators who will be present. What model are you looking for? What models are being offered? What is your price point? Enquire about what kind of integration work they offer. What does their aftercare program look like? This is where the bulk of the work lies. The work can be broken up into three parts. 10% preparation, 15% journey, and 75% integrating the lessons learned afterwards. Of course, these numbers are flexible. It does shift a bit from journey to journey.

Working in these various capacities has highlighted my own need to further my education around therapy, therapeutic practices, trauma training and becoming more trauma informed. All of this is a part of my personal pursuit to help individuals maximize the benefits from a single session. I say this to share a bit of my story. In general, I think that if people have a safe space to try entheogenic mushrooms they will benefit. Everyone who participated in one of these retreats felt they had gained something from the experience. My purpose is to help someone maximise the benefit of a single journey and to maintain a high standard of integrity. Reminding individuals that they are whole. I do not know what anyone needs, they do. Redirecting people back to the inner healer within themselves.

This is a taste of some of the insights I have picked up over the last few years working in this field. I have been very fortunate to have the opportunities and experiences I have had so far, but I am always learning and fine tuning my craft. Feedback is very welcome. If you have any deeper inquiries, questions, or your own personal insights you feel called to share with me, please contact me at  ourcelium.mark@gmail.com and @our.celium on Instagram.

Mark Haberstroh, an entrepreneur, has been working with mushrooms of all varieties since early 2016. In 2017 he started his first gourmet and edible mushroom farm in Alabama and has since begun 2 more in Oregon and California. In 2018 Mark began to travel abroad to legally offer psilocybin to individuals interested in the experience. This has been his true passion since he began to work with this medicine on himself as a teenager. Currently waiting for the legal climate in the U.S. to change, Mark is taking a break from work with entheogenic mushrooms to focus on his education. He is a student at the School of Consciousness Medicine out of Berkeley, California.