Nitrous oxide is very rarely mentioned in the psychedelic world and isn’t taken seriously in the way that say, psilocybin, MDMA or ketamine now are. I guess part of that is because its nickname, laughing gas, and how its commonly taken, by breathing it in through balloons – a party item – make it kind of a joke to begin with.

What is interesting is that it has history and influence with serious thinkers and scholars, most notably the great American philosopher and Harvard psychologist William James, “the Father of American psychology”. James was particularly interested in mystical experiences, investigating them throughout his life, and he experimented with nitrous oxide, as well as others including the more classic psychedelic peyote. 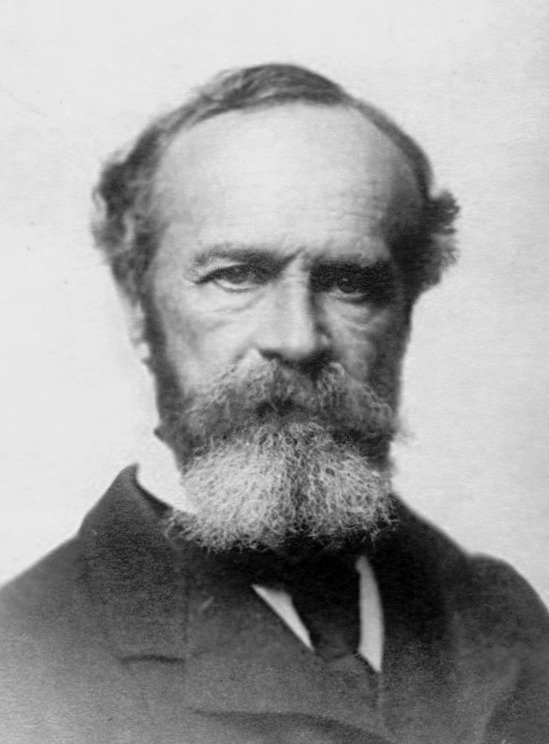 James claimed that whilst under the influence of nitrous, he was finally able to understand the philosophy of the German philosopher Hegel. He went on to do important work in the philosophy of religion and provided a wide-ranging account of The Varieties of Religious Experience in a book of the same name that was based on his lectures.

In the earlier history of nitrous oxide is the British chemist and inventor Sir Humphrey Davy, who came upon it when investigating surgical gases. Davy gave it the name ‘laughing gas’, because of its effects on him, and was a huge fan, giving demos at the Royal Institution where he would take it himself or give it to others. He openly espoused its enjoyable qualities and introduced it to others, many of whom he converted, including the Romantic poet Samuel Taylor Coleridge. 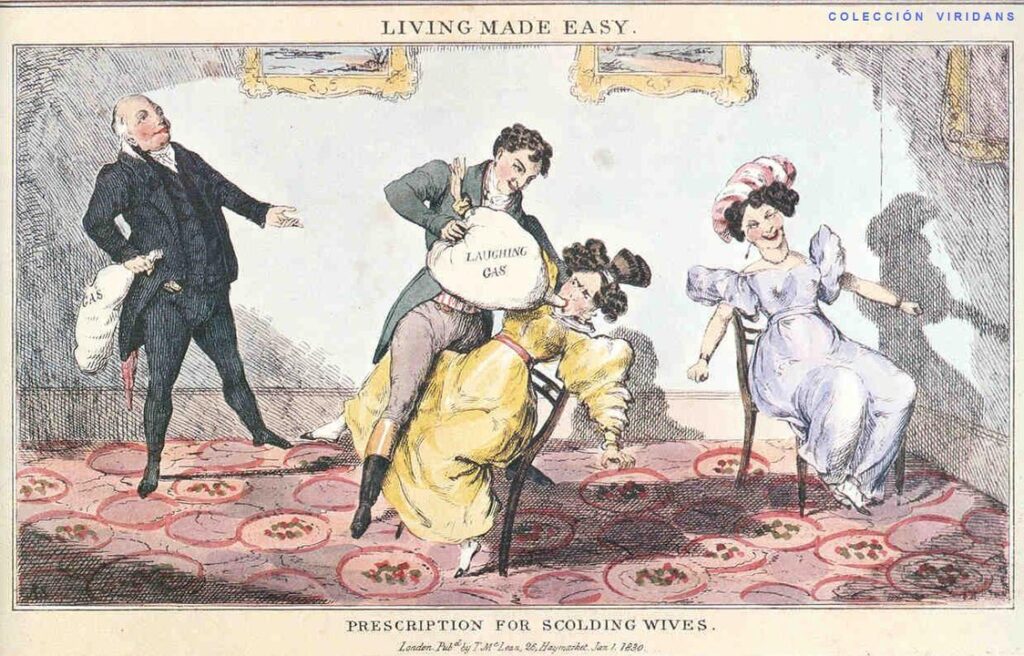 Davy became addicted to nitrous and this does highlight its potential for addiction. The short-lasting nature and euphoric and relaxing effects lend itself to this, and its addictive tendencies have gotten it the nickname ‘hippy crack’.

Personally, nitrous oxide has been host to some of my most intense and extreme but also revelatory experiences. I have seen scientific truths in incredible detail, seeing how particles form waves, and experienced firsthand Relativism, that truth is always relative to some particular frame of reference and all concepts, like large and small, for example, are never objective, that they can only be used in relation to something else.

I have found nitrous oxide can be used as an aid in sessions to ‘blast’ through anxiety and ground, dropping into experience. It can also have this strange way of giving a moment of clarity and almost sobriety in the midst of an LSD trip, giving a frame of reference as to where and how deep you are in the journey.

Nitrous is a potent combinator and has a powerful multiplier and synergistic effect when combined with other psychedelics. When mixed with others, the experience is always more than the sum of its parts. Taking into account its combinations, the variety of experience is amazingly wide. Sometimes I compare it to being dropped into a multi-verse roulette; you jump, it will spin you around, and you have no idea where you will land. You might experience being another person in another part of history, before coming back to yourself.

When inhaled from a balloon, the effects are very short lasting. The peak rises quickly after about 10-20 seconds, and then the effects gradually fade, returning to baseline after 60 seconds. As with other short-acting psychedelics, its harder to really integrate these experiences and I do wonder about their lasting value, as compared to say psilocybin, or LSD, which are less like flashes and when you are submerged in an experience for hours.

Nitrous oxide can be a very unpredictable experience and can be fun, wild, chaotic, and also like a punch in the face. I have been left both blissful and shaken after experiences on both ends of the spectrum of harmony and disorder. Still, I would like to see some research done on it as I find it to be a fascinating substance with possibly untapped potential. I suspect its ability to dissolve reality and be dropped in to another could probably have some useful and pragmatic application.