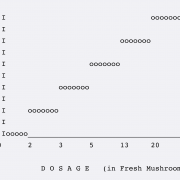 The Graeme Carl Scale is a five level scale for measuring the effects of a psychedelic experience.

I first came across the scale whilst doing dosing research for the New Moon psychedelic retreat project. Myself and co-founder Tuk needed a way to collect data on the strength of people’s experiences with psilocybin truffles, and we found Graeme Carl’s on Erowid.

We were aware of the Shulgin Rating Scale too, and to be honest thought that would be really cool to use, but it just wasn’t as practical and useable as this one.

We adapted a version for ourselves, making some small changes and additions, and splitting up the effects described at each level into cognitive, physical, and visual effects. It’s not a flawless categorisation of effects, but it has proven to be very useable. 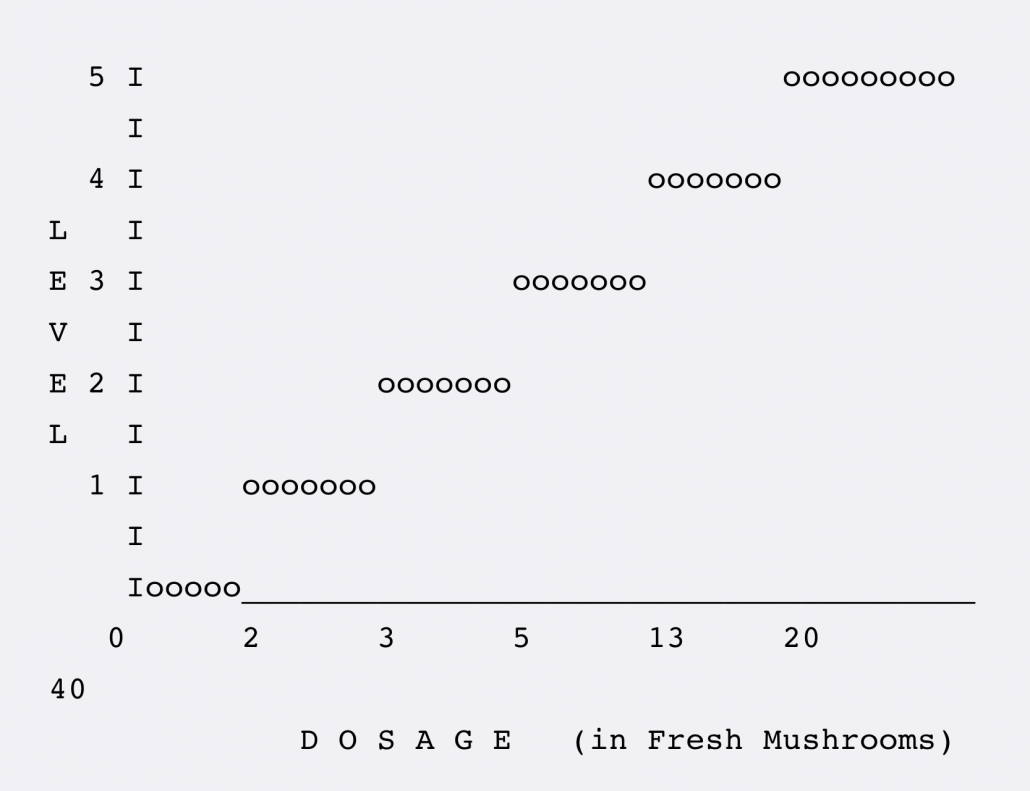 The levels of the psychedelic experience scale are non-linear compared to dose, illustrated on Erowid.

Writing up a report after your experience can help to track your level of experience at different doses. This can give you useful data for future explorations. These reports can be kept in a journey log, AKA a drug journal.

Bear in mind that being on one level for one domain does not mean that it will be the same on another. For example, an experience could show level 2 effects on the cognitive, and level 3 on the visual. You can rate each level a different score, and then an overall, and this allows you to get a snapshot of the intensity at a glance. For example:

Emotional effects aren’t included in the scale, so you can just do that one just based on your feeling. 😉

It may be that effects of more than one level can be felt. If that’s the case, score the highest domain at which effects were felt. For example, if you felt an increase in abstract thoughts (level 2) and were losing track of time (level 3), then score the cognitive level a 3.

You can read more about Graeme Carl’s Scale on Erowid here.