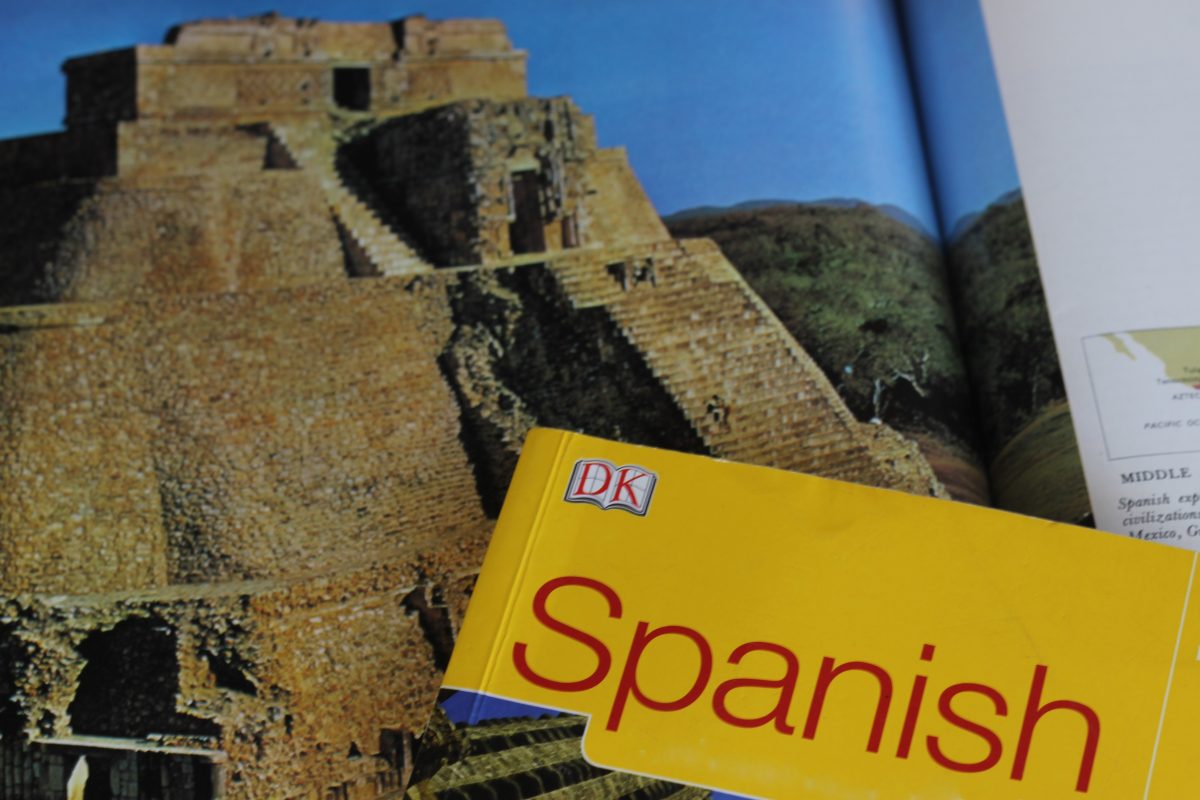 If you’re planning a trip to Mexico or Central or South America, the first piece of advice I would give you is: learn Spanish! Unlike travelling a region like South-East Asia where every country has its own language making almost everything you might’ve picked up useless every time you cross a border, almost the whole of Latin America (nearly 20 countries) has Spanish in common. Speaking the local language is incredibly useful anywhere but the fact that in Latin America you can continue using it and building on your previous progress as you pass from country to country should only fuel your motivation.

‘Sure, speaking Spanish would be great, but it’s hard work and will cost me money. Can’t I just get by with English?’. Learning needn’t be a costly chore on your trip; you can do it in fun ways, totally independently and for FREE.

Admittedly you could survive on English, but here’s why you really shouldn’t…

Fairly obvious but it seems to go over many traveller’s heads. Want to ask the price of something? Directions? Where to get the bus? With Spanish you can, without you’ll have to mime your way there and occasionally be typecast as an ignorant disrespectful gringo (which admittedly will still happen even if you do speak Spanish, but it’ll certainly lessen the odds).

Going Beyond Convenience… When The Fun Begins

Imagine a foreigner going on a trip to the UK or US and not speaking English. Sure they could snap pictures of Big Ben or the Statue of Liberty, but their experience of the country outside of taking selfies at famous landmarks and getting drunk with other travellers who share their language would be extremely limited. This is being a tourist, which, by-the-way, I have nothing against – it’s pretty fun actually – but if you’re planning on being in Latin America for a while and want a more authentic experience of the place, learning the language is the best place to start, and totally worth it.

Going Deeper Into The Culture

❝Language is the road map of a culture. It tells you where its people come from and where they are going.❞
‒ Rita Mae Brown

Speak to the Man on the Street: Hear the Voice of the People

English is widespread worldwide but in Latin America, like many places elsewhere, learning English is a privelege and mainly limited to those with money; the middle classes and above. Without Spanish, conversations with locals will be restricted to those from a certain economic background (and even then to the percentage within that stratum who can speak English). Finding a fluent English speaker from a working class background would be a very impressive feat, from poverty, closer to a miracle. When talking about anything from the history or politics of the country to the local neighbourhood, the information and opinions you get – which will inform your impression and perception of the place and its people – will be skewed and unbalanced because you’re missing the voice of a huge part of the population. In a poorer country like Bolivia, where 60% of the population live below the national poverty line and almost no one speaks English, it’d be impossible to get a balanced view of what Bolivians as a whole feel about their country. 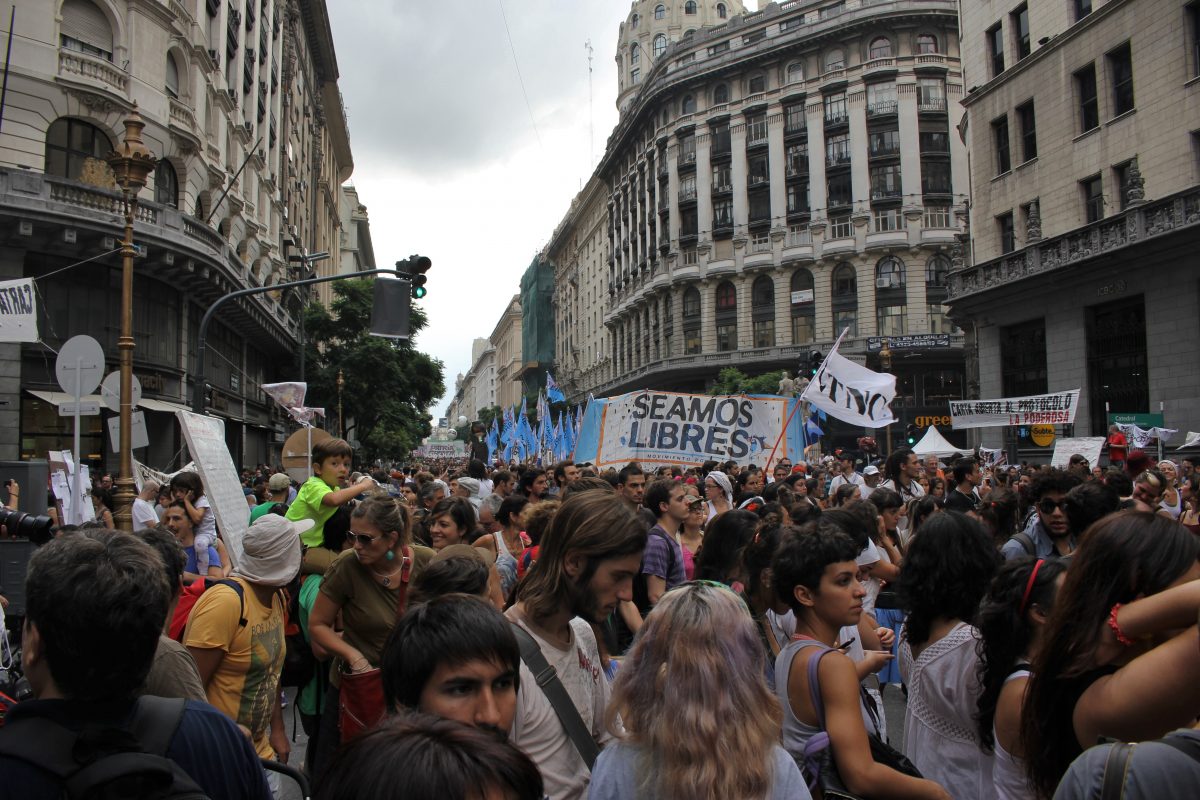 Protestors during Obama’s visit to BA this year

In Buenos Aires Spanish allowed me to ask protesters at the Plaza De Mayo about their indignation against President Macri, in Bolivia it enabled me to understand my hairdresser as she told me about her enormous family (1 of 18 siblings!) and their hairdressing lineage, about how her father cut the ex-president’s hair, and their migration from the countryside to the whitewashed capital of Sucre. Anywhere you go it will allow you to speak to the man on the street, literally and figuratively.

This isn’t only the case with locals; on your travels you’ll encounter countless people and other travellers from other parts of Latin America and Spain who also don’t speak English, and why should they? They already speak the language of the land, and if you do too the number of potential friendships and human connections you can make will multiply massively. 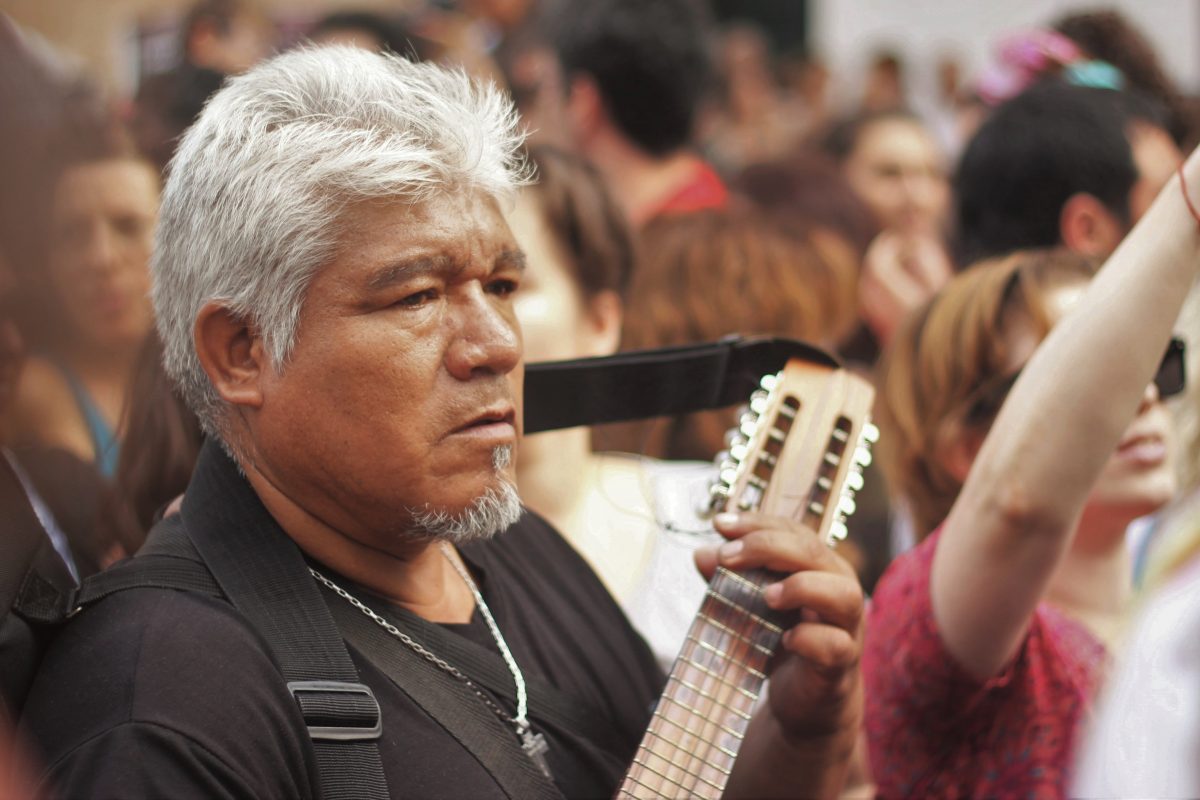 More than just the information and insight you’ll gain, oftentimes the conversations will be unique experiences in themselves; like the crazy porteño in Cordoba who was constantly trying to usher me to the bar with him to guzzle more fernet, or the wizened Peruvian anthropologist who enlightened me on the multitude of tribes in the Amazon. ‘But I want to DO and SEE things when I’m travelling, not just talk to people’. Well, the conversations that you’ll be able to have will also open you up to… 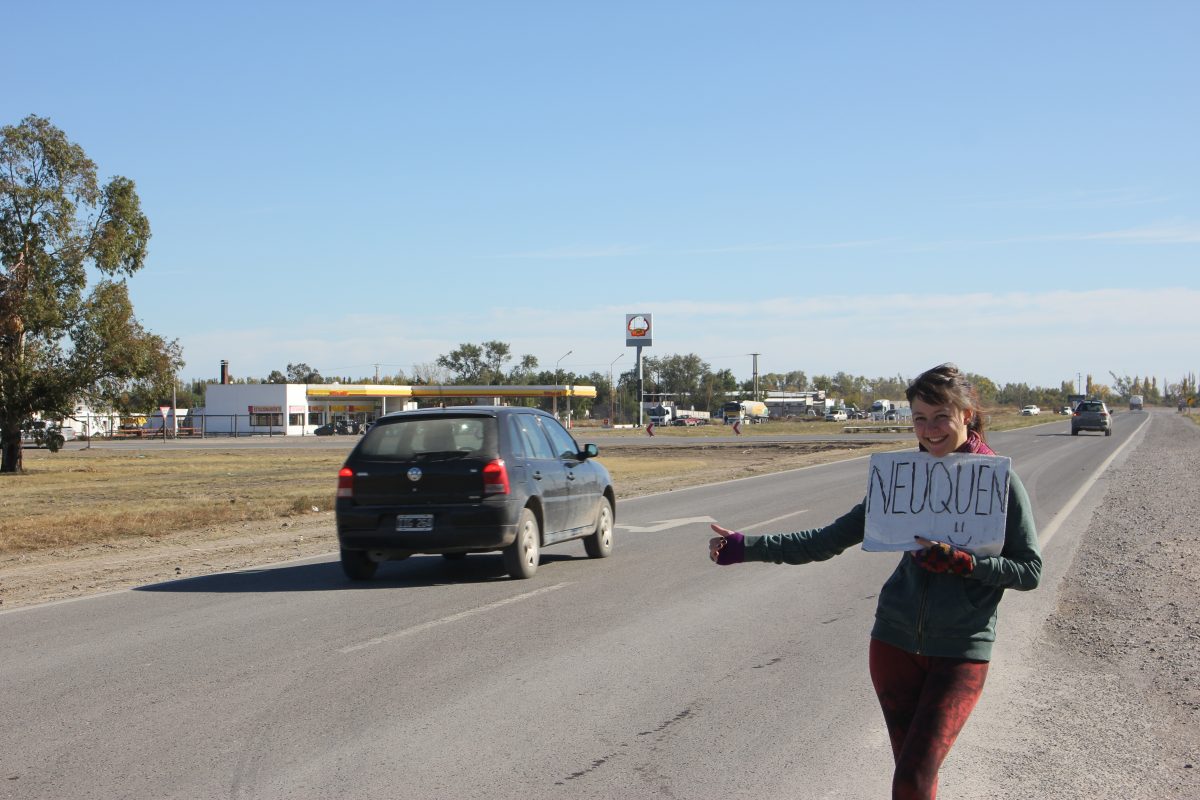 Beyond conversation, being able to speak to more people will also open you up to more experiences. If I’d lacked Spanish, would I have been invited by a Bolivian woman I met on the bus to go and stay at her home on the edge of the rainforest? Obviously not because the conversation would never have started. Could I have hitchhiked to Patagonia with an Argentinian buddy to stay with her family friends for a couple of weeks? Understood the dedication made to me on local Chilean radio? Been invited to the weed-infused drum night in Punta Del Diablo? The fleeting romance with the local girl from Asuncion? I’d have missed out on all of these experiences because Spanish opened the door.

Tourism is under-developed in a lot of areas which is typically a nice thing as it means less crowds. It also means there are plenty of museums without English object labels or placards and tour companies that only employ Spanish-speaking guides. You’ll have more choice not only of things to do, but in ways you can do them too. 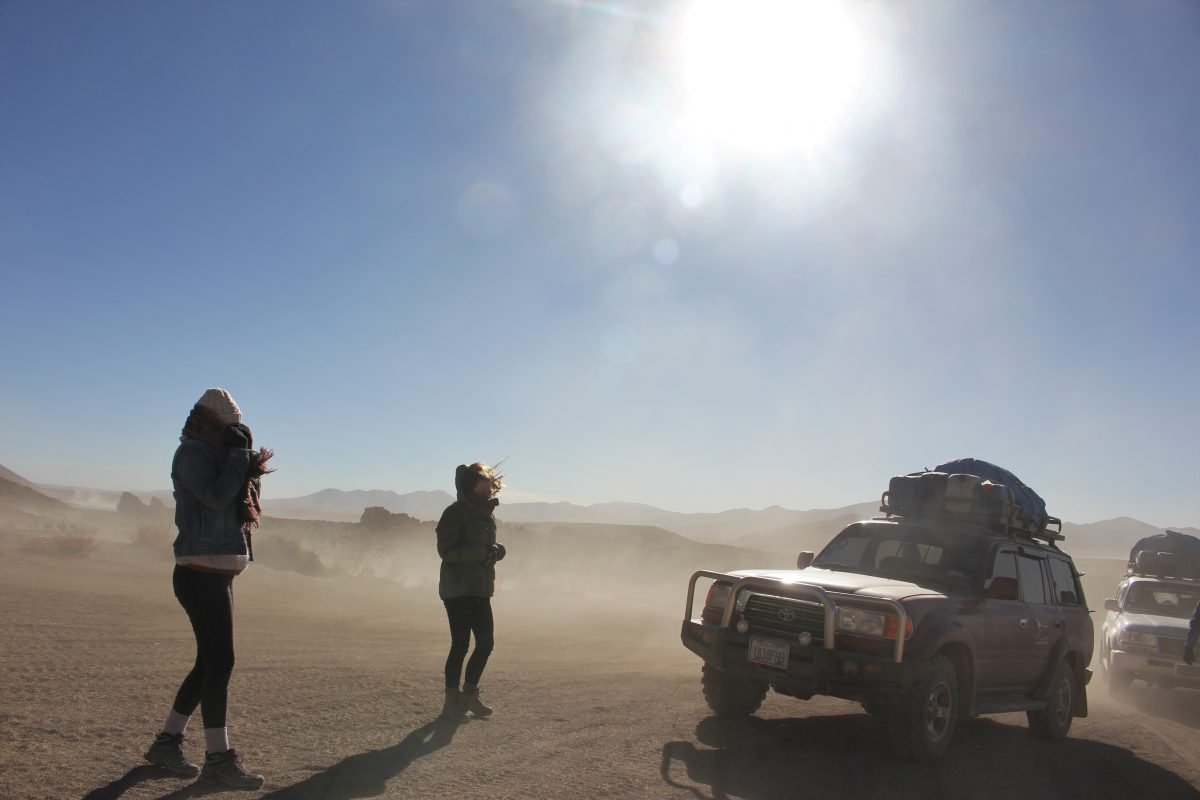 Weathering the winds on an alternate Salt Flats Tour

Fulfilling my tourist agenda and booking a place on a tour to the Salt Flats of Bolivia, I was able to choose an alternate route which meant seeing a wider variety of natural wonders, gentler progression to the higher altitudes – which also meant a warmer first night in the desert chill – and a better price. This was because the only company that offered this version of the tour didn’t have English-speaking guides. Employing bi-lingual staff raises costs for a company and the cost to the consumer – you – goes up with it.

You’ll get a better deal on most things because you can barter and negotiate prices and conditions for anything from taxis to rooms to tours. Also, anywhere that has English-speaking staff is likely to be after tourists which invariably means worse value for money; tourists always pay more than locals – it’s tourist tax. 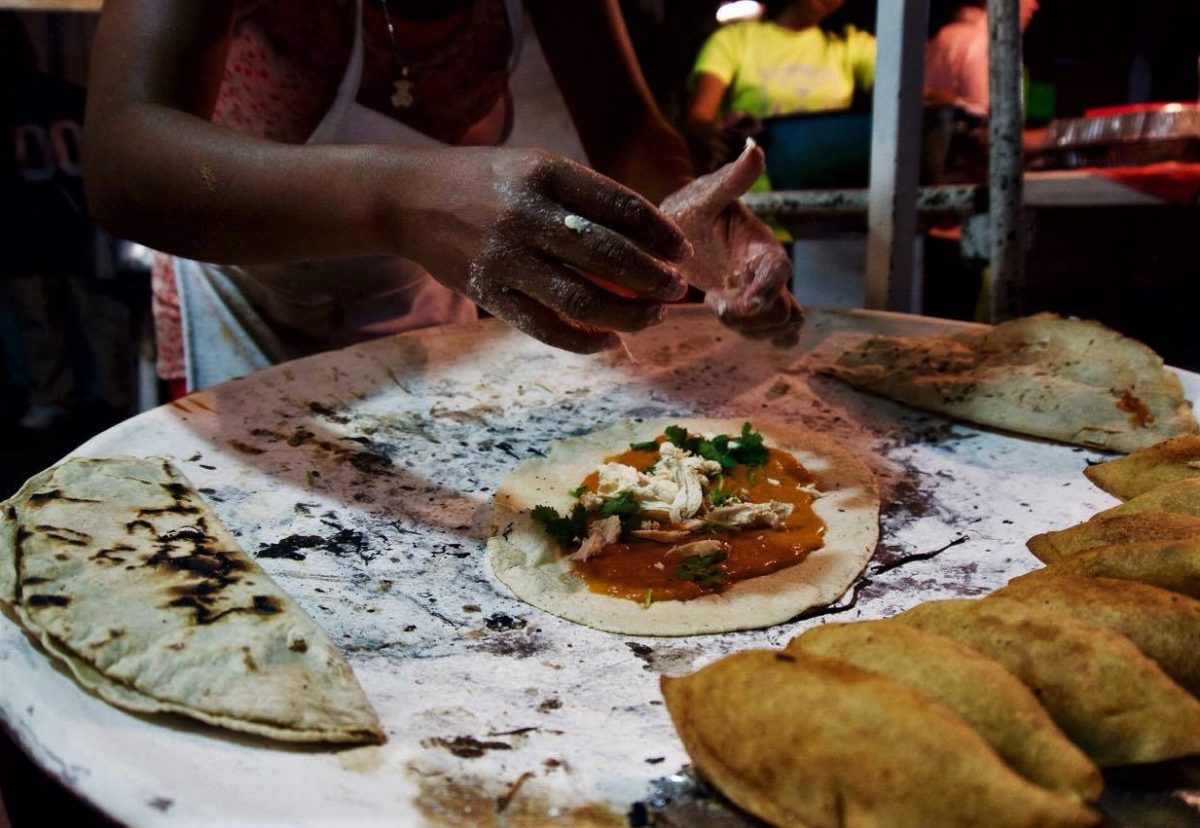 When going out to eat you’ll have more choice as you won’t be limited to restaurants with English speaking staff, picture menus or ordering one of the two local dishes that you already know. I like to ask locals or waiters for recommendations of dishes specific to the area; the culinary variety is staggering and I’ve tried local specialities that I didn’t even know existed nor can be found in any guidebook. A few times I’ve had people want to go to dinner with me so that I can talk them through the menu; going on their own they’d just pick something they recognised or knew was a safe bet, missing out on what might be the most delicious discovery they’ve made in months.

Finally… it’s a Great Chance to Learn a Foreign Language

Learning a language is a trip. If you haven’t yet learnt a second language then you are going into an amazing journey of discovery which will not only improve your memory and increase your brain size, but it’ll also change how you think and see the world. What’s more, language acts a bridge that allows you to go to previously inaccessible places. More than 410 million people speak Spanish as their native language, more than English, that’s 410 million doors you are opening. Spending time in Latin America will give you the magic ingredient in learning a language: immersion! You will continuously have the chance to learn, why not take it?

How? See How To Learn Spanish Whilst Travelling Latin America (For Free)

Still not convinced? Check out these 10 Inspirational Quotes for Language Learners at Voxy Blog

Lysergic Waves On The Sands Of Uruguay

Daily Dosing from the Desert of Chile to the Salt Flats of Bolivia: 4 Days on...
Scroll to top