Welcome to day 13 of PSYJuly!

Today’s is a guest post from long time friend Peter Francis (we go back to nursery if you can believe that). Pete and myself were once upon a time two-thirds of a film club and he remains my go to friend to geek out with about cinema.

Pete has put together a short introduction to the origins of psychedelic cinema and and picked his top 6 modern films from the genre. Its an excellent selection and I fully recommend to anyone wishing to explore a psychedelic state of mind through film.

Get your popcorn ready and enjoy!

An Introduction to Psychedelic Cinema

As David Church remarks in his excellent essay ‘the Doors of Reception’, the word ‘psychedelic’ when applied to cinema is long and indeterminate. Firstly it can be used historically when ascribed to the immediate film experiments and avant- garde films from the 1960’s that coincided with recreational drug use. His Church recounts, the word ‘psychedelic’ has been used to describe some formal experiments of filmmakers like Kenneth Anger, Jonas Mekas, Stan Brakhage and Jordan Belson in the 1960’s; some being actively inspired by psychedelic drug experiences.

Avant-garde aesthetics in independent film of this period are dazzling: swirling geometric patterns, the use of paint on 16mm and 8mm (evoking a lurid flickering effect), figurative scenes that dissolve into abstracts shapes or colours, depictions of mythical figures and hallucinations and a strong absence of any linear narration. From the 1960’s onward these formal experiences spilled into the mainstream in films like Kubrick’s 2001 Space Odyssey (1968) and Seconds by Jonathan Frankenheimer (1966).

The stargate sequence from 2001

Yet the relationship between cinema and inner psychedelic experience isn’t simple. How can cinema accurately or truthfully depict an experience on the influence of ‘psychedelics’? The idea that a highly subjective drug experience could be accurately depicted through images and text is problematic. As David remarks:

‘It is precisely this phenomenology of drug-enhanced spectatorship – and the attendant proposition that no text has any inherent meaning outside one’s subjective experience of it – that makes psychedelic cinema such a valuably challenging outpost in the “antipodes” of film analysis.’

However, there has been a resurgence in psychedelic film in 21st century cinema since around 2000. This might be suggestive of the long-term influence of the lurid psychedelic film experiments of the 1960’s on narrative cinema. Interestingly, these films arrive at times of changing behaviours to film spectatorship – some of these films are now being watched under the influence of psychedelics (or taken after a trip) and their online responses being shared in online communities. Church gives examples of Gasper Noe’s Enter the Void having a strong online following and audience response in this regard. Could this signal a new branch of film spectatorship?

Below is a list of recommended modern films for those of you interested in this kind of spectatorship, or films that are somehow linked to psychedelic experiences. They contain surreal sequences; hallucinogenic dream-states that veer into abstraction, a languid pace, an over-emphasis on micro-details and some even depict the effects of psychedelic usage. 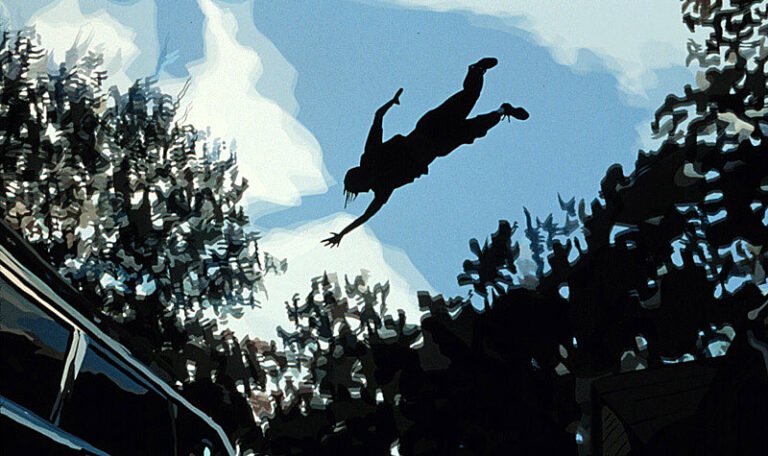 Richard Linklater takes a departure from his very wordy every-day dramas to make a very wordy animated investigation into dreams and consciousness. An unassuming protagonist roams around an unnamed American city, drifting between conversation (often mid-way) that muse on the nature of reality, time and the meaning of dreams. Is he witnessing a dream or a real conversation? Linklater ‘rotoscoped’ (traced animation) of each digitally-shot frame using computer animation. The resulting animated effect is gloriously surreal-  more figurative than hand-drawn animation, yet strangely amorphic and unstable. 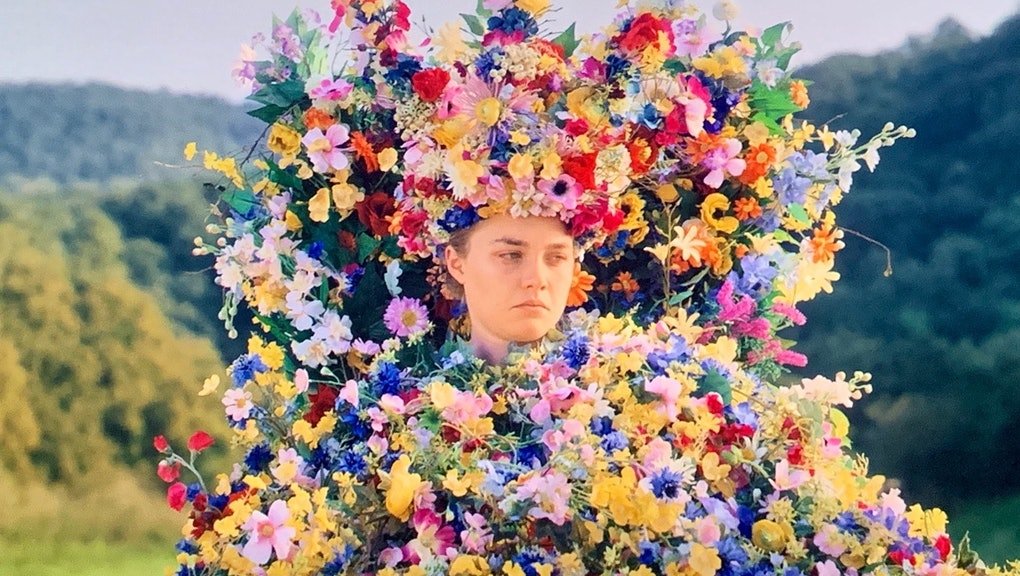 As director Ari Aster remarks, Midsommar is  “a breakup movie dressed in the clothes of a folk horror film.’ Set in the perpetual daylight of Summer Solstice in Sweden, Midsommar is the story of Dani (Florence Pugh) and her self-regarding boyfriend Christian visiting a bizarre Swedish pagan cult for a summer research project. The film follows Dani’s growing realisation of how much of a jerk her boyfriend is, while at the same time being subject to the  cult’s horrific and otherworldly rituals including sacrifice, chanting, incessant drinking and dancing.

The lengthy finale of the film is particularly striking, Dani is given a hefty dose of psychedelic drugs and becomes the ‘Queen’ of the cult’s ritual- making the final sequence nightmarish. The sequence even more surreal and hallucinatory, by the warping of the frame ever-so slightly.The drug sequences in Midsommar emphasise the dramatic-downfall structure that is typical of the horror’s genre; Dani’s ethereal, blissful trip early on heavily contrasts with her garish and horrific trip in the films finale. 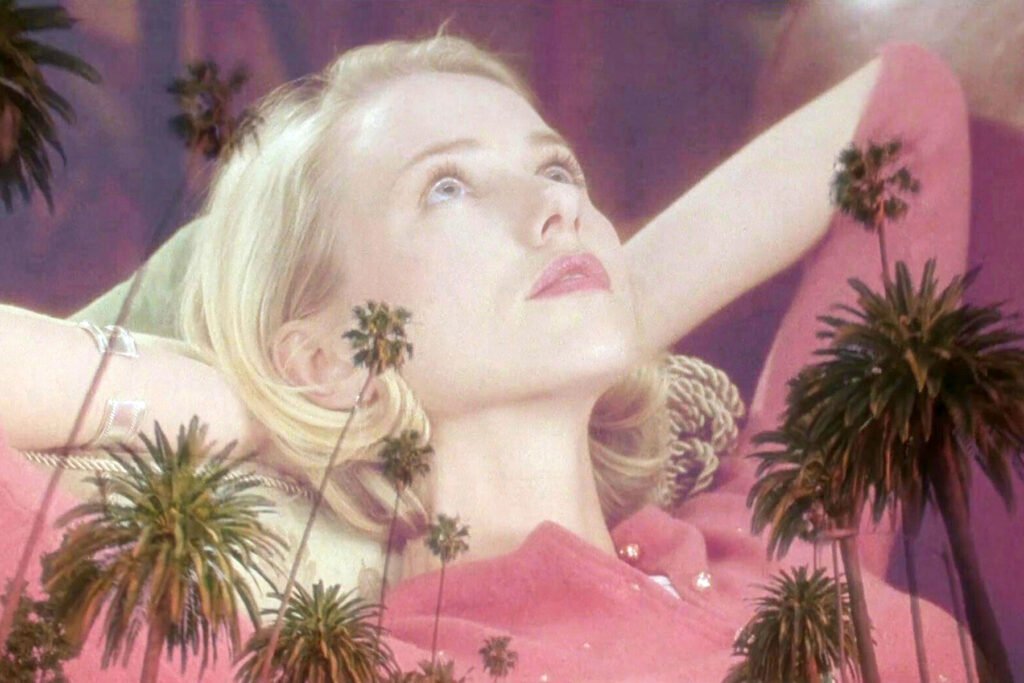 All of David Lynch’s work embraces abstract, non-linear methods of storytelling, which is crystalised in the often-sublime ‘Mulholland Drive. David Lynch’s L.A film – noir juxtaposes innocence and darkness in equal measure; a tale of two actresses, amnesia and loss of identity. Mulholland Drive begins in a  familiar narrative path which eventually becomes darker, more allusive, more abstract as the film progresses. The imagery of Los Angeles night time boulevards and palm trees give a seductive, hypnotic quality in this film -a film recommended to be viewed late at night! 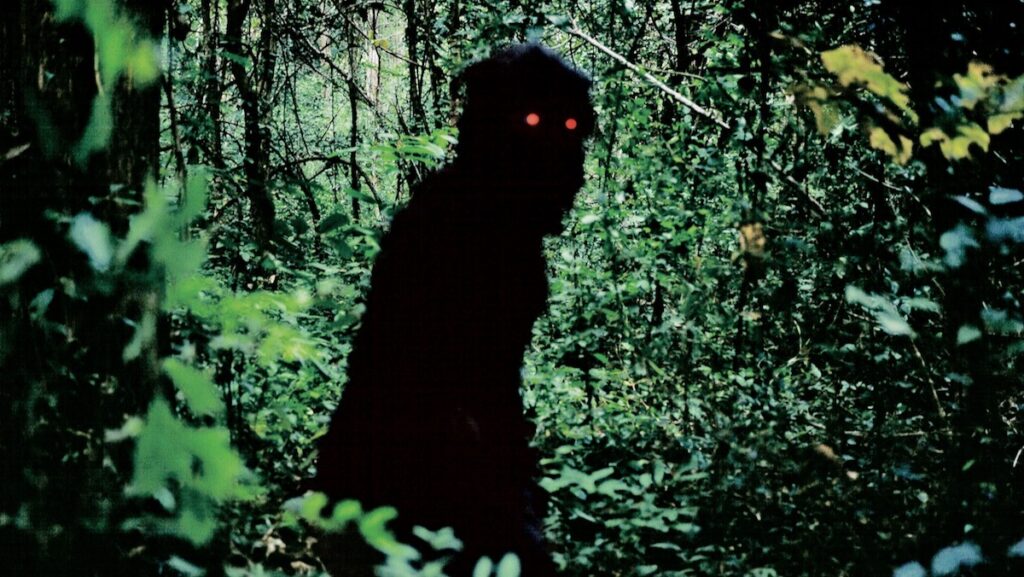 Thai director Apichatpong Weerasethakul, makes incredibly meditative films – set in very rural locations near the Thai, Laos border, and are categorised as ‘slow cinema’. Uncle Boonme concerns a man with an ailing Kidney condition, who receives vistations of  ghosts of his son and wife and hopes to reach them when he is reincarnated. Weerasethakul films are interested in ideas about memory and ‘objects and people that transform or hybridise”. While his films often delve into the supernatural and dream states as character experience powerful incantations, the films surreal effects are always grounded in a very blissful realism; his films make use of long shots and languid sequences that make use of silence, natural sounds and remote locations. Two of his earlier works, Tropical Malady and Syndromes and a Century are also heavily recommended.

Embrace of the Serpent by Ciro Guerra (2015) 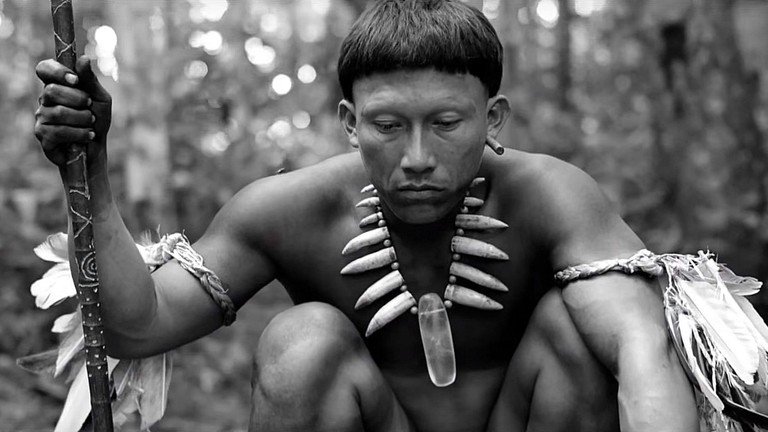 Embrace of Serpent is semi-historical black and white film, inspired by the diaries of real-life ethnographer Theodor Koch-Grunberg and ethnobotanist Richard Evans Schultes. The film follows two explorers’ encounters with Karamakate, an Amazonian shaman and last survivor of his tribe. Shot with non-actors and indegenous communities in the Columbian Amazon, the film explores the western discovery of rare psychedelic plant Psychotria Viridis, and vividly depicts how such sacred indigenous plants can be abused by colonial interventions and interference. Watch out for the poignant and illuminating colour sequence in which Evans is given a dose of Yakruna from a last surviving plant. 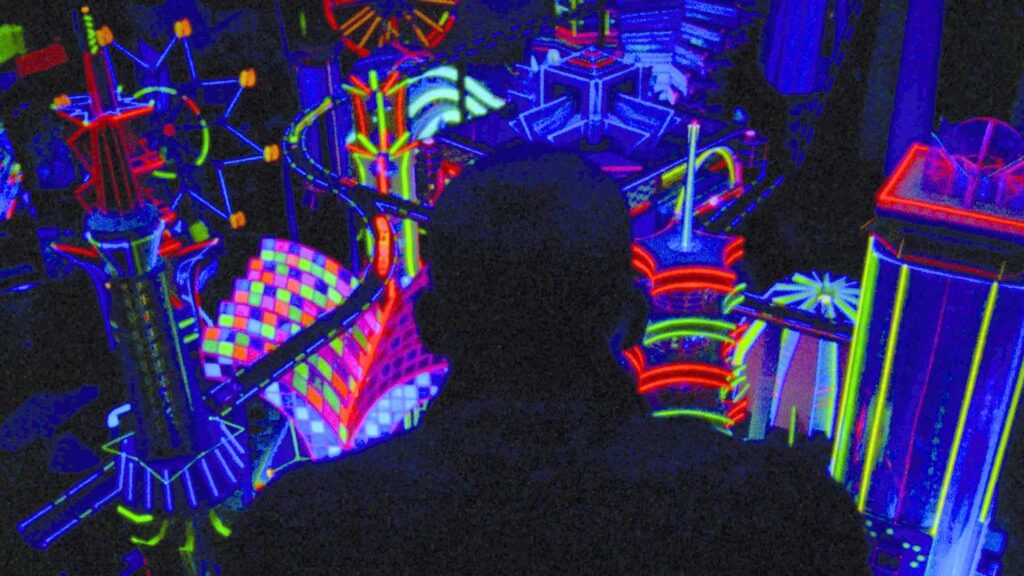 Gasper Noe’s neon-tinged, Tokyo-set Enter the Void, explores a young man called Oscar out-of-body experiences over one dramatic and fatal evening. Shot entirely from point-of-view, the film explores Oscar’s intense experience when taking DMT, and the dramatic turn of events that follow. After a fatal encounter with police, Oscar experiences a range of flashbacks and out-of-body observations as his spirit drifts above various scenes.

John on Enter the void:

This film is as trippy as they come. Noe envisioned this film in his early twenties whilst on magic mushrooms and worked on the screenplay for over fifteen Years before the film went into production. He made Irreversible, starring Monica Belluci and Vincent Cassel, as a way to generate funding for Enter The Void which was ultimately his passion project. An absolute visual feast, and like all of Noe’s works, is absolutely not for the faint of heart.

If you are interested in continuing to read about  psychedelic cinema of the modern era, I would like to point readers in the direction of Church’s excellent academic essay from Senses of Cinema about ‘Psychedelic film and spectatorship’.

Clearing: A Key To Psychedelic Preparation

Important Books in my Story
Scroll to top