Breathwork is a way of altering consciousness by breathing in certain patterns. This could be in different ways, for example, in long hard breaths, with no gap between the exhale and the inhale.

In the tradition of yoga, the practice of pranayama could be considered breathwork as it is a way of controlling the breathing to trigger shifts in awareness. Pranayama is often used part of meditation practices too, to help ground and centre before beginning the meditation. 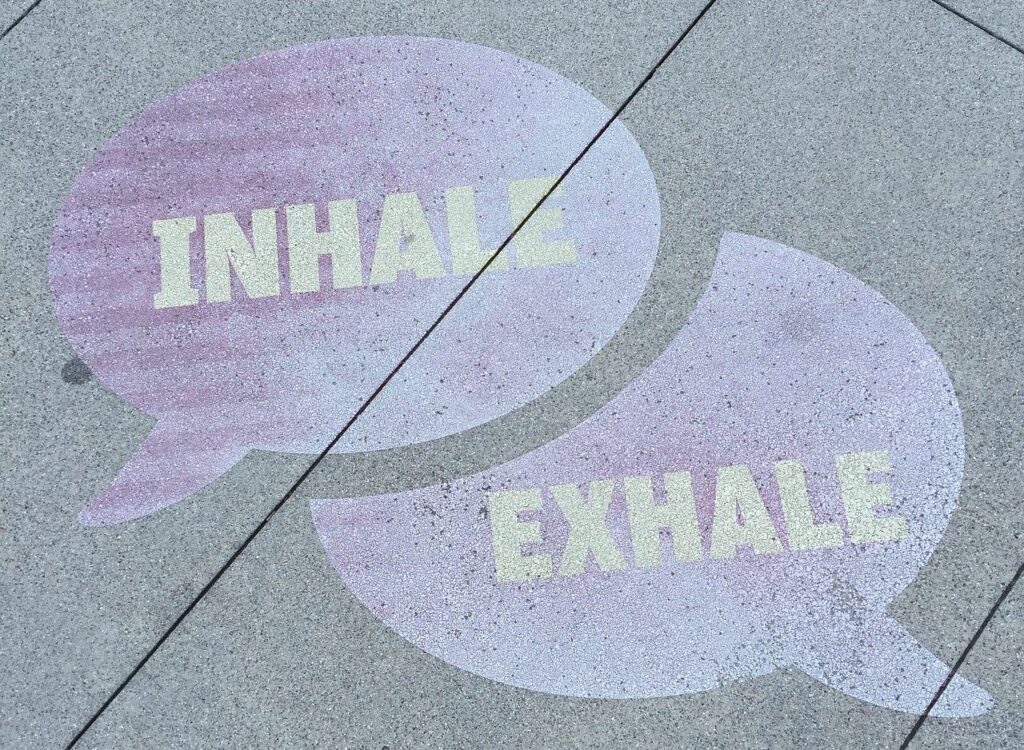 When done for longer periods of time, say 45 minutes to 3-4 hours, breathwork is capable of triggering quite notable shifts, to states that can be considered psychedelic. It is also as a tool for similar reasons such as self exploration, emotional release and personal empowerment.

Many people report very powerful experiences and the rebirth experience is common; where people go back and re-experience their physical birth. This can be helpful if the birth was a traumatic one and it can be a way to experience it in a different way.

Breathwork can also bring up emotions, allowing them to be released. Physically, there can be a tingling in the extremities, hands and toes, like they’re going numb, and this can be shaken out.

Breathwork as a psychedelic ally

Breathwork can be a good way of exploring altered states to see if you are suitable or ready for a psychedelic experience. It is pretty safe method to try as you can stop breathing if the experience starts to become too much. It can be a good warm up to deeper psychedelic work and Michael Pollan had this experience with one of the guides he worked with and wrote about in his book How To Change Your Mind, doing breathwork with his guide the day before his LSD session.

Breathwork can be used as an ongoing wellness or health practice and as such as a psychedelic integration tool. Also, it is more convenient than psychedelics in terms of where you can do it, seeing as breathing isn’t illegal anywhere.

I have done breathwork a few times with differing results.

The first time was on the UK Psychedelic Society Experience Retreat (now becoming Alalaho). We did an Osho chakra breathing meditation for 45 mins and I felt light headed but not much more. Others clearly had moving experiences though, one participant saying afterwards ‘ there was a moment in there where I felt like I could die’, and another saying that it felt like a continuation of their magic truffle journey the day before.

The second time I tried it was Transformational Breath, which is a more guided form of breathwork than most. I did this with a long time facilitator and breathwork teacher, one of the hosts at our venue with New Moon retreats, and it was a guided session with facilitators. This was quite an amazing experience and I ended the sessions with a few tears streaming down the side of my face as I lay peacefully, feeling a gentle sense of beauty. Some how in the midst of this experience I was reminded of some of my experiences with nitrous oxide.

Most recently I tried Neurodynamic Breathwork, through breathwork online. This was via a live online workshop through zoom. I had an interesting experience and got some creative ideas. It was also nice to be part of such an large group, around 100 people, doing it together, such that this format allows.

Although my experiences in breathwork have all been pretty mild compared to my psychedelic experiences, the last two were  worthwhile. Though I’m not exactly eager to do more, I am certainly open to it and would recommend it if you’re interested.

If you are curious, I can recommend Breathwork Online as a good place to try as they offer a free trial session. To make the most of it, I would recommend that you basically treat it as a psychedelic session, do work clearing before hand, set up your space well, turn off your phone and make sure to have those hours free. There is good preparation info on their website, and they also have some excellent integration suggestions which are also totally applicable to psychedelic sessions and worth checking out.

Wherever you are today, keep breathing!