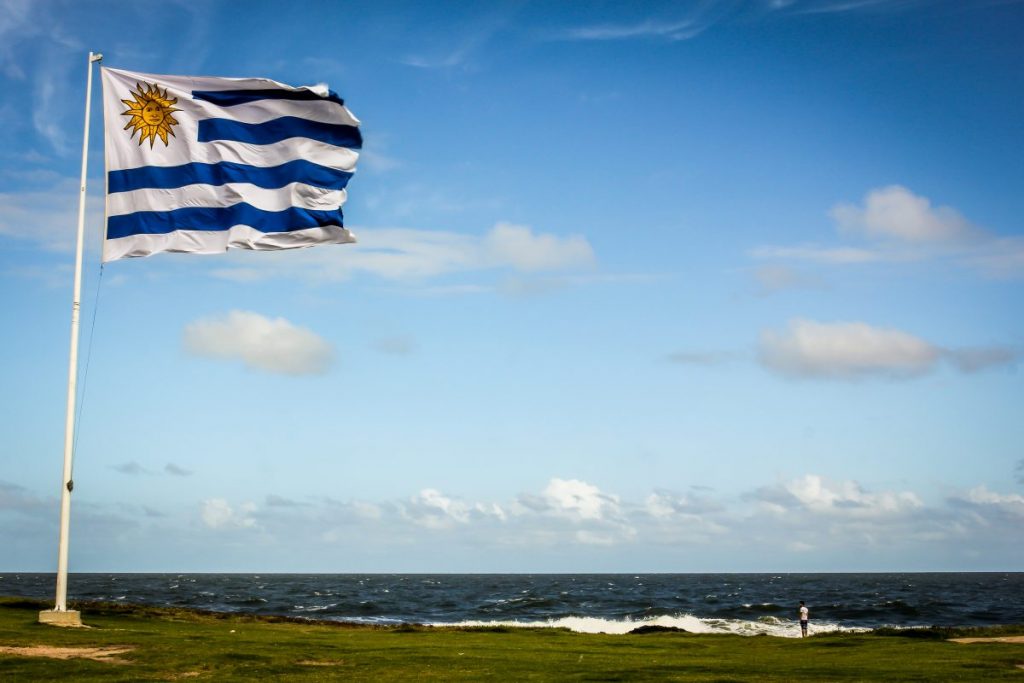 December 10th 2013. This was the date that the tiny South American nation of Uruguay broke new ground and became the first country in the world to (re) legalize marijuana. Jose Mujica, the leftist now ex-president who pushed the initiative, was hailed as a hero by stoners worldwide, and other countries watched on to see what would happen. As an occasional indulger of the herb and a supporter of legalisation, the country was a must-visit stop on my tour of Latin America. I ended up spending a month in the country and the weed situation wasn’t exactly how I imagined it. So what is it like?

As a tourist you’re not legally allowed to buy cannabis. That right is reserved for Uruguayan nationals and residents. Still, must be dead easy to pick up in a country where it’s legal right? Not so fast. Because of the incredibly slow rate at which the state is sorting out ‘government cannabis’, buying from licensed sellers isn’t an option because, to date, there aren’t any. This means no dispensaries, coffee shops, pharmacies, or any official outlet where one can go to legally buy cannabis. Sorry to shatter your weed-utopia dreams. Effectively, Uruguayans have to grow their own cannabis if they want to smoke it legally, or be given some by a friend. It’s not even legal for growers to sell their herb as their cultivation hasn’t been overseen to match government regulations. I know, not quite how I imagined the first country in the world to legalize cannabis either. 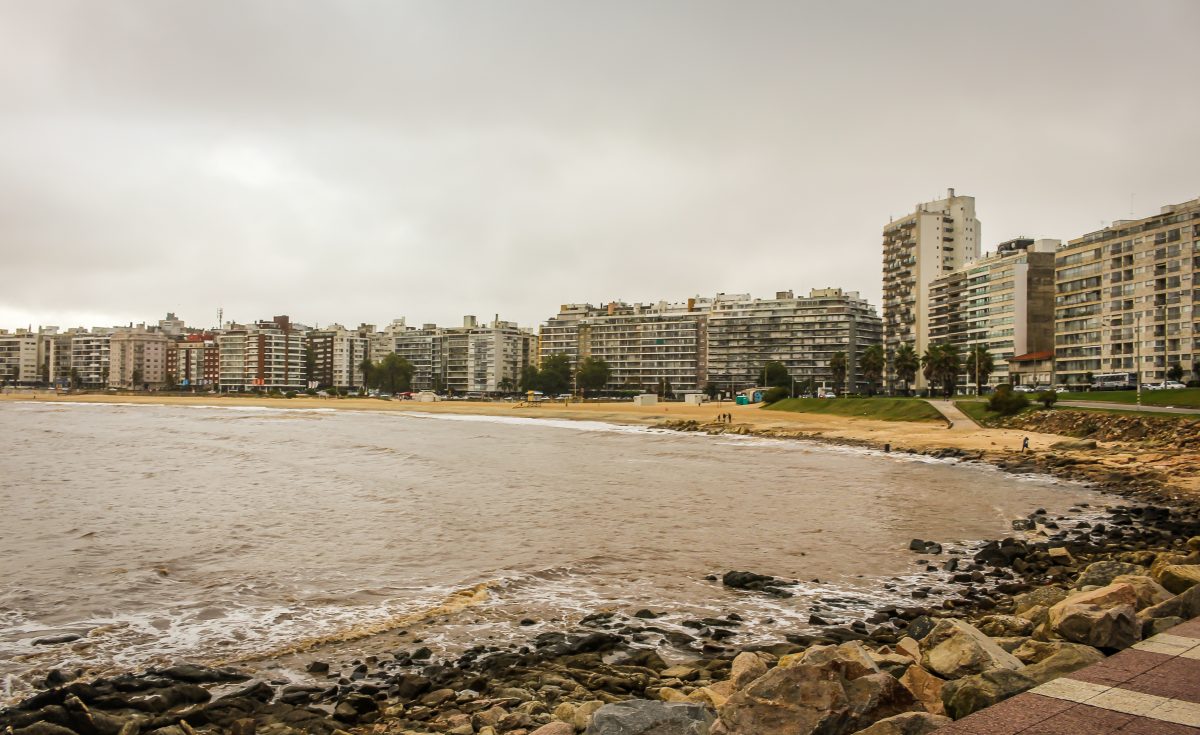 With that said, you’ll have to buy weed illegally from a home grower. Yes, still black market! This makes finding weed a little more difficult than you might’ve expected, but not that difficult. Asking around in hostels will likely find you some leads, but its certainly not guaranteed – a friend and I had a few fruitless days searching in Punta Del Este, luckily the remains of his stash held us over until the day we found more – by a stroke of luck, meeting a local on the street. The herb found me on more than one occasion, but usually as being invited to smoke with others rather than as an opportunity to top up my personal stash.

Because you’re buying on the black market there is no official price and how much you pay will vary. Uruguay is not a cheap country in general and the price of the weed reflects this. Typically you’ll pay more in tourist areas, at the upper end expect to pay the equivalent of UK prices – £6 / $7.50 per gram. The price can drop down to about half that, and if you’re lucky you may well be gifted some by a proud grower or just some friendly dude, as I was on a couple of occasions. 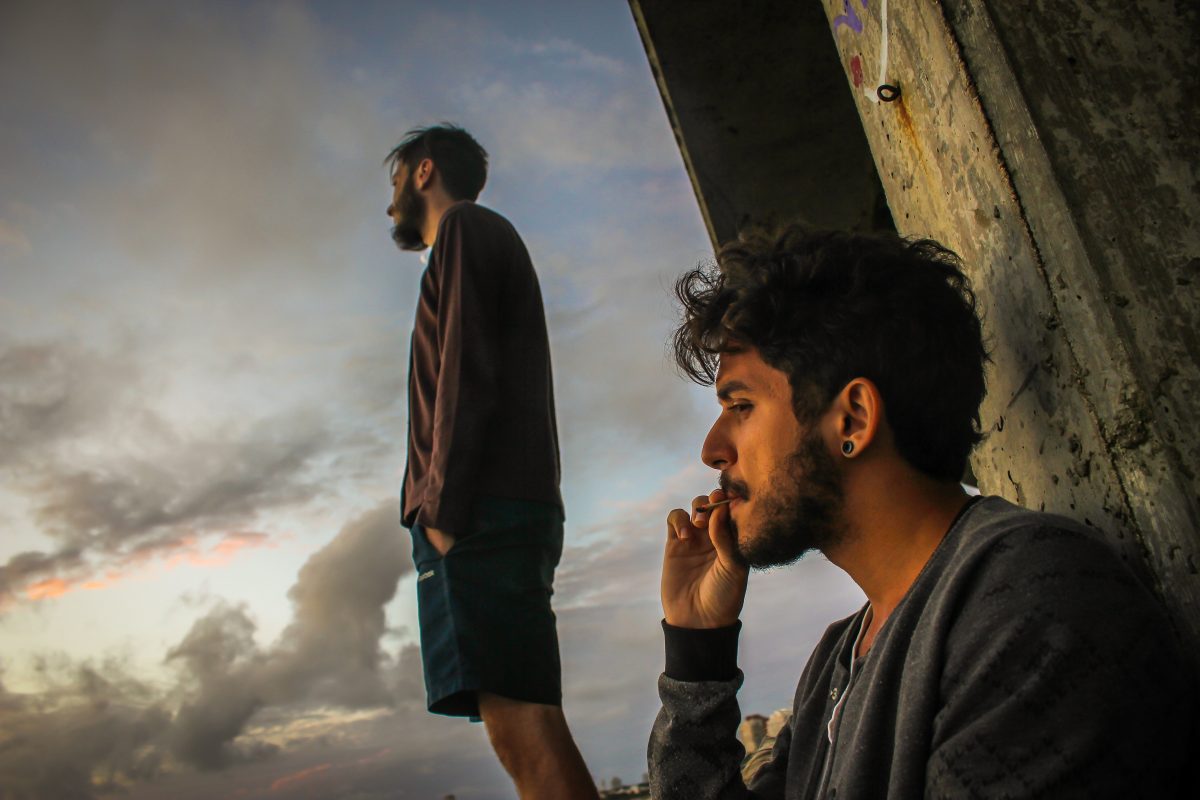 Enjoying a J on a fisherman’s pier, Punta Del Este.

Tourists can expect to pay more so if you have a Uruguayan buddy who can buy for you, you’ll almost certainly get a better rate. This happened to me in Cabo Polonio; I first bought some at the equivalent of UK prices then later befriended a local who went to the exact same guy, paid a bit less cash, and got a bit more green.

Because of the non-existence of official sellers, you won’t find the choice of herb or product that you would in other locations with progressive laws. Menus of strains like Amsterdam? Forget it. Choice of edibles like in Colorado? No such luck. It’s pretty much as it would be anywhere it’s illegal – you can’t be picky, you will get what you are given – if it’s weed it’s weed, and you can buy it or not. 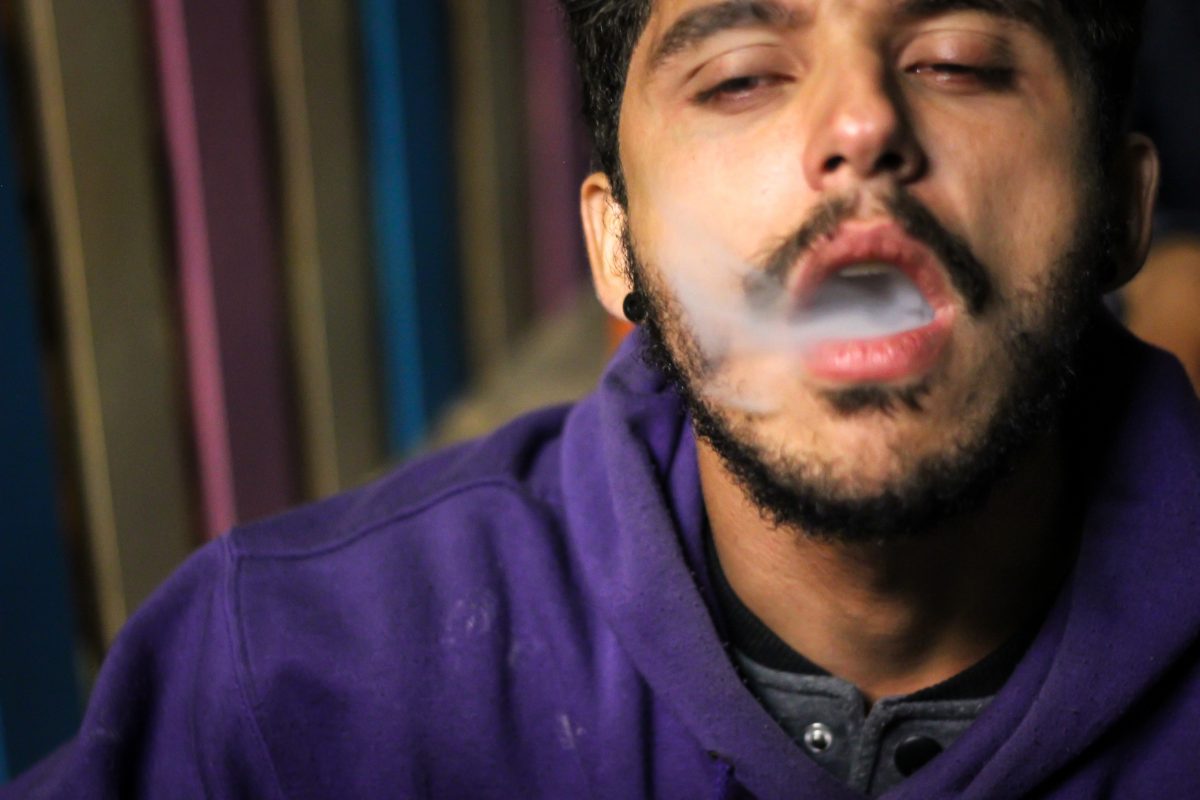 This is where Uruguay comes into its own and all the troubles of obtaining the herb are forgiven. As the only illegal bit is the exchange of cash, once you’ve obtained your weed, you’re golden. The shady part of buying is over and you can smoke it anywhere you like. There are no coffee shops or designated chill spaces but really they aren’t necessary because aside from enclosed public spaces (bars, restaurants, offices etc.), you can smoke anywhere you like. Yes, anywhere. With its beach lined coast Uruguay has no shortage of great spots to stop and melt into a stoned haze. Tucked between Brasil and Argentina, the country has a large musical influence from both and weed-infused local drum or music jam nights provide a great atmosphere to get dazed. 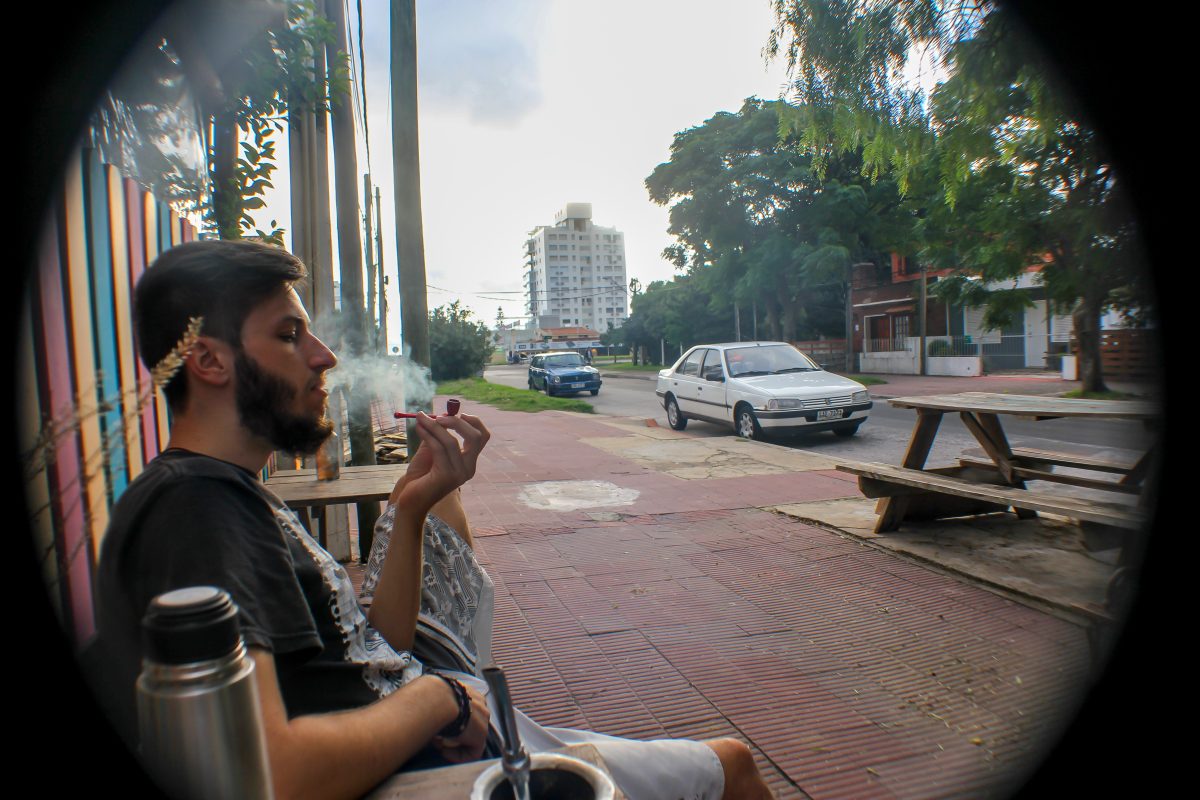 Smoking freely on the street

Weed is no big deal in Uruguay. It was as novel as it was refreshing to see workers lighting up and sharing a joint with a tea on their break – just as one might see workers on a ciggie break. Noone, besides myself, batted an eyelid. While waiting for a bus at the Montevideo terminal, a middle aged lady came and asked me for a light before smoking her joint nonchalantly in front of, amongst everyone else, security guards. Of course, in terms of where you can and can’t legally smoke, weed and tobacco are the same thing. To me, the scene was peculiar, smoking so casually and carefree in a public space was an alien concept; the dodginess of smoking or carrying weed has been so deeply ingrained in me. I’ve lost count of the amount of sneaky or covert joints I’ve smoked; retreating to rooftops, leaning awkwardly out of bathroom windows, scanning parks for potential sources of trouble. Really though, there should be nothing strange about it; I know too well by now that tobacco and alcohol are far more dangerous than weed, but because of my cultural programming the sight was a novelty. The novelty extended to when I finally had my own weed and was free to smoke without worries. I can’t understate how liberating this was and the novelty didn’t wear off during my month in the country.

The Myth Of Legalising Weed

The notion that everyone will start smoking and the population will become lazy was shattered on my trip to Uruguay. In fact, I was surprised by how few locals smoked during my visit. I guess its like how alcohol is treated in France and other European countries; once the repression and stigma are removed, so is the urge for abuse – it’s no longer a big deal, or ‘cool’ because it’s illegal, it’s just a choice people can make for themselves. I’m not saying there are no potential dangers to smoking weed and that no Uruguayan potheads exist, but it doesn’t seem that criminalizing the drug does any good to minimize them. Legalization bit over, you know my stance.

The situation around obtaining weed makes Uruguay far from the stoner’s utopia. That being said, I can’t understate how nice it was to be smoking out and about without looking over my shoulder or some paranoia creeping in. My buddies and I continually used the phrase ‘sin prisa’ to describe our experience of life in Uruguay. It means ‘without hurry’, because when we were cycling around and stopping off for joints, that’s exactly how we felt; totally relaxed and without haste. There was no sneaking down quiet alleys or rush to ‘burn the evidence’, and to me, that’s exactly how weed should be enjoyed; in the moment and savoured. (And as a medicine for those that desperately need it too of course!) And that is why the experience of smoking in Uruguay was unique, in the best way.