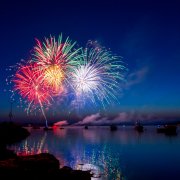 Challenging experiences often end up being our most valuable and offer the most opportunity for learning and growth. This year has been challenging to many of us in many different ways and as such provides plenty of fuel for a fruitful end of year review.

Today I have 2 questions that allow you to do year review and allow the lessons from the year to sink in a little deeper. This was a historic year, and in the future, when people ask: ‘how was 2020 for you?’, you will have a pretty nice idea 😉

I encourage you to take an hour or two to sit down and journal your answers to these 2 questions.

1. What were the most significant events and experiences of your year?

If you need further prompting, think… emotional, spiritual, physical, mental.
You can make a timeline and run through January to December

What were your biggest lessons? What was the universe trying to teach you in 2020?
Your timeline of the year will be useful as a reference point here.

The first question should begin to make a narrative of your year and your story arc as the year progressed. The 2nd will help to consider the lessons and make you more aware of them. With just these 2 questions and a little bit of time, you will be able to unpack a lot a have a fruitful end of year review. 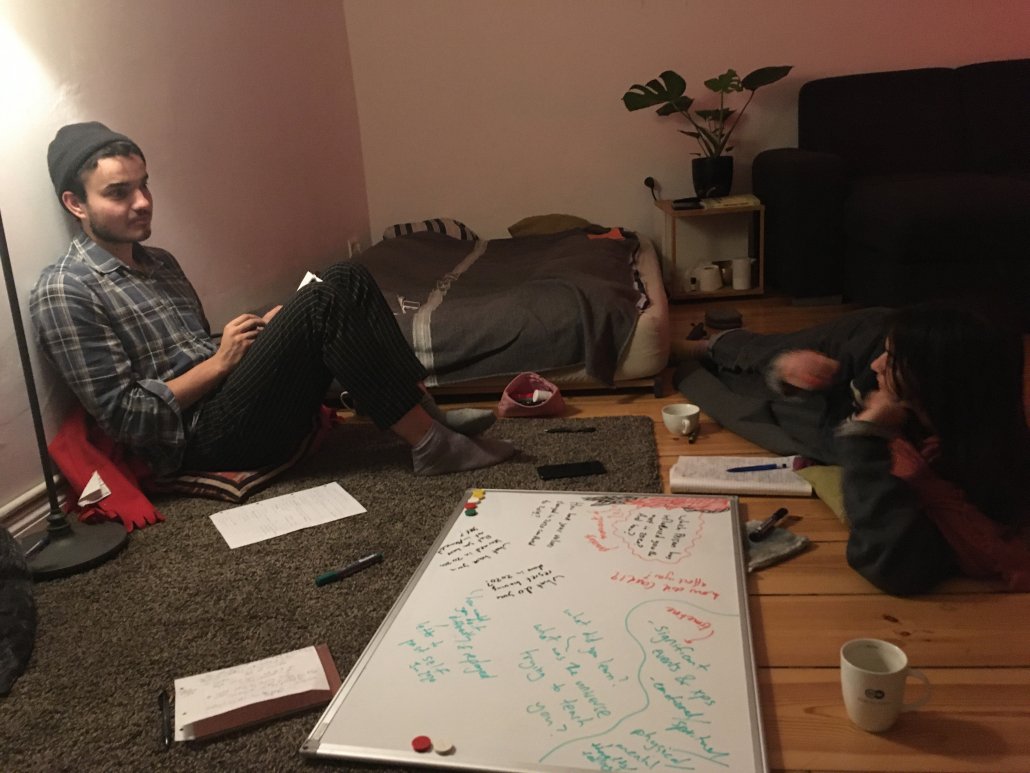 If you have a friend or friends that are interested, you can do it with them as a group activity. I had a great time doing this with some friends recently. The group dynamic and hearing about each others journeys over the year allowed further opportunities for connection and reflection. It worked well to have a round for sharing after time for journaling on each question.

You can also come up with some other questions together that might be fun. Here are some others we came up with:

How did COVID 19 affect you?

Which people influenced you the most in 2020?

This was a really fun one. You can do this one as a countdown, like a top 5 or top 3.

What occupied your time this year?

How did you spend the minutes and hours that made up this year? What were the projects you worked on? What were your habits? Who were the people you were around? 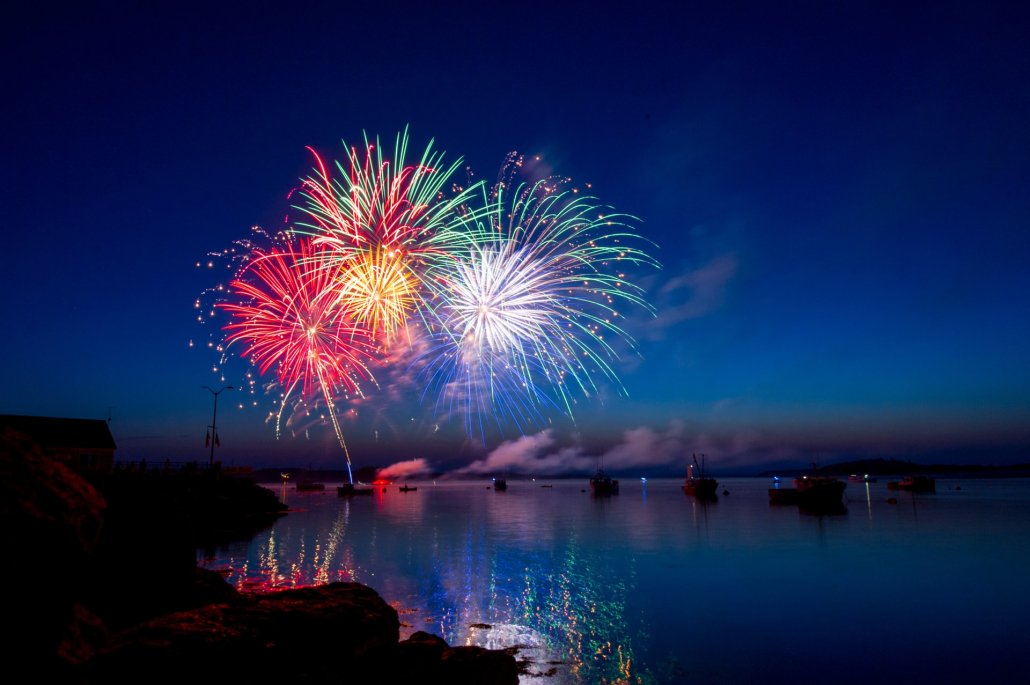 Who knows what the year ahead is going to hold but with a little reflection at the end of this year I’m sure you’ll find some direction to head into 2021. I wish you happy holidays and an excellent start into the new year. 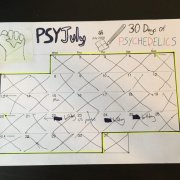 Last month I completed my most difficult 30 day challenge yet; publishing a new blog post about psychedelics every day for 30 days of July.

It was an incredible month packed with synchronicities and very meaningful to me in terms of challenging myself and cultivating a growth and exploratory mindset. I can say that it has been one of the most interesting months of my life and so many things occurred, not all clearly because of the challenge, but in ways that I don’t think were entirely coincidental.

I’d originally planned to do a review on the final day of the month but in the end needed the time to prepare for a work trip to the Netherlands. I just arrived back on Wednesday and today wanted to take the time to sit down and review the challenge and allow the lessons and all that passed to sink in a little deeper.

Going into the challenge I was both excited and nervous. At the start of July I’d averaged around one post per month on the blog so this was effectively multiplying my output by a factor of 30 – no small amount. However, I knew that my slow rate was due largely to overthinking and perfectionism and the idea of making a jump that was so ridiculous in this regard was that I knew it would push me to overcome this resistance and through whatever was holding me back.

I learned an incredible amount about my writing process and was able to experiment with different ways of approaching writing articles, from structuring, drafting and also using different writing tools.

It was a challenging process and although letting go of those perfectionist tendencies was one of the main difficulties, there were were other hurdles such as days when I didn’t feel that motivated or inspired, and other days when I was tired and was still faced with the fact that I still had to crank out another piece. There were also some very personal things I wrote about which I’ve never shared in public and was nervous about posting online.

At those difficult moments, there were many things which helped. Here I will share a few of those things and I believe these will be most useful for me to remember going forward into new challenges.

Fully committing 100% to completing the challenge beforehand helped me to find ways and solutions through tight spots. The biggest example of this came on day 11 with an unexpected obstacle.

I was out on my skateboard early on the Sunday morning (I have found weekend mornings are the best times to skate as the city sleeps and you have the roads to yourself). One third in to the 30 days of publishing, I was feeling great about my creative output and in an excellent mood. The sun was shining, I had music playing in my headphones and, skating on some newly paved smooth ass roads, I felt on top of the world. I busted out a few new tricks that I haven’t in a while and was getting a little bit cocky. What happens when you get too cocky? You get a hard lesson.

Flying down the road on my way home from Alexanderplatz I attempted something I haven’t landed in years, and clipping the curb, fell hard. After lying on my back for around 15 minutes, making strange noises whilst I dealt with the pain, I picked myself off the tarmac and with a blood stained T-shirt, gingerly got myself home.

With my cuts and scrapes cleaned and bandaged up and an icepack applied to my right elbow, I was OK, but I’d totally lost the use of my right arm. No movement whatsoever, I couldn’t use my fingers, I couldn’t use my hand. The whole right arm was immobile and in a lot of pain.

At this point I might’ve thought that maybe I can’t go on with the challenge. After all, losing all use of your dominant arm is quite a setback if you are planning on writing. However by this stage I was so committed to the challenge that I knew I had to find a way.

I began dictating my first draft directly into Google Docs using voice typing and did my editing one-handed with my left hand. This editing process was tedious and time-consuming, but determination and resolve kept me going and I feel like I really strengthened these muscles through this trial. Fully committing to the decision to finish 30 days is something that ultimately pushed me through and kept me determined.

In this regard taking the time before hand to think about why I was doing it and having clear intentions very much helped me.

When stuck in some way, revisiting my original intentions helped a lot. I was able to remember why I was doing this and use it was a compass and impetus for action. There were many occasions when I started to get a little bit jammed or doubting and one of my intentions absolutely cleared up the issue for me and gave me a clear focus and direction to move forward.

Seeing the month as an experiment very much helped to let go of perfectionism. I was able to tell myself that it was an experiment and that I would gain valuable data whatever happens and whatever I put out. This is one of the most useful mindsets I’ve found in terms of growing and something I wish to continue to cultivate.

The first week was difficult and I had to overcome a lot of resistance to hitting the publish button when I was not happy with what I was putting out. Fortunately I had a very busy month outside of the writing challenge and though that might seem like the worst time to do such a challenge, it was actually a blessing. It pushed me to hit publish early in the day so that I could move on and get on with the rest of my day. It meant that I couldn’t afford to continually edit or try to refine the post.

I would set a deadline early in the day, do the piece to the best that I could by that time, publish it, and then move on. When my deadline came, usually around 10 or 11 am, I would remind myself that the point was to practice hitting publish even whilst not being satisfied with the final piece. Some days I really didn’t want to publish, but coming out the other side can say it was definitely worth it. I always have the opportunity to revisit and edit pieces in the future if I like too.

There is plenty more to this, but alas I am out of writing time and need to move on with the day. I’ll continue in a part two of this post soon… see you next week!