It can be hard to make sense of the mysterious experiences and unfamiliar realities we are plunged into in deep psychedelic states. For this reason it can be useful to have some kind of map of the psychedelic terrain.

In his book LSD and the Mind of the Universe, Christopher Bache follows Stan Grof in using three categories to distinguish different states of consciousness that are accessed in psychedelic and holotropic breathwork sessions. Bache calls these “platforms of experience”. The book is a treasure trove of theory for psychedelic explorers, and this post will be the third in what has unwittingly turned out to be a series of blog posts based on concepts drawn from it.

In this post, I will give a little background on these terms and then outline the three levels based on Bache’s explanation. Bache distinguishes between three “platforms”, which he terms  psychic, subtle and causal. 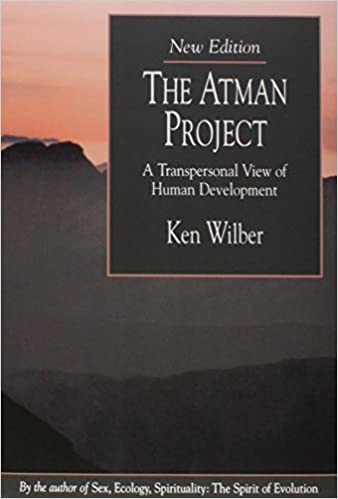 The terms psychic, subtle, and causal were first coined by Ken Wilber in his 1980 book, The Atman Project. Wilber drew from Hindu and Buddhist sources and used them to label the evolutionary stepping stones on the psycho-spiritual journey. Wilber’s model, which also included non-duality, had four stages and culminated in non-dual spiritual enlightenment. In his outline, Bache does not include non-dual as a separate state as he found it to be an inherent feature of causal consciousness.

Stan Grof’s description was phenomenological rather than hierarchical. He didn’t use the terms to describe an ordered sequence of  levels on a path as Wilber did, but rather to distinguish coexisting dimensions of consciousness, each with its own characteristics.

Before beginning, it should be noted that Bache’s explanations accept the premise of reincarnation. I am not presenting this as truth, but write here to share ideas.

At the psychic level one leaves physical reality and enters a spiritual realm. There remains, however, the sense of a separate self, as one’s conditioning from space time carries over. The experience is therefore that of being a separate spiritual entity amongst other discarnate entities. Our experience is still that of ourselves, but without our body. I would still be me, John, but disembodied, my ‘discarnate self’. Psychic level experience has a soul-centric quality to it, meaning that one will experience the soul, or ‘psyche’ of their current life.

At the subtle level one perceives the larger realities and more fundamental building blocks that make up life. One still has an experience of separateness, but the separate parts are larger and more basic than at the psychic level. If our separate selves are the individual rooms of a skyscraper, the parts we experience in subtle consciousness are like the steel girders of the building. We can begin to see the deeper architecture of what we call existence.

One may experience the collective consciousness of our species, or even of other species, and the archetypical forces that make up space time. Going deeper than the individual self, one may open to an experience of the spiritual self that reincarnates as many different forms through different lifetimes.

Here is a line from Bache that made me laugh:

“I’ve always thought that “subtle” was a strange name for this level of consciousness because there is really nothing subtle about it at all. Quite the opposite, in fact”.

The first signature of causal consciousness is Oneness. Though Oneness may show up in one way or another at the other levels, as it is a fundamental truth of existence, oneness takes on another quality at the causal level. There is an experience of the universe moving as a single entity. There is no way of perceiving this Oneness from outside of it as it is the whole thing. Experience of Oneness at this level is the totality of existence perceiving itself, so any sense of separation is gone. Light, as with Oneness, may also show up in other levels, but is more refined at the casual level.

These platforms of experience form just one cosmological map and there may be many other ways of mapping spiritual (non-physical) experience. The Psychedelic Experience, a manual by Leary et al. based on the Tibetan Book of the Dead was another map of consciousness, and I I have also heard that the Bhagavad Gita can be used.

Ultimately though, the map is not the territory. I believe Bache said it perfectly:

Without any kind of frame for understanding, the new and at times intensely unfamiliar and alien realities we can visit in sessions can be disorienting, even once we have returned to normal consciousness. We may not know what to do with these experiences, and without sufficient context or points of reference and this can lead to feelings of bemusement or confusion.

This was certainly the case for me after my first DMT experience, and to a degree, my first LSD experiences. With no real place for these types of spiritual experiences in a culture where reductive materialism is a prevailing worldview, I found solace in Buddhist texts, which helped me to integrate these non-ordinary experiences and offered instructions on how to navigate them.

For explorers heading into new territories, having some kind of map or frame can be of great use. With this in mind, I encourage psychonauts to mentally try ideas like these on for size when embarking on a path of deep exploration.

How To Meditate: A Beginner’s Guide
Scroll to top