Peyote is a small spineless psychedelic cactus native to Mexico and southwestern Texas – scientific name Lophophora williamsii. Peyote contains psychoactive alkaloids, and like the San Pedro cactus, the main one is mescaline. 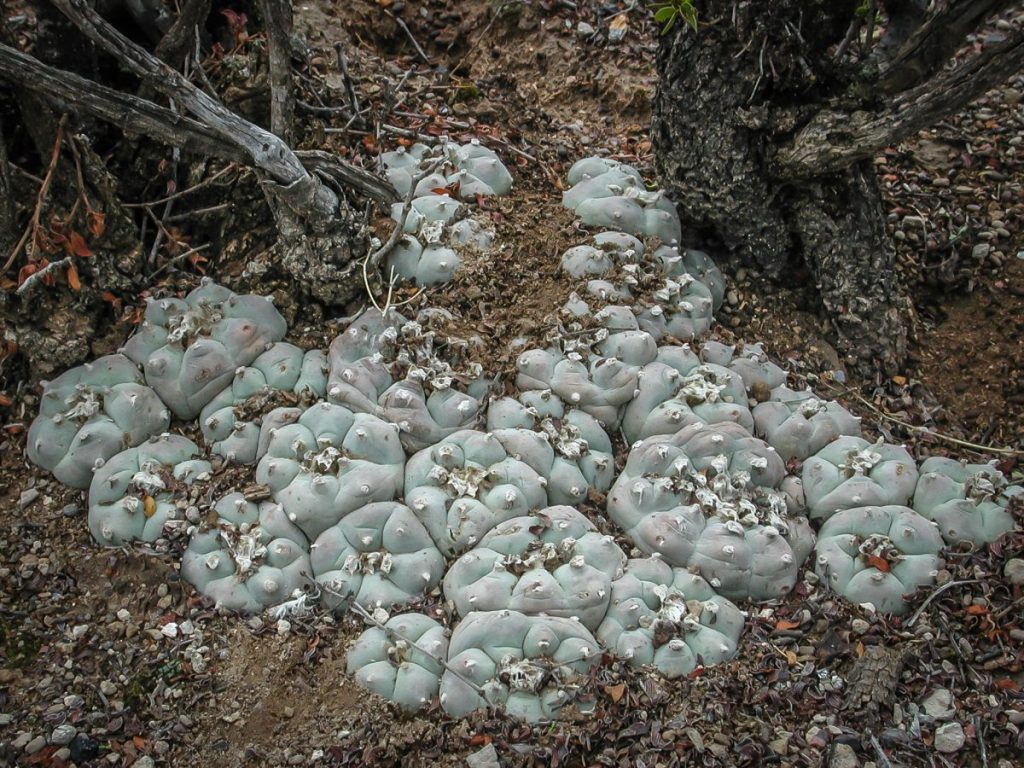 Peyote cactus, known as ‘hikuri’ to the Huichol people of Mexico

Peyote has a long history of ritualistic and medicinal use by indigenous Americans and continues to be used as an entheogen by people worldwide today. It is reportedly capable of triggering states of deep introspection and insight that have been described as being of a metaphysical or spiritual nature. In addition to psychoactive use, some Native American tribes use the plant for its curative properties; to treat all kinds of ailments, from various types of physical pain to fever and skin diseases. More commonly, ointments for pain are made with peyote and sold on the streets of Mexico. 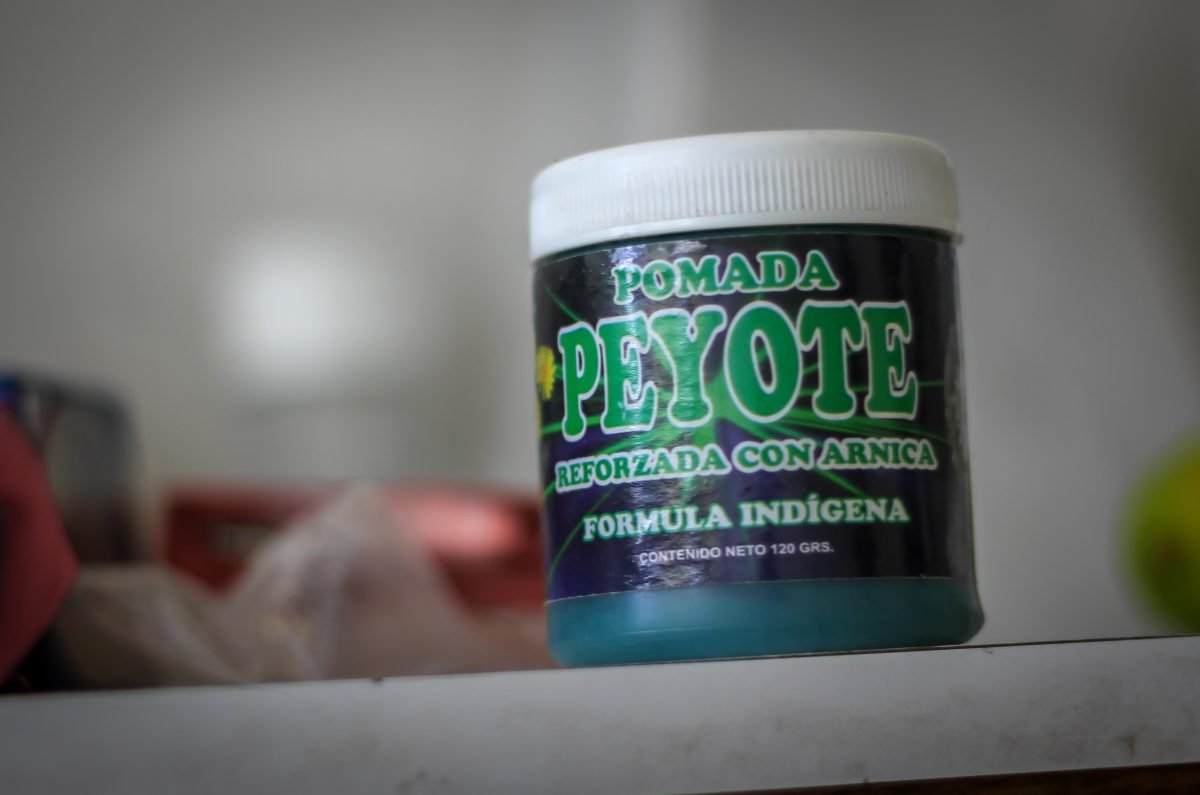 An peyote ointment for pain, sold in Mexico.

In Danger of Extinction

Peyote’s Natureserve conservation status is a G3, meaning that as a species it’s vulnerable on the global level. This is because, despite not being used that commonly worldwide, it’s extremely slow growing and the number of people on the planet consuming peyote exceeds the species’ ability to regenerate. 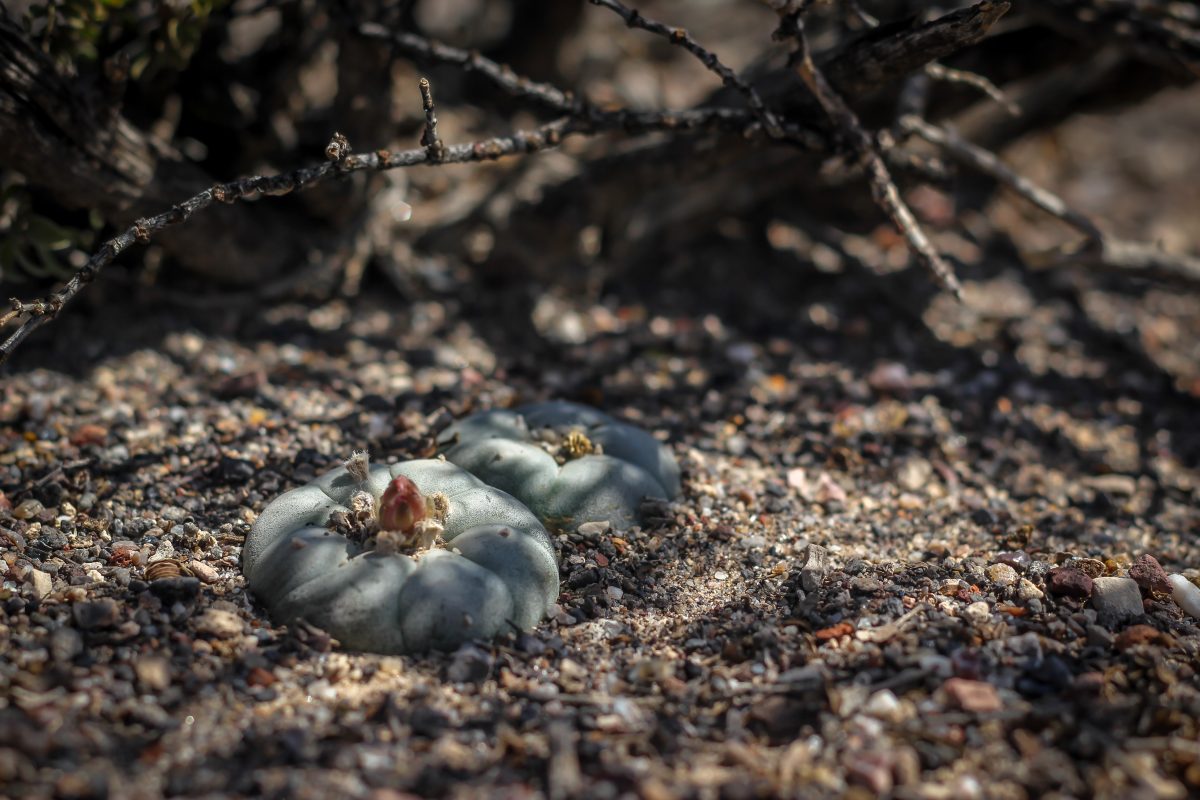 A couple of baby peyotes

The main problem is not that people are picking peyote, but how they are picking it. If the entire plant is pulled from the earth then the roots come with it and that’s the end of the plant’s life cycle. For the cactus to live on, only the head (the green part that grows above ground) should be removed. This leaves the roots intact in the earth which can then form a callus and grow back. The head is actually the valuable part – that contains all the mescaline – so there isn’t really any need to take the root too. 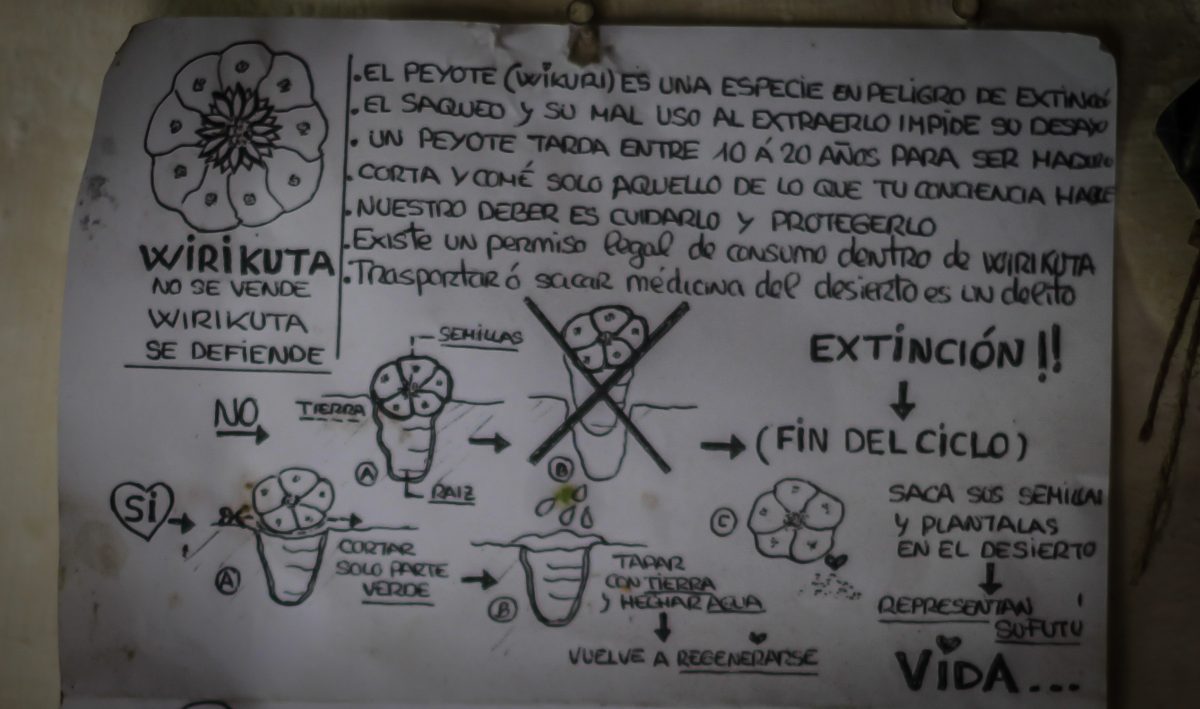 A paper containing information on the proper harvesting of peyote cactus – found in a house near to the desert in San Luis Potosí, Mexico.

How To Pick Peyote

If you’re planning to pick peyote, here is a method which leaves the roots intact, allowing the peyote to regenerate and grow back. You’ll need a piece of string, nothing more. Any type of string will do so long as its thick enough that it won’t snap too easily – think shoelace. [If you have a knife – check this video]

1. Firstly, you’ll need find a peyote. In Mexico it typically grows in the shade of this shrub. Can you spot the peyote in the first picture below? 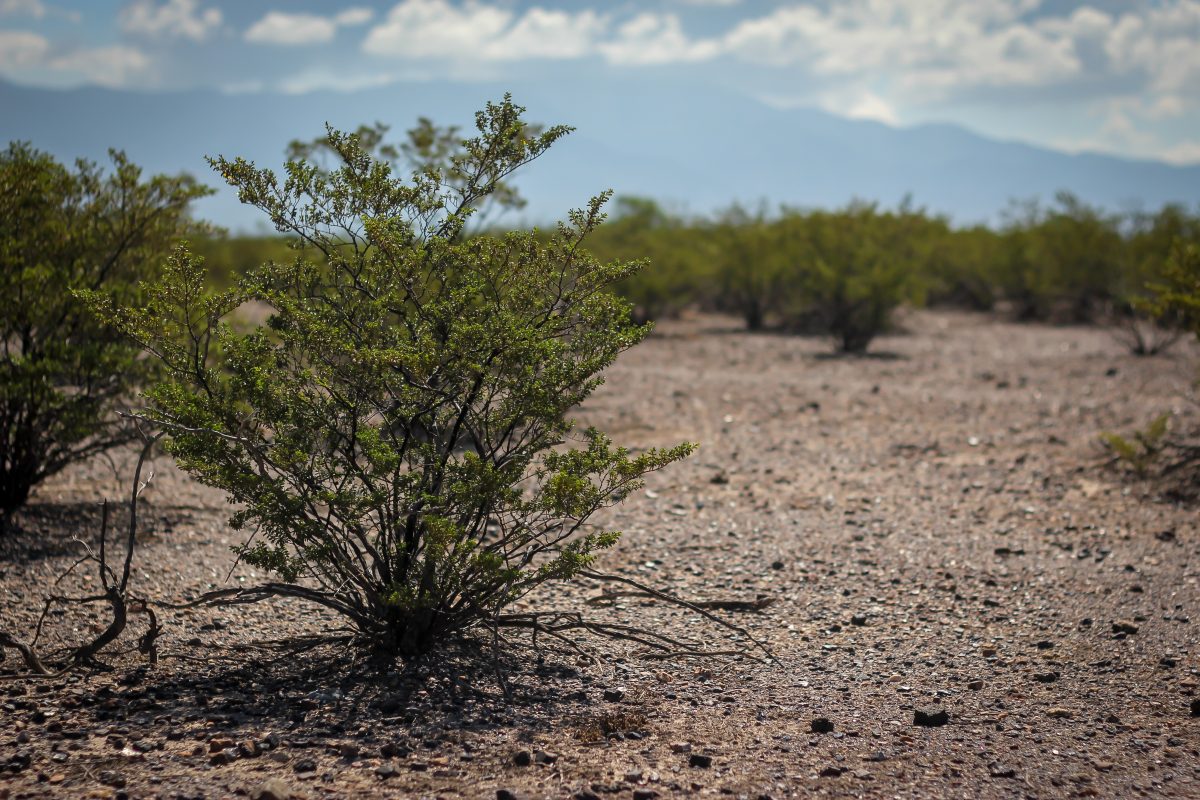 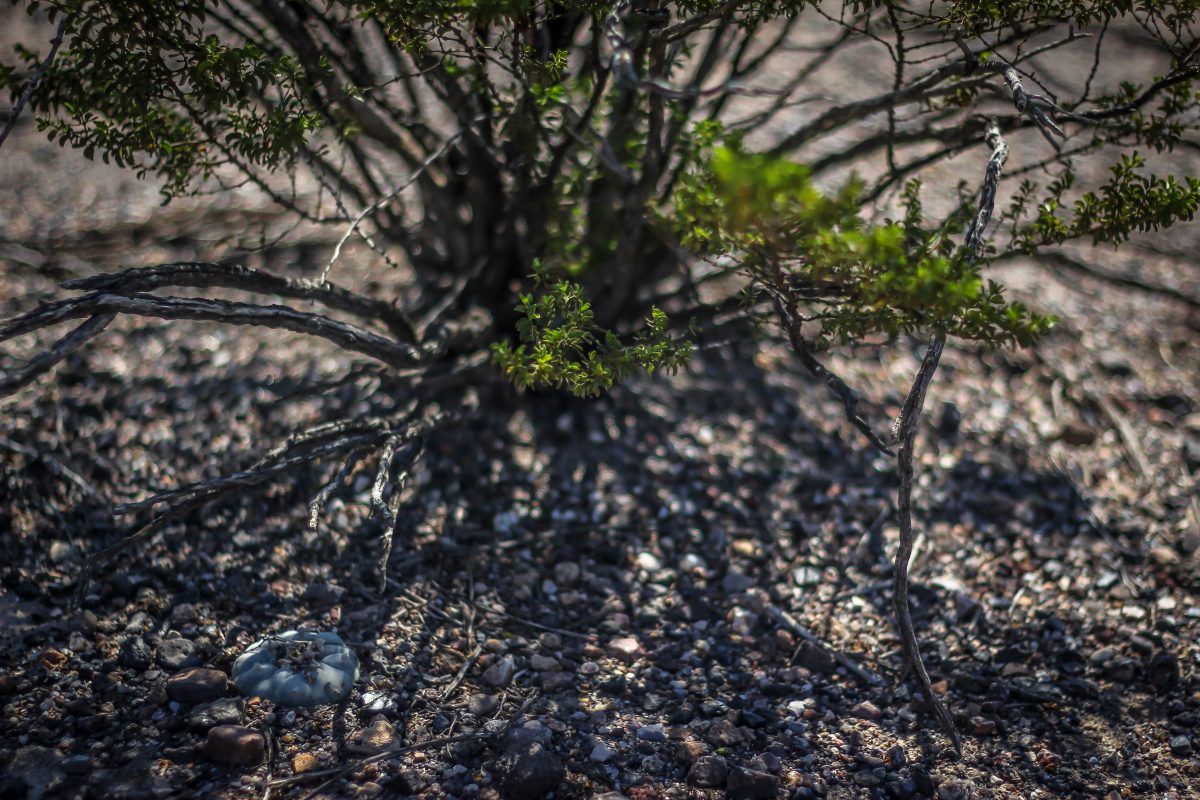 2. Found it? Nice. Now clear the earth around it, making what is like a small moat. 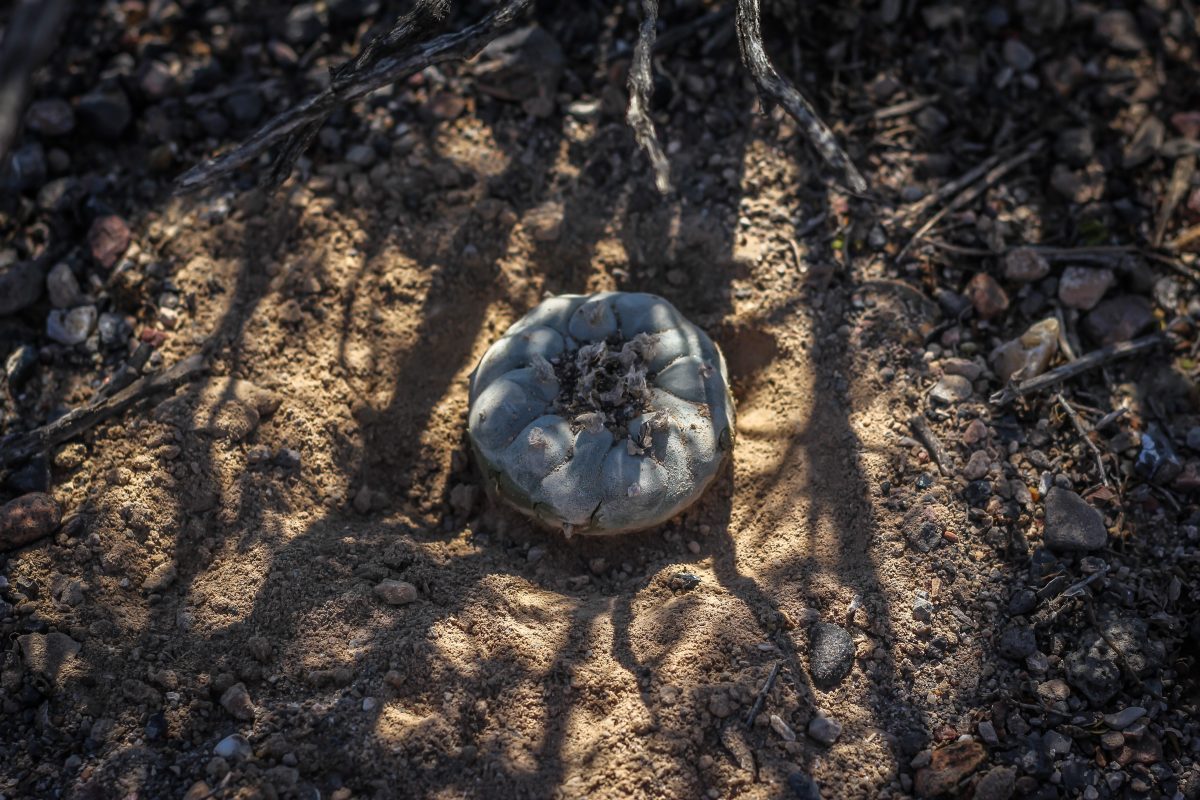 3. Loop the string around it at ground level, as if you’re going to choke it. 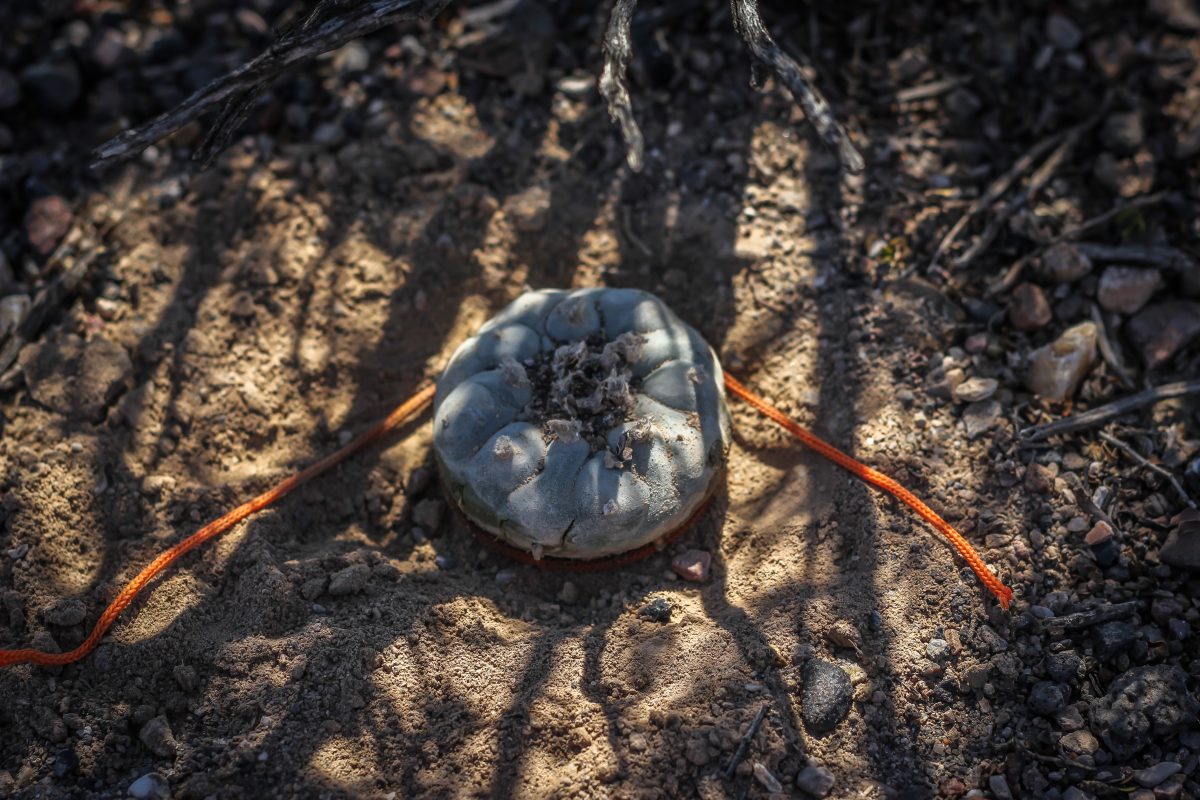 4. Pull the string tightly from either side so the string cuts through the flesh, beheading the cactus. This will leave the root intact, and you with the head. 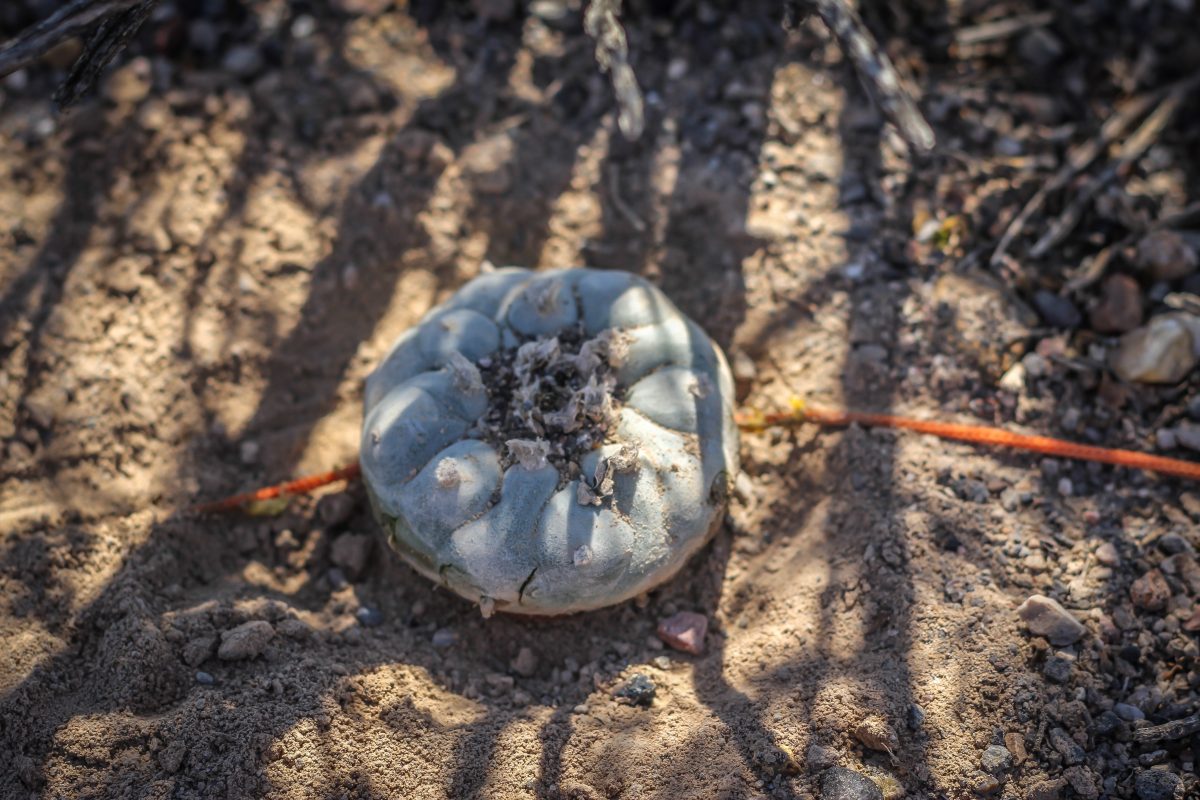 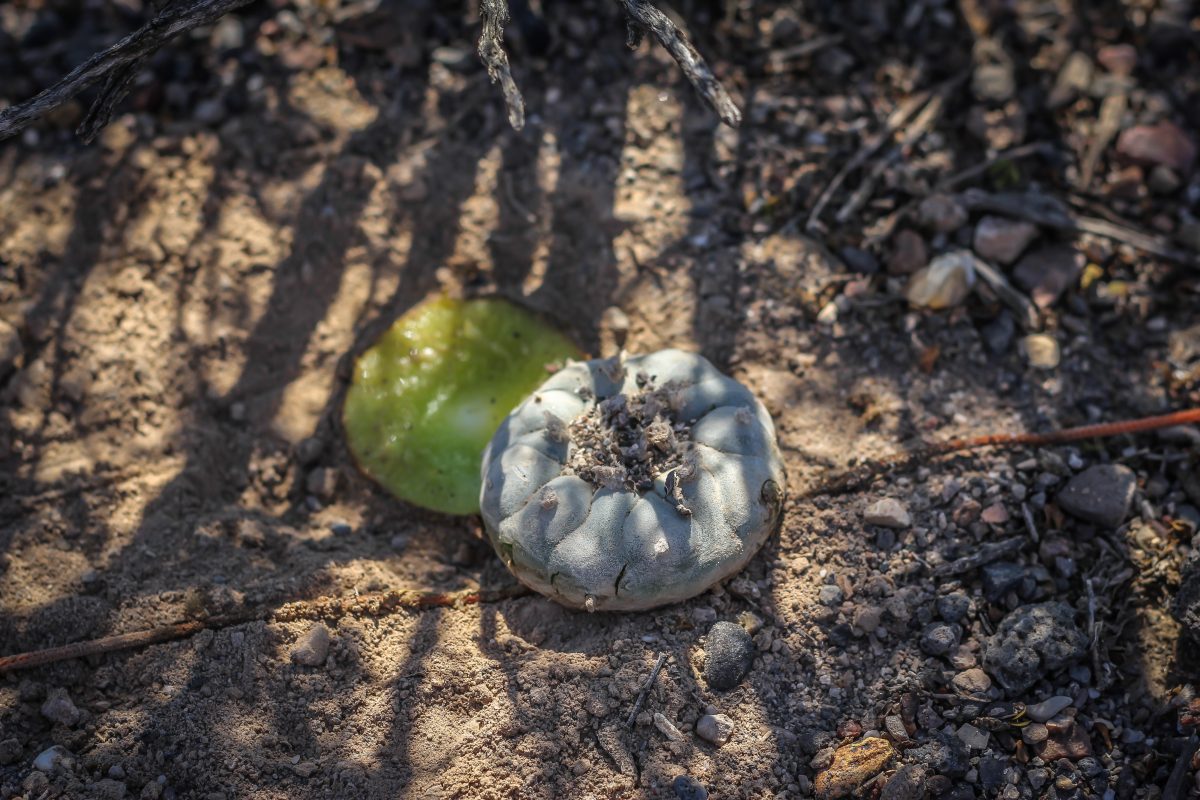 5. Cover the remaining root with some earth, and sprinkle a few drops of water on top. 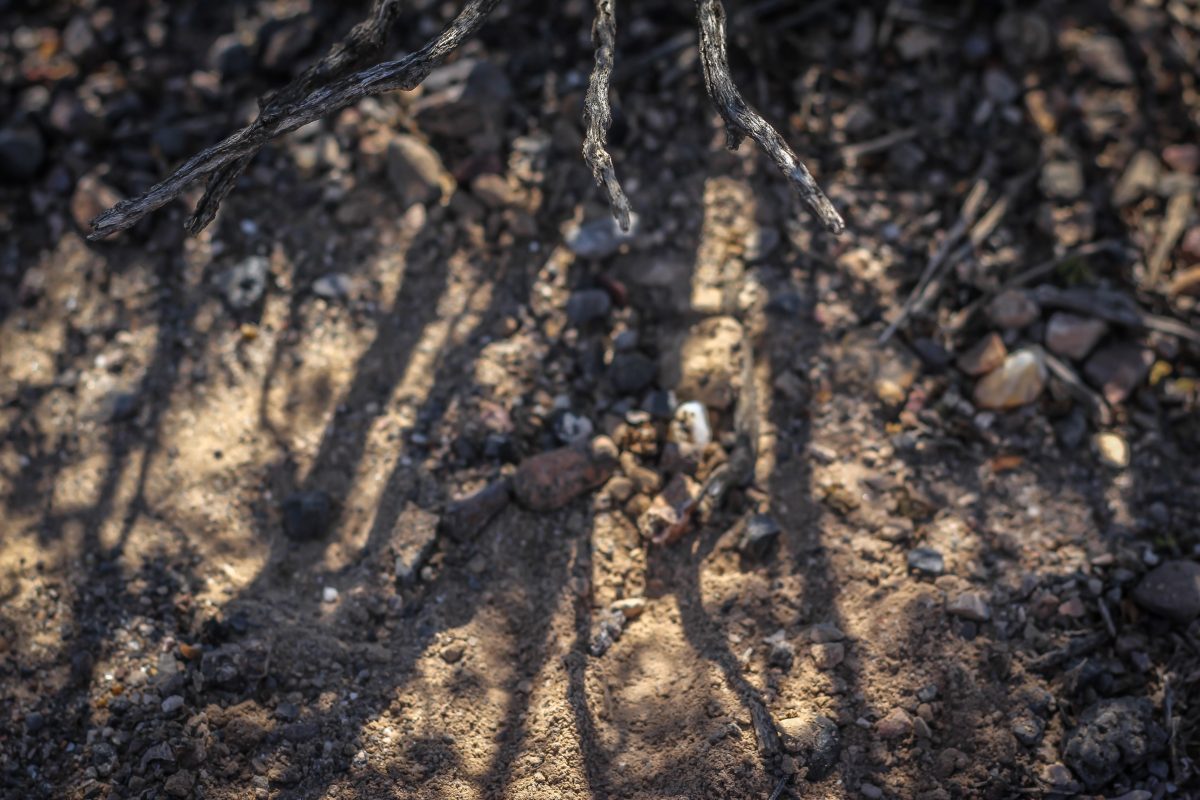 6. Enjoy your peyote, happy in the knowledge it will grow back and someone else may discover it one day! 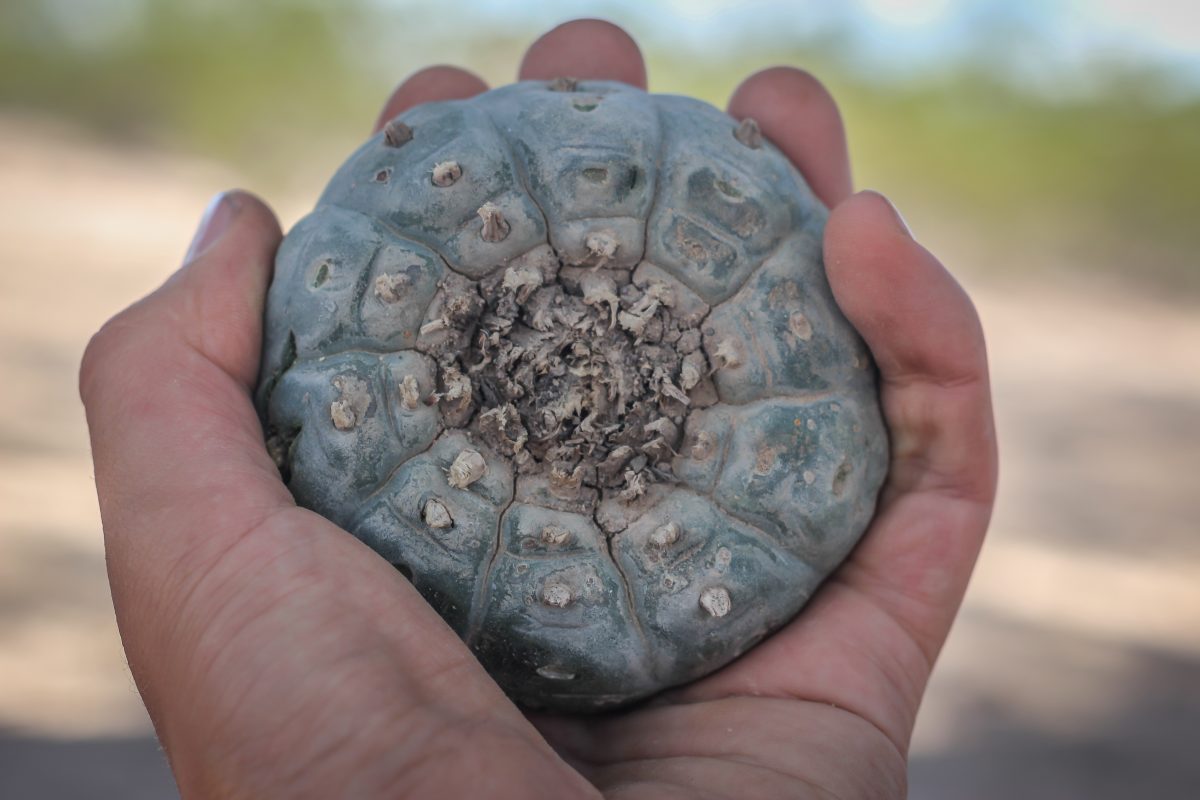 I don’t like to end the post with this but unfortunately possession of peyote can land you in a lot of trouble. If you are caught by the police with peyote heads in Mexico you will probably go to jail. I imagine the same is the case in the States. For this reason I’d recommend eating peyote in the desert and not bringing any back with you after. Luckily police don’t generally hang out in the desert, so you can have your peyote journey there with no worries. Anyway, I think the desert is a fantastic setting for a peyote experience 🙂

Have you ever tried peyote?

What was the setting? How was your experience? I’d love to hear about it, so please leave a comment below.