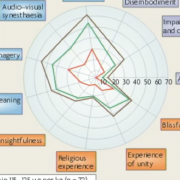 As with the LSD post these were taken from a study which looked at aspects similar amongst people‘s psilocybin experiences. All of these findings were presented in a talk by Katrin Preller which you can view online:
How Psychedelics Can Help Us Understand Social Cognition and Self-Experience.

I think the list provides an excellent summary of common psilocybin experiences.

The diagram below shows us which of the subjective effects were felt most strongly under the influence of psilocybin. I have ordered the list above in order. As you can see, elementary visual alterations scores highest, and anxiety lowest.

Course of Subjective Effects of Psilocybin

This chart shows the course of a psilocybin journey including the intensity of the effects over a timeline. As you can see the peak is around 1 hour in with ‘transient peaks of self transcendence’. 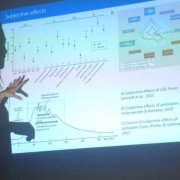 What is an LSD experience like? This is a question I often get asked by people who are curious about the psychedelic experience and who just want to know: what is it actually like?

One word that is often used when trying to describe the experience is ineffable. Which means that it cannot be put into words. However this kind of relegates language and is also, dare I say it, a little lazy. That said, I do understand that it is an extremely difficult experience to describe. 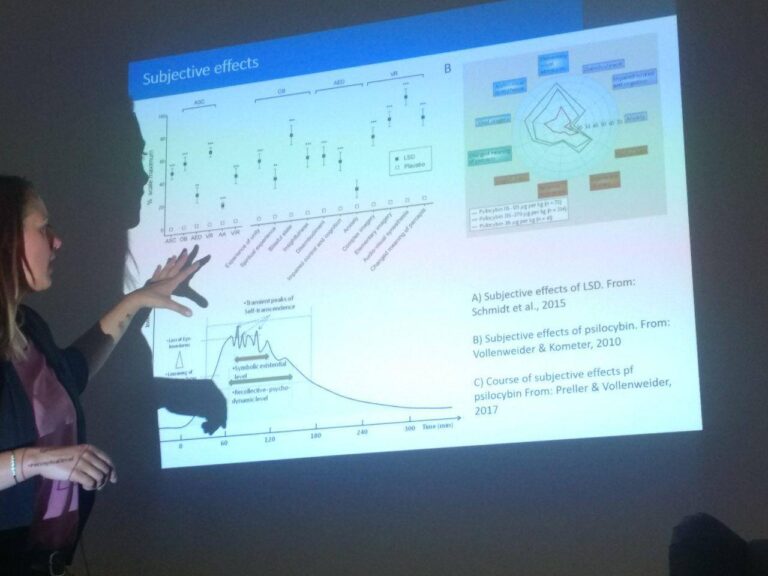 Last year I went to a series of talks put on by the MIND foundation at their Betahaus hub in Berlin. One of these talks was by Katrin Preller on the topic of social cognition and self experience. As part of her presentation Katrin presented the subjective effects of LSD as reported by study participants. This is an excellent summary and I think answers the question very well, with a nice succinct list of aspects of the experience.

The diagram below shows us how strongly each of the effects were felt. As you can see, audio-visual synesthesia scored highest, and anxiety lowest. 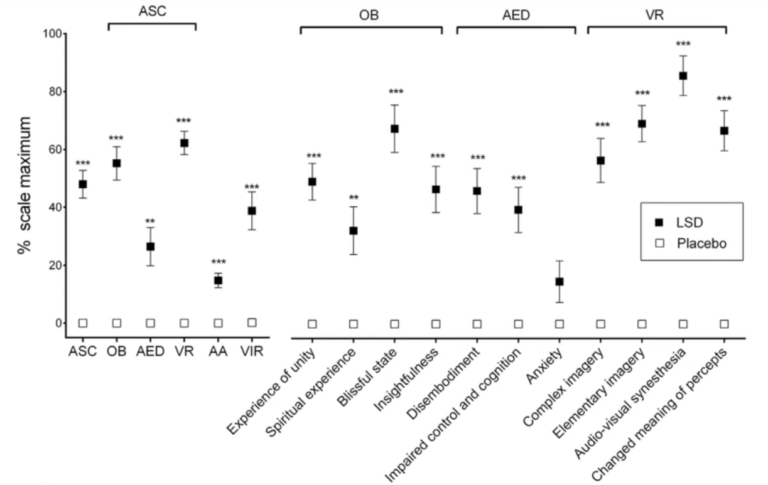 One thing that it is worth noting is that a psychedelic experience depends largely on three factors; set, setting and dose. The variance between these factors can totally change the experience, as well as the type of person who has the experience. For example, if a low-doses was taken at a party I don’t think spiritual experience or disembodiment would come up so much. Still, I think the list holds up as an excellent summary of the effects.