If you’re reading this you’re at least intrigued about psychedelics. I’m sure you’ve already heard enough reasons as to why you shouldn’t take psychedelic substances, so here’s the flipside… 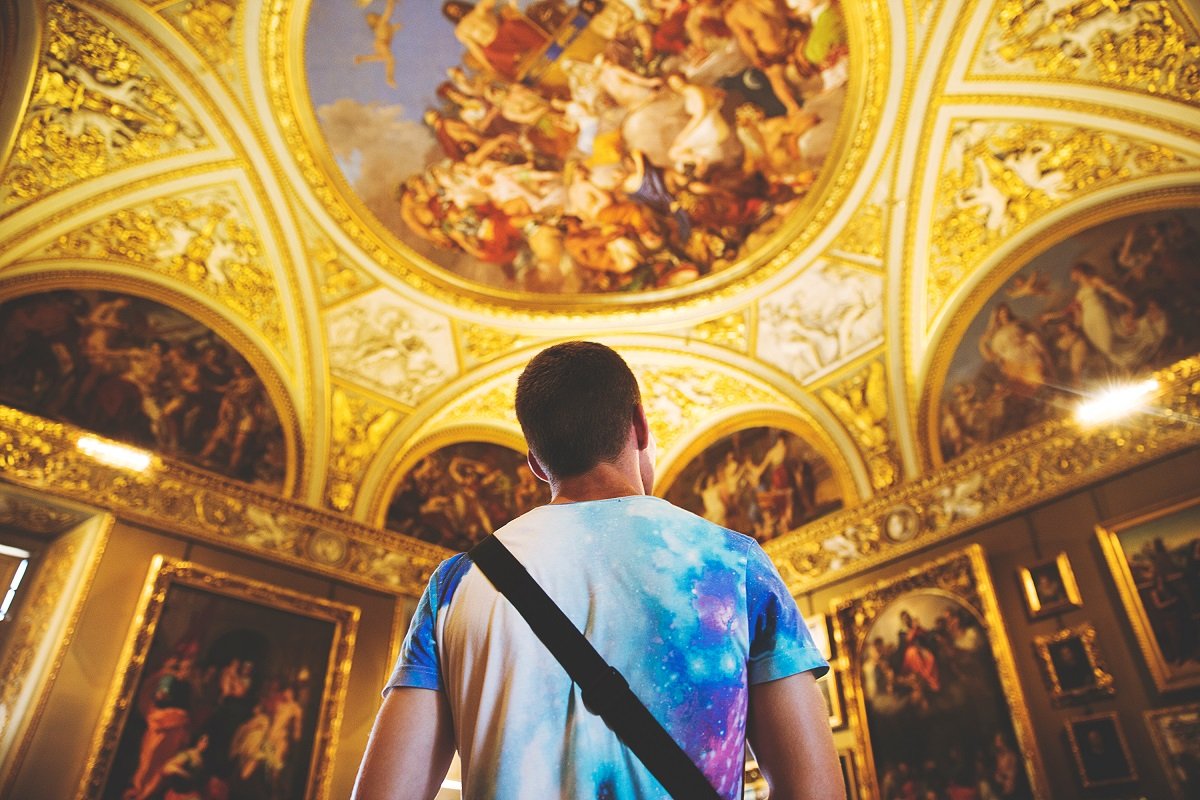 Pretty good reason, right? Following a strong psychedelic experience users may feel a renewed appreciation and lust for life. As with any serious journey or intense experience, a psychedelic experience can change one’s perspective, help to bring a certain level of gratitude and joy to life, and to appreciate the little things. In studies at John Hopkins University with psilocybin, the active ingredient in magic mushrooms, 83% of participants reported increases in well-being or life satisfaction. As well, studies at Imperial College London have found that taking LSD leads to increased optimism and openness.

The Beatles, Aldous Huxley, Steve Jobs… what do they all have in common? They were all hugely influential creatives who credited psychedelic use with changing how they saw the world.

“It [LSD] opened my eyes. We only use one-tenth of our brain. Just think of what we could accomplish if we could only tap that hidden part!”
Paul McCartney 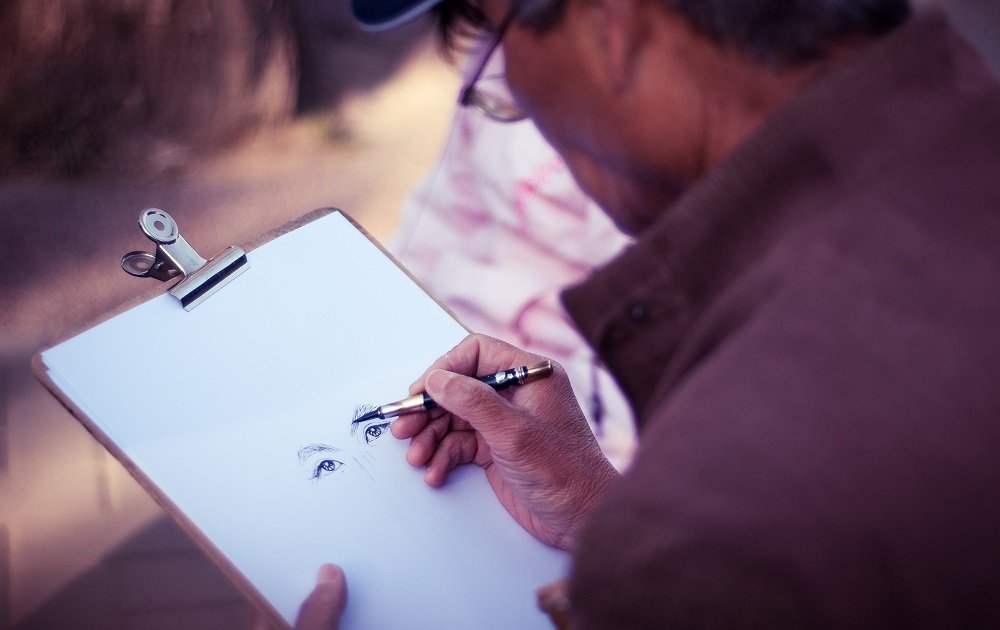 The link between psychedelics, music and art is fairly well documented in culture but their creative potential goes beyond that. Psychedelics can be used as tools for thinking and the recent growth in the number of people micro-dosing for creative and productive reasons is a testament to that. Revelations and new ideas are commonly experienced and users are able to take some of these insights back with them, applying them to problems in their life as well as creative and even scientific endeavours.

“The billionaires I know, almost without exception, use hallucinogens on a regular basis. [They’re] trying to be very disruptive and look at the problems in the world … and ask completely new questions.”
Tim Ferris 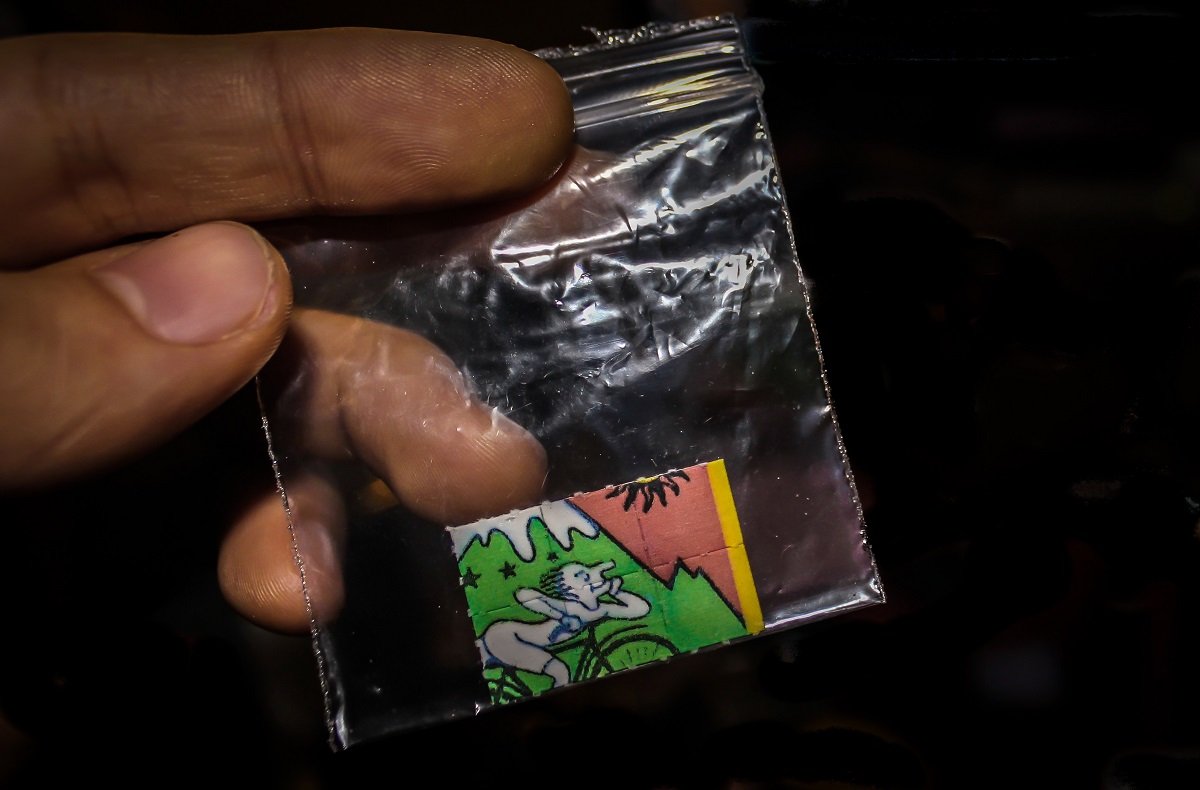 A problem-solving experiment conducted with 27 professionals from a variety of fields – engineers, engineer-physicists, mathematicians, architects, psychologists, among others- found that psychedelics aided them in finding creative solutions to professional problems they had been struggling with for months. Participants reported enhanced functioning in the following ways; capacity to restructure problem in larger context, enhanced fluency and flexibility of ideation, heightened capacity for visual imagery and fantasy, increased ability to concentrate, heightened motivation to obtain closure, and visualizing the completed solution.

“What if I had not taken LSD ever; would I have still invented PCR? I don’t know. I doubt it. I seriously doubt it.”
Biochemist Kary Mullis, on his nobel-prize

Seeking adventure? Exploration doesn’t have to be external, you can go on an awesome journey internally with psychedelics – there’s a reason it’s called ‘tripping’. The feelings, challenges and experience you might expect from an external adventure – wonder, awe, excitement, overcoming adversity, learning through experience – are all there and present in a psychedelic experience too. If you don’t have the time or money for a trek through the rainforest or a Himalayan expedition, you might consider taking an inner journey on the weekend. 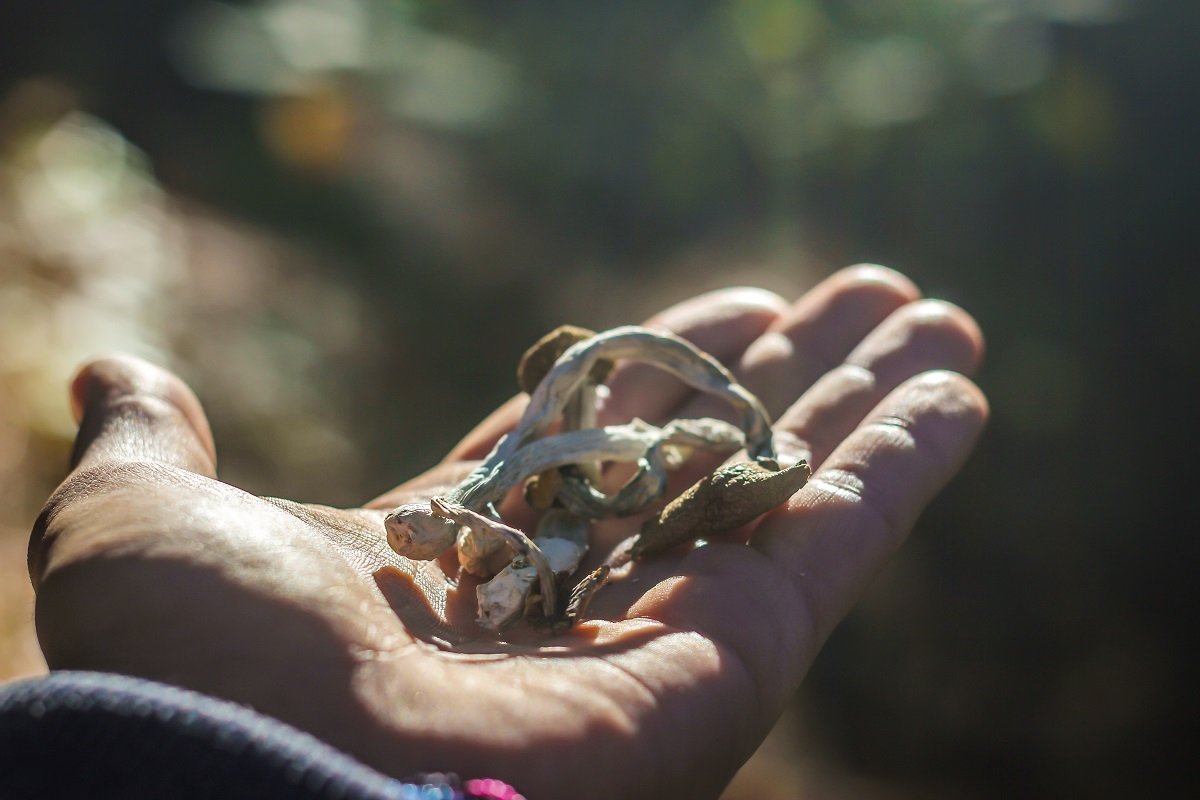 “If [my daughter] does not try a psychedelic like psilocybin or LSD at least once in her adult life, I will worry that she may have missed one of the most important rites of passage a human being can experience.”
Sam Harris

There is a reason why psychedelics have been used in religious and spiritual rites for thousands of years. Whether it’s ayahuasca in the Amazon, peyote in the North American desert, or Iboga in Central Africa, psychedelic substances are used by humans to alter consciousness in a way that allows them to experience something transcendent or divine. It’s the same reason why spiritual seekers are drawn to these substances today… they are capable of producing mystical or ‘religious’ experiences. 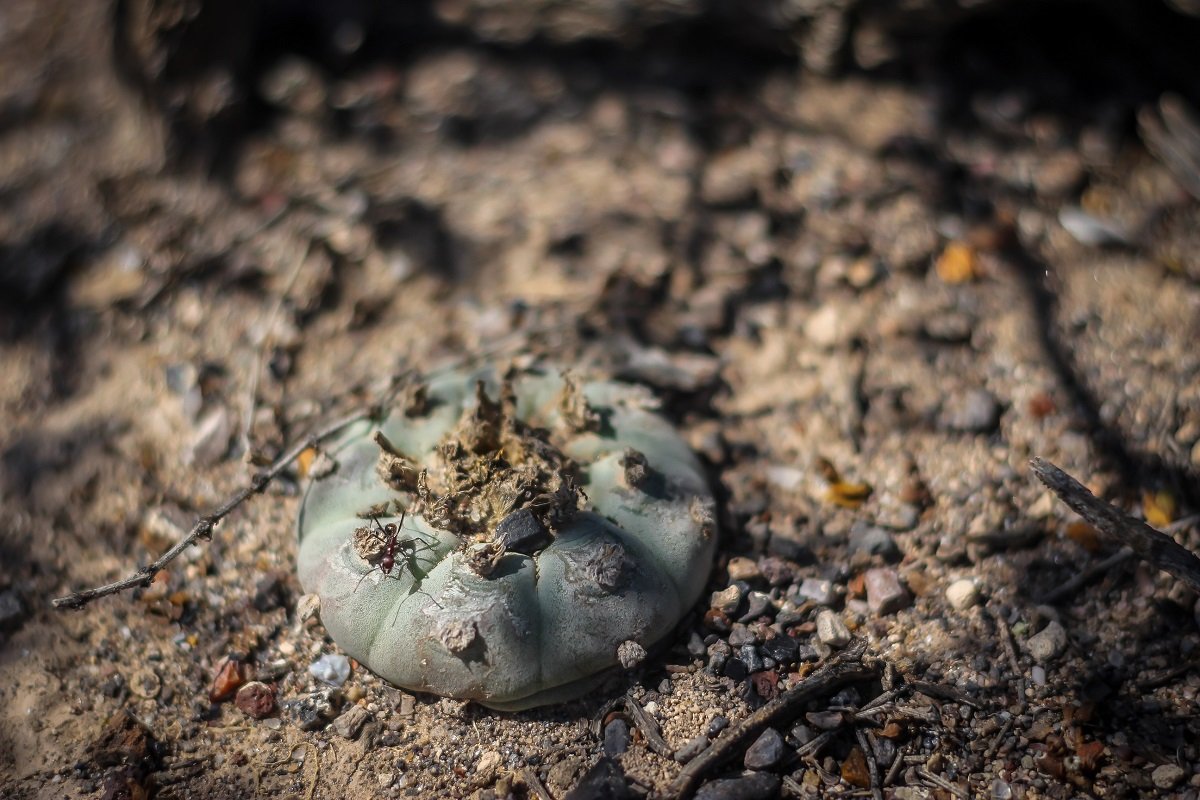 In 1962, a double blind experiment in Boston found that almost all participants who received psilocybin reported a profound religious experience. In a 25-year follow-up to the experiment, all of the subjects given psilocybin described their experience as having elements of “a genuine mystical nature and characterized it as one of the high points of their spiritual life”.

The study was duplicated in 2002 at John Hopkins University, under more rigourous controls, and after a 14-month follow up over half of the participants rated the experience among the top five most meaningful spiritual experiences in their lives.

Fewer mental health problems? Bet you didn’t expect to see that on the list. Well according to a recent study, people who use psychedelic drugs show fewer mental health problems. Though this might seem counter-intuitive at first it begins to make sense when one considers psychedelics’ ability to improve mindfulness – a tool which can provide a flexible set of skills to manage mental health and support well-being. Psychedelics are now being used to treat anxiety and depression, with early results very promising.

“Psilocybin does in 30 seconds what antidepressants take three to four weeks to do”
David Nutt, professor of neuropsychopharmacology at Imperial College London 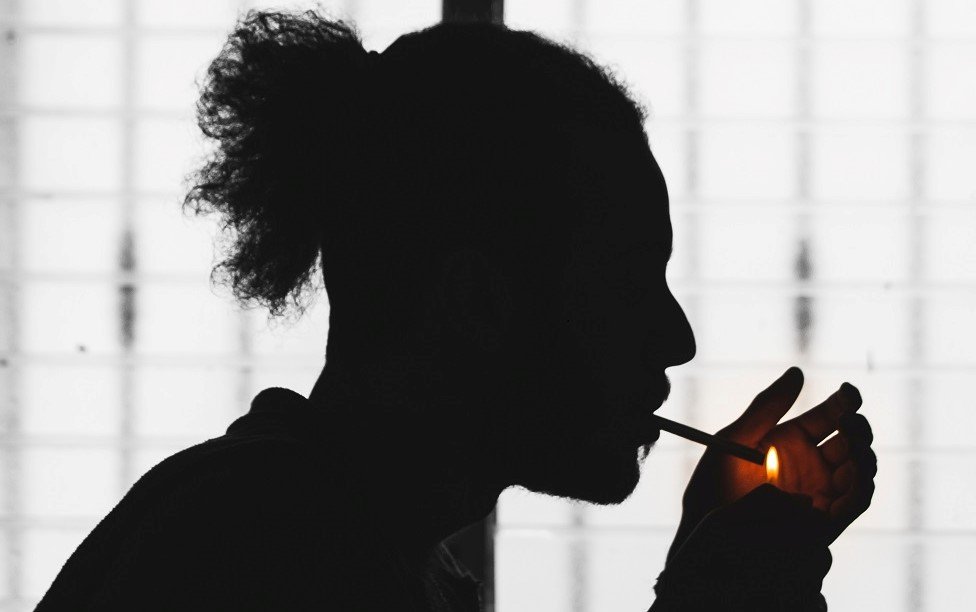 Did you know that the founder of Alchoholics Anonymous wanted a dose of LSD to be the first step of the program? He stopped pursuing this line when it began to upset other members of AA but he was on to something. Psychedelics are now being used to treat all kinds of addictions with incredible success stories. Ibogaine, a psychedelic from Africa, seems to be the go-to for matters of heroin and opiate addiction, with ayahuasca also used to treat heroin, cocaine and alcohol addictions. Psilocybin and LSD are also now being used to treat addictions to tobacco and alcohol, whilst micro-dosing is helping to wean people off addictive anti-depressants like adderall and ritalin. It seems that whatever the addiction, there’s a psychedelic to help.

I feel it’s a shame that so many people don’t ever get the chance to experience the wonder of psychedelics because they are worried they will go crazy, lose their minds or jump off a roof thinking they could fly. But I could hardly blame you if this was your only idea of what psychedelics offer because of the way drugs and in particular psychedelics have been portrayed in our culture, media and schools. We are taught things like ‘just say no’ without any critical thought; pure non-thinking conformity. We aren’t properly educated about them or encouraged to actively engage in the decision with our own critical and cognitive faculties. This is why the underlying assumption of a large chunk of society is that (illegal) drugs are bad and have nothing positive to offer you.

But now the science is coming through from all sides and telling us that this school of substances have much to offer us and an increasing number of people are learning of their incredible potential. With a little research you will find that people all over the world, for thousands of years, have been using psychedelic substances as tools for change, education, growth and inspiration, and are continuing to do so today. There continues to be a growing number of people taking back the reins to their own consciousness and using these tools for growth and empowerment in what seems to be a psychedelic renaissance. Will you be part of it?