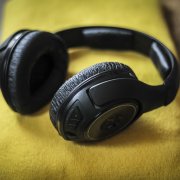 After the popularity of my previous post, 6 Music Playlists for Psilocybin Journeys, I’ve decided to write a follow up with some tips on using these playlists in a psychedelic session. Below that, I’ve also included links and info for six more playlists from two creators.

Prepare to be Offline

Download the playlist so it is available for offline use. Then for the session, put your phone on flight mode.

If using your computer to play the tracks, close all applications other than the music player. If you need to leave anything open, make sure there are no applications other than the audio player that can make a noise (like dings from messages received or calls coming in. Like with a phone, I suggest downloading the playlist offline and then disconnecting from the wifi. If you have a mac, make sure your Facetime is disconnected and there won’t be any calls coming through.

I also recommend downloading 1-3 hours of pre/post session music so you have something to put on before/after and can be offline for the entire day. I have found it is nice to put on some music beforehand whilst preparing the space, to set the mood and begin the process of entering. It can be helpful to have a short period of silent meditation between setup and dosing to centre before the journey begins. Once everything is ready and you’ve checked in, you can start the playlist and take your dose.

Check and set your sound levels before the start of the session so it is ready to go. Check both loud and quiet sections of the playlist. Ideally the music should be at a comfortably loud volume at the loudest sections. It should not be overbearing or too strong, but loud enough to be immersive.

I would recommend high quality over ear headphones for immersion in the experience, especially if you are in a location where there might be background noise or distracting sounds. You might consider noise cancelling headphones.

If possible, have the music playing simultaneously through headphones and speakers from the same signal. This is a tip I picked up from Mendel Kaelen back in 2017 and still use to this day.  This allows for continuity of experience if/when the headphones are taken off and also allows the opportunity to remove the headphones if one prefers.

When in groups or with friends, decide the playlist together beforehand. For a group session, I advise having a quiet room. This means that if anyone has a very strong aversion to a track, they can leave the room for a bit. If you don’t have the possibility of a second room, you might all use your own pair headphones. Another option if using speakers would be making an agreement beforehand that anyone can veto any track at any time and it will be skipped forward without discussion.

In the case of someone having a feeling of aversion to a track, I would suggest that they try to sit with it for a short time before leaving the room or requesting a skip. They can look at and explore the feeling of discomfort inside themselves that the track is provoking, and see if there is anything to learn from it. If the feeling persists and the track is unbearable, they can leave the room or use their veto.

Spotify Settings (or other audio player)

Make sure your play queue is cleared.

Make sure the tracks will play in order and not on shuffle.

Check your audio player settings for how the tracks will transition. Decide if you want a fade between songs or a standard transition with one track fully ending before the next one beginning. On spotify you can find this in settings > playback.

If doing a manual sync with two or more devices, make sure the playback settings are the same on each device.

Here are links to 6 more playlists for use with psilocybin with some info on them and their creators below.

East Forest is an American musician who created this album live in underground ceremonies across the US. It’s a kinda neo ambient vibe with influences and instruments from world indigenous music. What I like about this as a soundtrack is its cohesion. Because this playlist is an album by one musician, it has the added bonus of it being curated as such and put together as an album specifically for mushrooms.

“Its compositional shape guides, and is guided by, the arch of the experience.”
– East Forest

In this article, East Forest talks about how he feels the other therapy playlists out there miss the mark as they are compilations of lots of shorter tracks. By comparison, this album is just 13 tracks. Incidentally, East Forest is now one of the musicians working with Wavepaths, an organisation founded by Mendel Kaelen that is focused on creating music for psychedelic sessions.

I personally had a very beneficial session using this playlist for a medium dose journey last year. During the journey I was taken through people in my life, shown what I needed to say to them, able to appreciate recent personal achievements, and then given a directive on what I needed to do in my life (spoiler; it was clearing).

You can hear East Forest on the Psychedelics Today podcast here.

And, as an extra aside, Ram Dass was East Forest’s guru, and East Forest has used samples of his talks on his album, ‘Ram Dass’.

They are generally a mix of styles and include ambient, neo classical, and classical music as well as more tribal and traditional music from distant cultures.

One thing that I really like about these playlists that is missing from the others is that Tommi has put short periods of silence into the playlists. I find these are good moments to re-centre and breathe during the journey, acting as ‘pit stops’. Interestingly, Mendel Kaelen inserted silence into the playlists on the original psilocybin studies at Imperial. Rather than Spotify playlists, they were actually mixed as one master audio file, with some tracks even faded out or mixed in to each other. These nuances and sections of silence were lost when it was converted to a Spotify playlist. So it is nice to see that Tommi has found a way to create a playlist with silence built in.

I have tried Opening, Release and Trust and my sessions to these playlists have been very helpful.

I journeyed to Trust on the third and final psilocybin session of a 15 week course last year that was a study replica of a John Hopkins clinical study with psilocybin. The session was a beautiful rounding out to what turned out to be a somehow cohesive trilogy, and was one of the best psychedelic experiments I’ve ever done. During this final session I was able to grieve and cry in the first half, and as the cleansing section ended I was given a refreshed clarity and renewed inspiration, and a clear path forward.

Tommi has also created banks of music based on different themes, so you can put together your own playlist too. You can find these on his Spotify user profile.

Do you know of any more good playlists for psychedelic journeys? If so, please get in contact!

The headphones/eye-mask direct-your-attention–inwards whilst–listening–to–a–playlist–of–music method for psilocybin sessions is the standard in psychedelic research but becoming increasingly popular outside of clinical studies too.

Looking for music for your next experience? See my post: 6 Music Playlists For Psilocybin Journeys 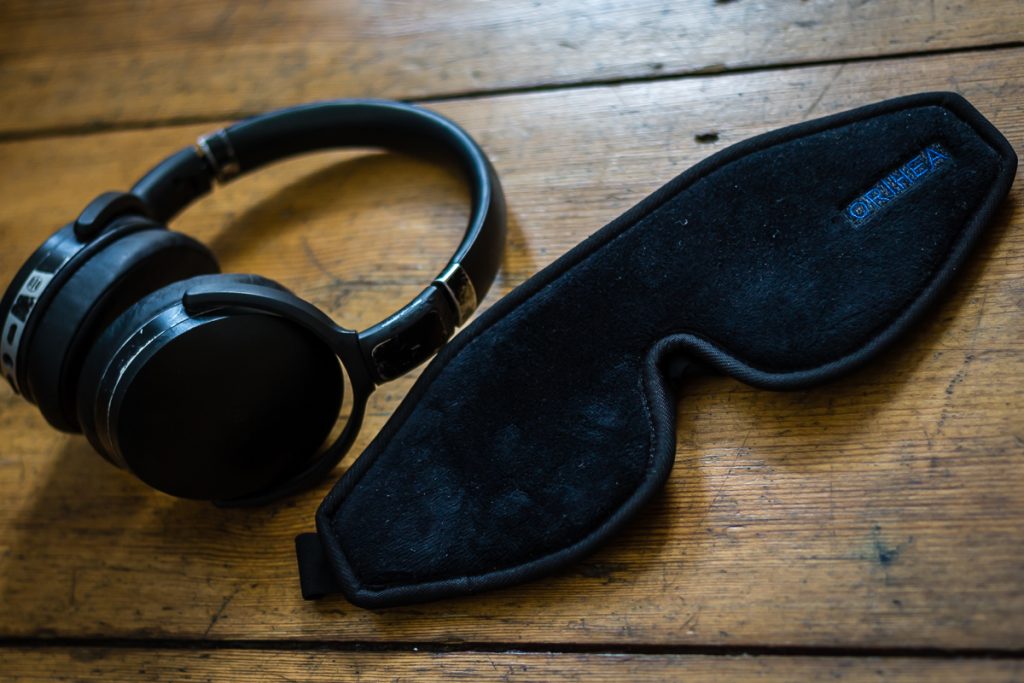 Two key pieces of equipment for a standard therapeutic journey

Whilst this is certainly not the only way of having a fruitful psychedelic session, it is an excellent one and one that I myself use regularly. It is also the basis for how we conduct our psilocybin truffle ceremonies with New Moon Psychedelic Retreats in the Netherlands.

However, with COVID-19 bringing our retreats to a screeching halt, I’ve realised that if I’m to continue my mission of increasing access to psychedelic experiences, I need to get back to handing over the tools and techniques needed for them out to the world through that incredible medium whose potentialities and capabilities are now being rediscovered and ever expanded; the internet. So, expect a rekindling of this site and a growing database of resources coming your way whilst retreat work takes a back seat. 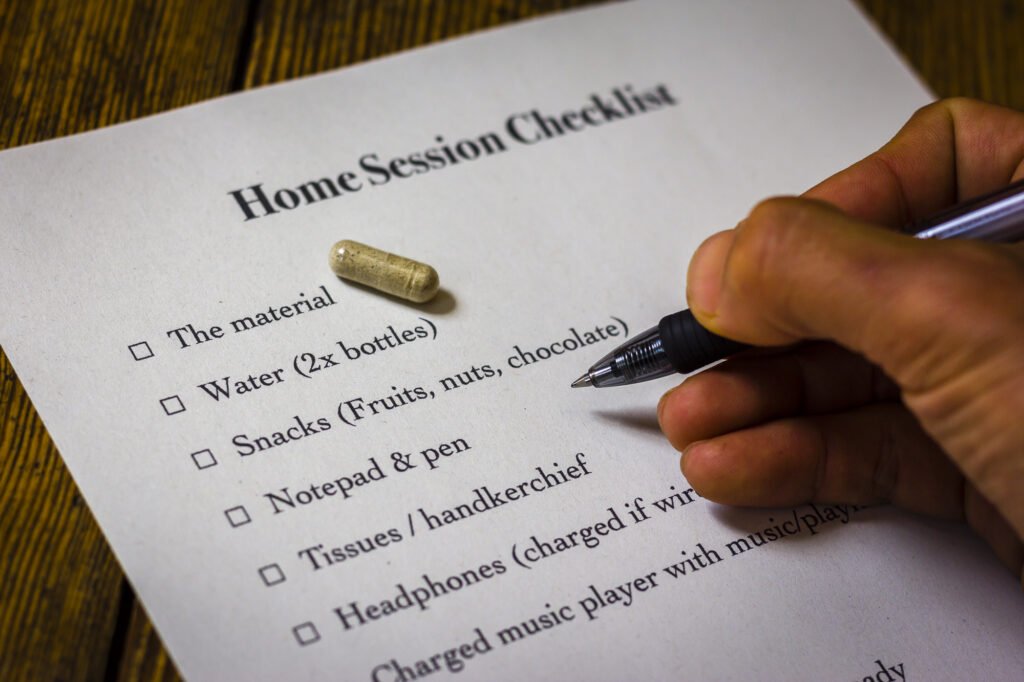 Today, I’ll share a simple checklist for things you’ll need to have ready for a psychedelic therapy session at home. I use this list myself every time I do a session, so you know it’s good to go 😉

If you’re new to psychedelics, Tripsafe’s How To Take Shrooms is worth your attention.

Use wisely, be safe, don’t break the law, and all the other usual disclaimers and warnings.

I wish you the best on your journey. 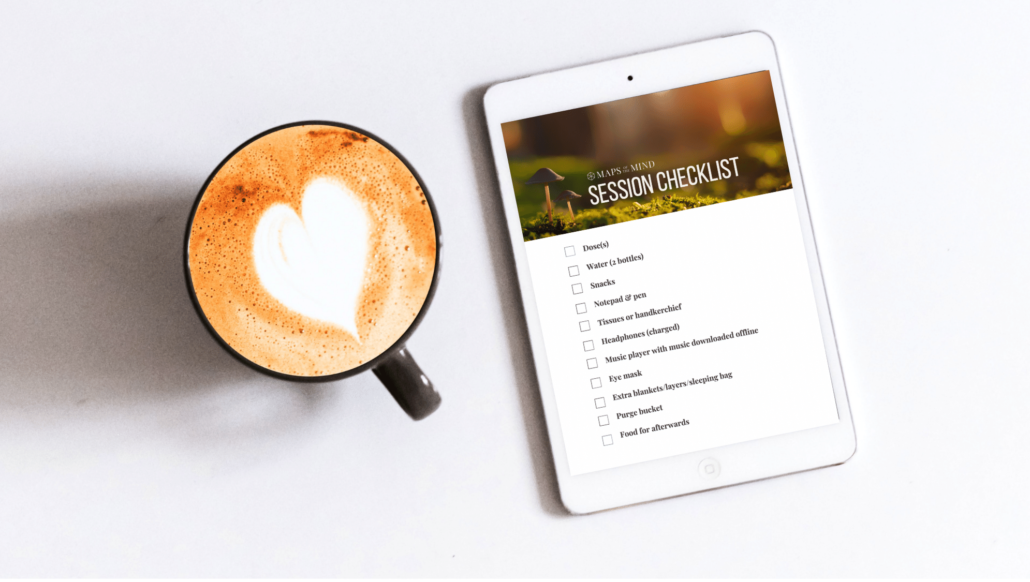