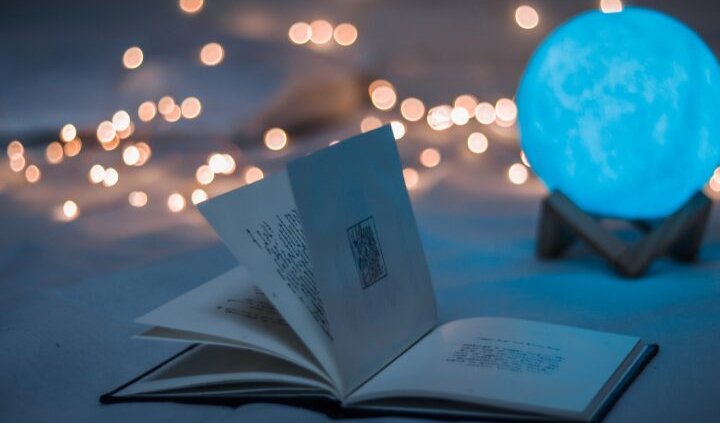 My psychedelic history started for real in late 2011. It was an experience with LSD, MDMA, marijuana and nitrous oxide (AKA laughing gas) all together in one session that ended up lasting around 24 hours.

At the time I was a regular weed smoker and had tried salvia once in a crazy student drug experience story, and MDMA one or two times at festivals. Other than that the only other psychoactive substances I’d tried were alcohol, coffee, and M-cat (a popular student drug around 2009).

Back to late 2011. I’d graduated with a degree in broadcasting the year before and was lacking any real direction in life. After entering and leaving the media industry – quick disillusionment – I was back at home and living with my parents, unemployed. I was disillusioned with the global political system and didn’t feel any real desire or inspiration to participate in what I saw as a game controlled by elites. I enjoyed spending time staying home, listening to music, half heartedly looking for jobs, and smoking weed whilst walking the dog.

Around that time some school friends of mine tried some magic mushrooms and had a good experience and invited me to try them with them. I was eager, and headed up to Sheffield to join them a few weeks later. It was a fun recreational experience and afterwards they came across someone who had LSD. I’d wanted to try acid for a while, having appreciated how weed was able to change my perception and creative ideas, and vaguely aware of LSD’s influence on many great musicians including one of my all time favourites, The Beatles. My friends were never so keen on trying LSD, but after a couple of positive experiences with mushrooms, they were in.

We set a date for a few weekends away.

In the run up, I’d read online that taking MDMA before can be a good way to enter in to an LSD trip, as it gets you in a good mood and that is a good place to enter the trip from.

I can agree, though the come up was absolutely mega and intense. Admittedly, we did help those matters by continuing to smoke weed and knock back nitrous oxide.

What happened over that 24 hour period was surreal. The world of perception totally changed. I became in tune to the mysteries of existence, awareness, perception, how fluid reality is. I had never experienced anything like it before. Listening to music with my eyes closed, I surfed epic chunky guitar riffs through space like an exhilarated cosmonaut. At some point between nitrous oxide hits, I came to a deep realisation; that all existence is a huge game.

I let out huge bellows of laughter that reverberated deep throughout me.

The understanding that it is all a game took all the pressure of life off. It is all a show! We are all characters of a play. It is a game. So… I should play!

The perspective that stayed with me made me embrace the idea that I should explore and experience more. On some level my fears were eroded and I began to dream about what I wanted to really do with the life, the incredible chance at a life I have been given.

Growing up with maps in our home and hearing my Dad’s stories, I had always wanted to travel. I got a temp job as a teacher and began saving. Travel took over my life and in autumn of 2012, I set off with a friend on a 1 month inter-rail tour of Europe, which lead to me shortly thereafter moving to China. Asia had been a place I’d long wanted to explore, drawn back to my roots and to the side of my family that I have been so disconnected from.

By China, my fascination with psychedelics had evolved into a deep interest in consciousness and mystical experiences. The trail lead me to meditation and there I found joined classes and began practicing everyday.

Towards the end of my year in China, a friend of mine and I made a visit to Huang Shan, the epic mountains that were the inspiration for the floating mountains in Avatar. On one early morning, we dropped some aMT, an obscure tryptamine, before heading out to see the sunrise.

I still count this as one of the most incredible experiences I’ve been witness to. Seeing that gas ball appear over the horizon, we both instantly understood millennia of sun worship. I felt a deep connection to my ancient ancestors and all those religions who worshipped the Sun.

After leaving China, I attended my first vipassana retreat, 10 days of silent meditation. At the time I was pretty serious about spiritual practice and was actually aiming for a full spiritual enlightenment in this lifetime. That does seem quite funny to say now, but its true. Suffice to say that I was with a strong determination and practiced very diligently. I feel that by being so driven I and my practice have derived some benefit in the long term. However, with such a strong work ethic, the retreat was the most difficult thing I had ever done in my life. Afterwards I concluded that the monks life, which I had seriously considered (becoming ordained and all), was not for me. The retreat made me appreciate the pleasures and treasures of samsaric existence, of being in the world and engaging with it. I have since come somewhere in the middle. I maintain a spiritual practice but I am also man of the world and enjoy interacting with reality in this way.

In 2014, I moved to Spain, joining a weekly sitting in the tradition of zen and Thich Nhat Han and joining my first regular yoga class. At the end of my time there I attended my first psychedelic retreat in Andalucia. This was my first encounter of any shaman, facilitator or any kind of guide in the psychedelic world. As a group of around 10, we had 2 salvia ceremonies, 2 ayahuasca ceremonies and one san pedro. After one of those ayahuasca ceremonies, deep into the night and after everyone had gone to bed, feeling disappointed that nothing had happened, with my guard finally down, I broke down, floods of tears falling down, weeping for hours. I felt the pure suffering of humanity. How hard it is, what struggle a human existence entails.

During and upon leaving the retreat I had questions about our shaman and the way the whole thing was held. This later became the topic of my talk at the Beyond Psychedelics conference a couple years ago.

Soon after, in the summer of 2014 I moved to Korea. I had the whole year drug free and figuring the break from weed would be good, doubled down on my meditation practice, keeping it consistent, reading more books, attending a temple stay and a local mindfulness meetup. I saved diligently as I was planning to take time off work and explore options outside of English teaching. I began my first version of this blog, called Mindmaker, feeling that I had some things to share and wanting to start some kind of side project related to my interests.

I had adventures in Japan, Taiwan and Egypt, and after another vipassana retreat to touch base, I began planning my epic psychedelic adventure…

February 2016, I arrived in Brazil on a one way ticket. Lured to Latin America by their native psychedelics and plant medicines, I ended up staying there over 13 months and travelling to 12 countries.

As I moved through South America, I did 3 ayahuasca ceremonies over a week in the Bolivian amazon, high dose San Pedro alone in the Peruvian Andes. In Mexico I sought out peyote in the Mexican deserts of San Luis Potosi, before leaving, reading Carlos Castaneda, and then deciding I needed to go back, heading back out there for more desert peyote sessions.

I made my way onwards to the state of Oaxaca, famous for the Western discovery of magic mushrooms by Gordon Wasson. Whilst there, a post on my blog went semi-viral through reddit and it encouraged me to keep creating and writing about my travels and experiences. I upgraded the site and got the name Maps of the Mind (thanks Joe!). I continued on and made my way to the mountainous region of Oaxaca where mushrooms were around, first visiting from my beach location home and tripping with a friend for her first time, and then packing up and heading with my belongings to spend more time there.

I was there over new years, taking mushrooms alone in the wilderness of nature on consecutive days. Working with the mushrooms as I entered 2017, I set my intentions for the year ahead.

My time up in those mountains is still one of my most treasured memories to date. The atmosphere of the place, the people passing through, the views and sunsets. It was a magical time.

I finished off my travels, continuing to practice writing, learn photography and Spanish, and finally returned to the UK in the spring.

What is funny is that, after all my travels, experiences, and ceremonies in Latin America, I finally got the experience I was really looking for upon returning home. Back in an old red brick house in the North of England on a grey day. A solo experience in a self made ceremony, put together by drawing upon work from the pioneers of Western psychedelic therapy of the 50s and 60s.

Want to join the discussion?
Feel free to contribute!