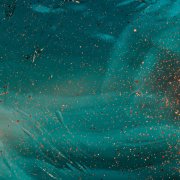 I honestly believe that learning how to use psychedelics is one of the most useful skills one can learn.

You may have heard psychedelics being called a technology or a tool. They are sometimes referred to as a technology for exploration and growth. Beyond those more abstract terms, they can also be very practical in terms of personal and lifestyle change. For me, at this point in my life, they have been the most useful tool for personal development that I have come across. For many other people too.

Why doesn’t everyone spend time learning how to utilise this magnificent technology?

The technology can open doors that were never open before, it can open up possibilities that simply weren’t there. When it comes to using such remarkable technology, I believe investing some time and energy is absolutely worthwhile.

What does it mean to learn how to use psychedelics?

There are certain ways of using psychedelics which can make them more useful, ways of using them which can increase the likelihood of bringing about desired results. One could call this, as Bill Richards does in Sacred Knowledge, ‘skilled use’.

Learning to use psychedelics can mean both going deeper and broader.

Broader means learning how to use them for different applications. Perhaps you’ve learned a particular method of use, with a specific purpose in mind. The purpose might be healing, creativity, or connecting with nature. The method might be a specific way of using them, such as the psychedelic therapy style method. Broadening would mean learning different methods, for a wider range of purposes.

Going deeper means learning how to use them more effectively. This includes careful consideration and utilisation of things like: intention, dose, ritual, music, preparation, navigation, set, setting, and integration. These might include tips, tricks and best practices. This also includes developing personalised methods and approaches that best suit different individuals.

Like almost anything, the best way to learn how to use psychedelics is through a combination of knowledge and practice. You read a manual or guide, then you have a go at using the technology based on what you’ve read. You incorporate what you’ve learnt from your own experience and factor it in next time. You might go back to the guidebook, or read other ones, and eventually you might experiment with things that aren’t in any manuals. Through continued education and practice, you develop your skills and approach.

Psychedelics have catalysed many positive shifts and changes in my life. They introduced me to meditation, gave me a firm helping hand in going vegan, aided me in quitting smoking, and gave me courage to start a pioneering business. They’ve helped me make sense of a confusing world, embark on worldwide travels, heal from personal traumas, and find meaning and purpose in my existence.

What I find so incredible is that after many years of taking psychedelics, their gifts show no sign of running out. They continue to give. And I continue to learn from them. At ten years of beautiful relationship with these magnificent wonders, I am committed to going deeper, and learning even more. I invite you to join me.

‘How often should I take psychedelics?’

This is a question I am often asked. And of course, there is no single right answer. So instead of trying to give one, I’ll share my thoughts on the topic.

What is the right amount?

You can’t really put a number such as ‘x times per year or month’ and say ‘that’s the right amount’, because it totally depends on the person and their circumstances. It’s like asking ‘what’s the right dose?’. It can’t simply be answered in any meaningful way. It depends.

It depends on you, your intentions, and your current circumstances. Why are you taking psychedelics? Where are you at in your journey, and where do you want to go next?

If using psychedelics for recreation or leisure, it’s like asking ‘how often should I watch a movie?’. With the intention of using psychedelics for healing or growth, there still isn’t a set answer. For many people, it seems like once or twice a year is enough to gain valuable insights and allow time in between to integrate the lessons. For others, a more frequent pattern may be most beneficial. I’ve also heard of people saying that once in their lifetime was enough.

Frequency varies depending on culture

There is a variety of frequencies in different cultures and types of use around the world. This ranges from modern clinical use to more traditional shamanistic use.

Within the field of modern research and clinical trials, there is variation. In a study with people who suffered treatment resistant depression at Imperial College London, participants received two doses a week apart. From just two doses, most participants saw statistically significant improvement in their wellbeing. That said, many patients saw depressive symptoms beginning to return after six months, so it seems they could’ve benefitted from another session or two around this mark.

In various smoking cessation studies at Johns Hopkins University there have been between one and three doses given. People have successfully quit with one session, whilst others had three. It is note able that quit rates were higher for people who had more than one than one session.

With shaman of various Amazonian traditions, people drink ayahuasca on multiple consecutive nights, or on alternating nights. So it might be three or four nights of drinking ayahuasca in a row, or six nights of drinking over twelve nights total. There are also variations between. In some religious communities or churches that use psychedelic plants, groups drink monthly or weekly.

Philosophy professor Christopher Bache did 73 high dose sessions over 20 years, and as far as I know, no one in the psychedelic community has said it’s too much. In fact, he is seen as a courageous explorer and his work an incredible contribution to the field. He is a special case and was extremely conscientious in his use, I should add.

This variety shows that there is not really any standard which could be said ‘this is the right way’.

Can you take psychedelics too often?

When I would say taking psychedelics is too much is, the same as any other activity, when it starts interfering with one’s life in a negative way. When the downsides outweigh the upsides.

Gabor Mate’s view of an addiction can be useful here:

A behaviour which provides temporary pleasure or relief in the short term but has negative outcomes in the long term.

For some, psychedelics might be used as an escape from reality, or dealing with one’s problems. This can be known as spiritual bypassing. If one is re-entering journey space before or instead of integrating the lessons from the last journey, this could be seen as too soon.

However, I’d say that one’s problems can be shoved back in one’s face on a journey, so it’s not always an easy escape. In fact, for that reason, not taking psychedelics could be seen as an escape.

Is there a minimum frequency?

No one can say that someone should be taking psychedelics at least x amount of times per month or year. Although with medicalisation on the way, perhaps doctors or pharmacists will in fact be prescribing them in this way.

‘Go for three psilocybin journeys per month over the next 12 months and then we’ll meet back and reassess your treatment plan. If you feel you need a recalibration of your dose just give me a call and we’ll set up another consultation.”

I can see it already. But anyway, I digress.

Psychedelics can show us things that we are afraid to see and therefore unconsciously avoiding. Avoidance is no long term tactic to resolution, so for those that psychedelics have shown to be a useful tool for inner exploration and therapeutic shadow work, then there could be cases where it could be argued that someone should take them more often than they currently are.

The best amount and frequency is one that will bring the most healing over the long term. Knowing exactly what that is difficult. We like to have answers or steady plans we can follow, but in the case of psychedelics, it can’t be pinned down as such. It needs our own continued consideration and adjustment, as well as our honesty. It also depends on the doses we are taking.

When should I pick up the phone again?

You’ve probably heard the Alan Watts quote, ’When you get the message, hang up the phone’. This has been commonly interpreted to mean ‘don’t trip too often’. Once you have some useful information, act on it before seeking more. What I would add to that is, feel free to pick up the phone again to get a reminder of the message.

Oftentimes a psychedelic journey will make absolutely clear an insight to be acted on. Good progress can be made on integrating that insight in the weeks directly after whilst the insight is fresh. As time passes, however, the clarity and raw obviousness of that insight may fade. And though the insight may not have been 100% integrated yet, touching back in with ourselves on a journey can be a refreshing reminder. If meaningful change has been made, space will have been cleared in our psyche for other useful messages, insights, and ideas to pour in. Integration is a life long journey and our lives are imperfect, so aiming to have integration of an experience totally complete before journeying again can be unrealistic.

The common interpretation of Watts’ quote also doesn’t consider the question of what ‘the message’ is, or if there are different levels of understanding the message. Or even, if there are multiple messages to be received.

I see the advice that ‘one should not journey too often’ commonly put out there, yet most of the people I know in the psychedelic community have ample experience and have journeyed dozens of times themselves.

In general I think that most people could stand to benefit from more psychedelics sessions, rather than fewer. This is almost something of a faux-pas to say these days, but it’s what I believe, so I’m saying it. That is why the thoughts I have shared here have leaned towards illustrating this viewpoint, and not going into the dangers of overuse, which of course absolutely do exist. I should also make clear that I am talking about respectful, intentional, and careful use, done with the intention of learning or growth. Not flippant or casual use.

If we consider psychedelics to be teachers that allow us to access wisdom, what is wrong with visiting that teacher? Sure, you do not want to spend your whole life with that teacher, never stepping out of the classroom to practice your lessons. But likewise, you’d want to attend lessons to make the most of the wisdom they have to offer.