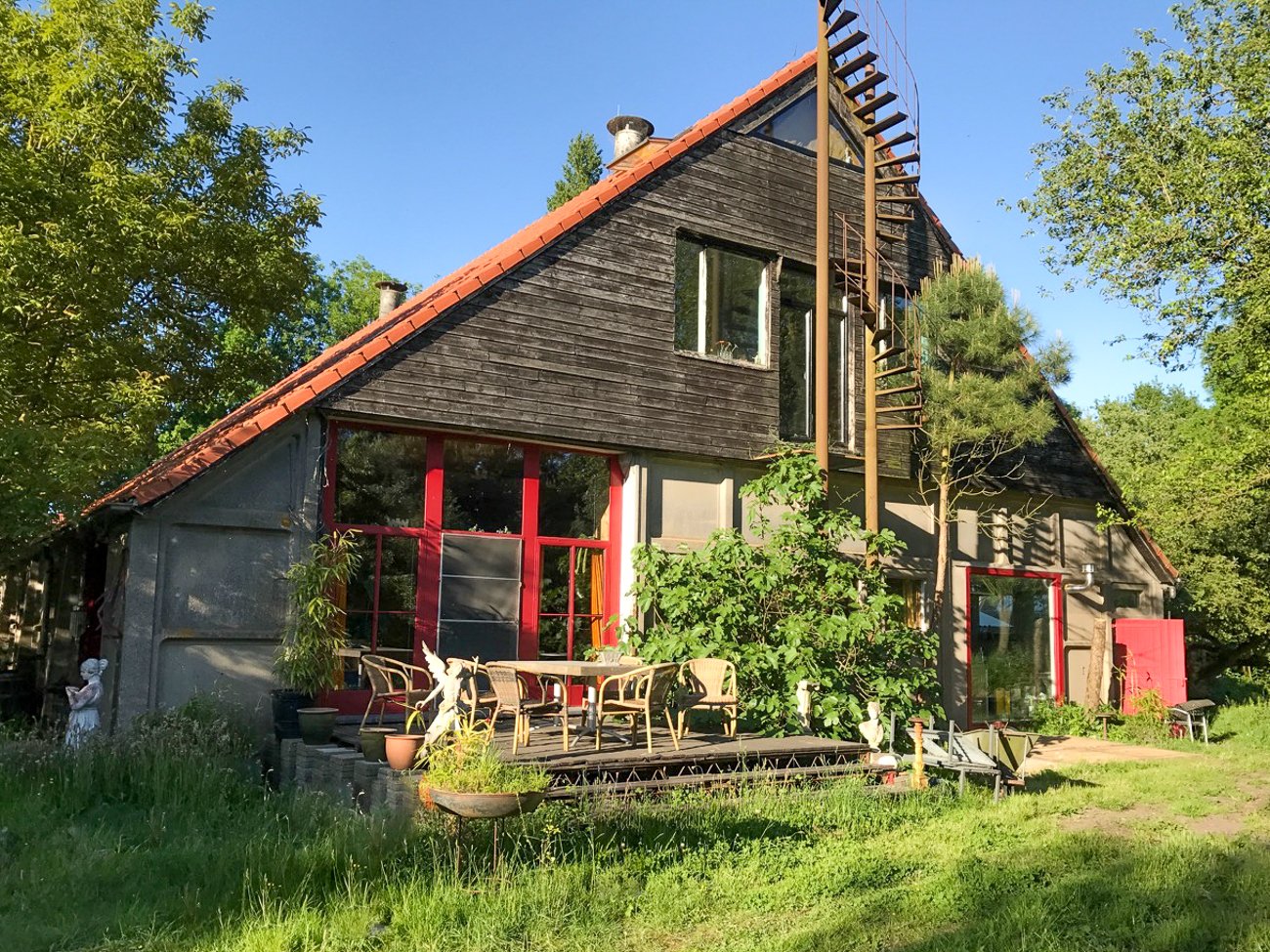 2019, three quarters through and so far, what a year. This blog has been quiet, falling behind my average snail’s pace of one post a month, but I have good excuses. My year has been jam packed with a healthy blend of projects along with the usual and ongoing quest to simultaneously find and create myself in an ever changing world.

I’ll get to some of the other stuff in other posts as I take stock to digest and process in this final quarter but today I’m writing about the entity that has by far and away received the most of my time, energy and focus this year:
New Moon Psychedelic Retreats.

New Moon Retreats is the culmination of my journey over the last decade; a psychedelic retreat integrating meditation and mindfulness practices.

My first psychedelic experiences, almost a decade ago, made me more creative and curious, and encouraged me to adventure and explore the world. They also kickstarted my meditation practice. Because of how much I felt I’d benefitted, I was inspired to create this blog in an effort, amongst other things, to share information and make the experience more accessible to others.

I see New Moon as a natural extension of what I aimed to do with Maps Of The Mind; making psychedelic experiences accessible, but more than by means of information: by directly offering physical spaces and in person guidance.

Two years ago I had an experience that was itself a culmination of my journey to that point – a fruit of my travels inner and outer, readings and writings, studies and practices; a peak experience that I felt profoundly grateful to have had. It gave my path a new direction and clearer purpose, and a vision crystallised.

That vision was a centre where people can go to learn meditation and have deep psychedelic experiences. A place where anyone can go and have the opportunity to dive deep within, to develop understanding of themselves and others. Not everyone has access (yet), but creating New Moon Retreats has been a significant step towards that vision. 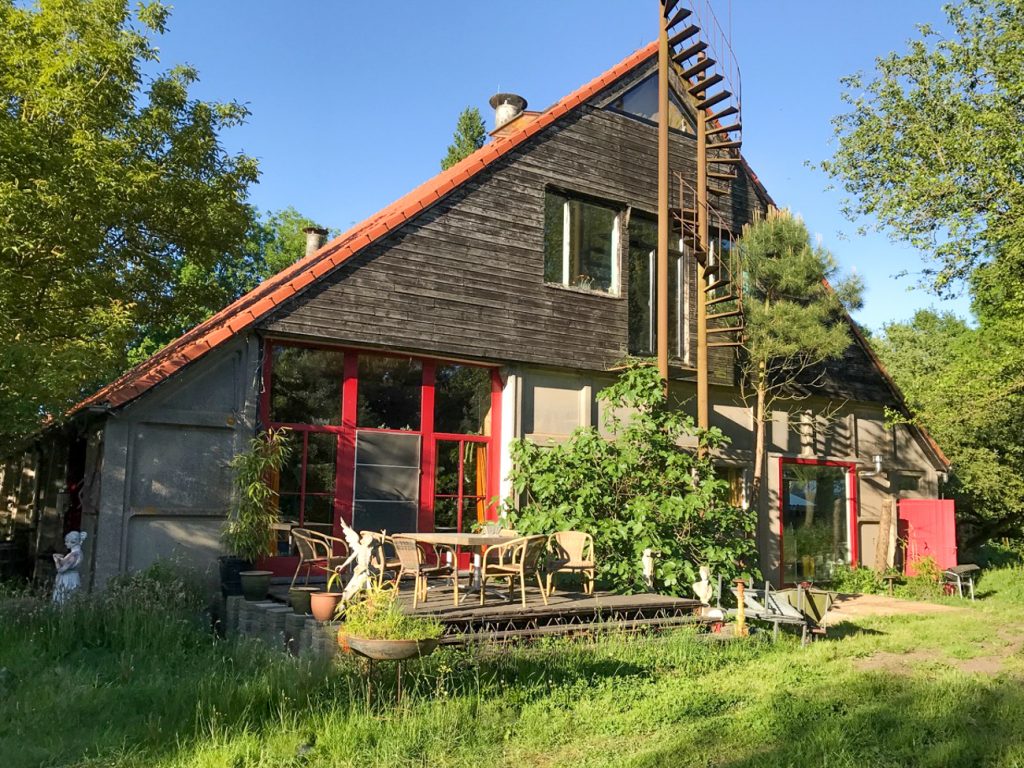 With direction and fresh inspiration, I committed more fully to my path and began going to trainings, workshops and conferences. I began to facilitate privately in the therapeutic model of using headphones and eyeshades, and was fortunate enough to spend time and work on retreat with Myco Meditations in Jamaica, where I learnt a tremendous amount about psilocybin mushrooms and group retreats. After moving to Berlin, I completed a mindfulness coaching course and began a meditation meet up. Through it all, my personal practice has remained fundamental, and I’ve continued to write about my learnings to consolidate them, journal my thoughts to reflect on them, and continued to make an effort to develop and evolve my personal meditation practice.

On my way I met the others who currently make up the rest of New Moon. During my year travelling through Latin America – when I documented my explorations with ayahusaca in the amazon, San Pedro in Peru, peyote and DMT in the Mexican desert, and mushrooms in the mountains of Oaxaca – I met Tuk whilst staying at a hostel Buenos Aires. He was in the continent to explore psychedelics too and our shared interest provided fertile ground for a budding friendship. After exploring the capital together we reconnected in Peru and remained in touch after our American travels.

Whilst visiting Tuk in Copenhagen, I met his mother Ulla at the Psychedelic Symposium, and then a couple months later volunteered alongside Maria at Altered Conference in Berlin. A year later, whilst at Beyond Psychedelics, I decided to move to Berlin, where, finding myself two weeks later, I reconnected with Maria and together we began to organise psychedelic integration events at her studio. When the seeds for New Moon began sprouting, the team was already connected.

What Is Different About The Retreats?

Meditation
Our retreats place the psilocybin sessions amidst meditation and mindfulness practice because I understand this to be the perfect container for deep and rewarding psychedelic sessions. I haven’t seen meditation as an integral part of the program on other psychedelic retreats and is something I wanted to offer. Our program includes an accessible course of meditation practice with guided meditations and mindfulness exercises.

Small groups & high ratio of facilitators to participants
We have 4 facilitators for each group of 8 participants. This is so that we can give each person due attention and care, allows us time for one to ones with everyone, and aims to enable a deeper level of connection and intimacy with each group.

Option of 1 or 2 psilocybin sessions
We currently have two retreat formats: a 3 night and a 5 night. The 3 night format is with one psilocybin session and the 5 night format is with two. The five night is for people who want to explore psilocybin more deeply and includes further integration activities and awareness practices. Having multiple sessions on a retreat is something I felt was excellent about Myco Meditations as it allows people to go deeper.

The garden at the retreat venue

On the New Moon of the 1st August, we commenced our first retreat, and over the next 11 days guided 11 participants through two retreats: a 4 day with 1 psilocybin session, and a 6 day with 2. We had two groups of people who came with honest and earnest intentions to learn and grow, and we were fortunate that everyone who came was understanding and accommodating in that it was our first retreats.

Working with people so intimately over these 11 days was humbling, heart opening, inspiring, and ultimately, meaningful. Spending time in a small community in nature surrounded by people who are making an honest effort to work on themselves, in an environment where everyone is encouraged to open up and share themselves, was hugely enriching.

So how did the retreats go? Overall, I’d say they went as well as we could’ve hoped for. Though I don’t believe psychedelics are a panacea or cure all, they certainly can facilitate potent and powerful experiences capable of triggering significant shifts. And our participants did have powerful experiences. From their end, the feedback we have received has been good and of the 8 people who’ve completed our anonymous feedback form, all have given us a final 5/5. That is something I wish to maintain. 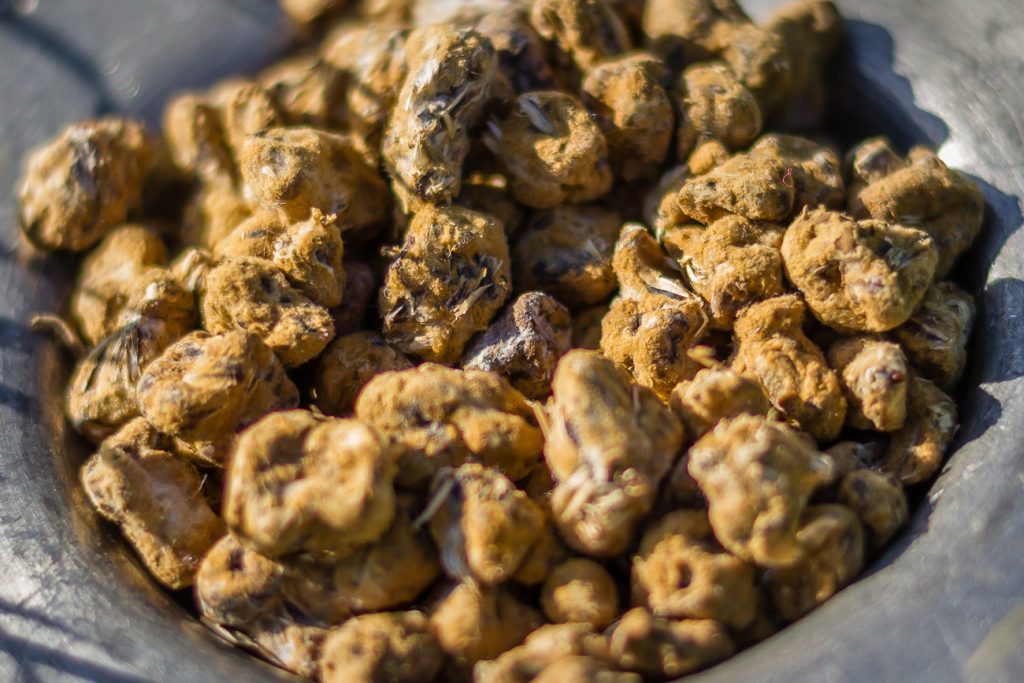 Psychedelic truffles used on the retreats

Our initial aim was to do 2 retreats this year as pilots and then to assess if we’re doing a good thing and should continue. The first wave of feedback has been enough to affirm this and has supported my belief that this is the most impactful way I can have a positive influence on a world on which I feel significant and drastic change is needed.

Though the retreats have given me confidence and courage to go on creating these spaces and offering this experience, I feel now more than ever the importance of developing as a facilitator, a leader, and a person. The feeling has only become more certain and one of my favourite adages, that ‘there is always room for improvement’, remains as true as ever. In a new field that is directly involved with people’s mental wellbeing but that has no cultural container or tradition in the West, I feel a growing sense of responsibility and the requirement to live with integrity and be accountable for my actions. I realise too that the people I want to work and surround myself with are also those who won’t rest on their laurels or get caught up patting themselves on the back, but who seek continued growth.

With the encouragement from our first groups, New Moon will move forward and we have booked our next retreat for the end of November. Moving on, I would like to develop the mindfulness part of the program and, after being inspired by seeing Vanja Palmers talk recently, feel more drive than ever to make it happen. I have some exciting ideas to integrate these schools and look forward to implementing them. 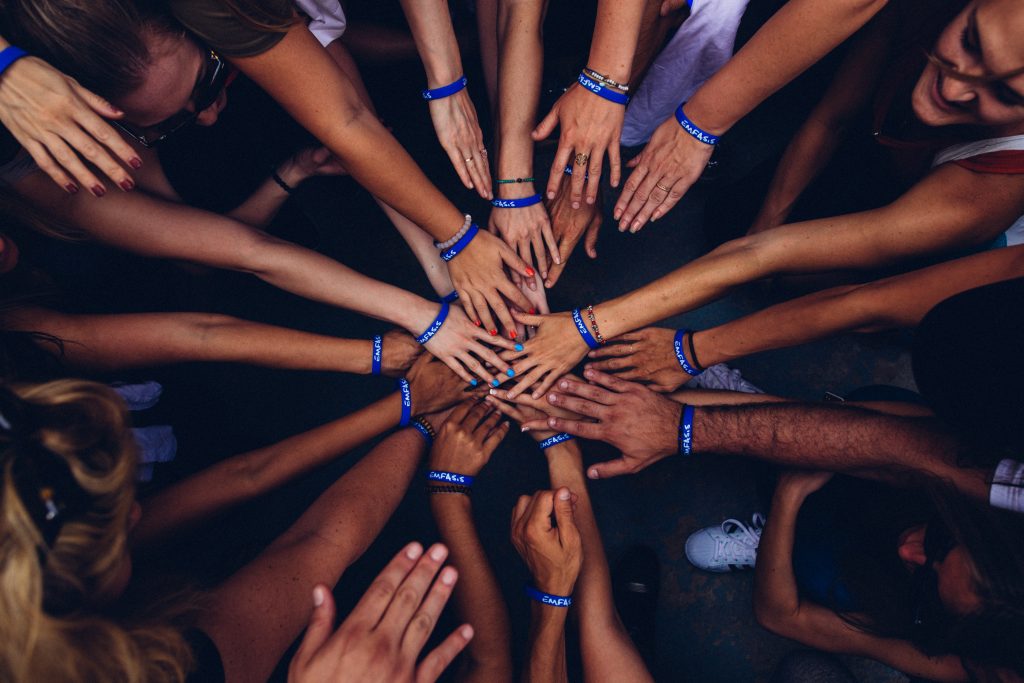 The integration, follow up and aftercare is also an area I would like to develop. Specifically, I’d like a focus on community, empowering people to find and create communities where they can find support and accountability on their path. I’d also like to introduce aspects of habit formation psychology that I’ve found hugely beneficial, and some means of loosening the grip of digital addiction, something I want to continue working on myself and which I honestly see as a major epidemic contributing to much of the mental health problems in the world today.

As for a longer term vision, we would ultimately like to make the experience more financially accessible. As I’ve mentioned before, something like vipassana system where anyone can go for free and make an optional and anonymous donation at the end would be ideal. That is something we can only do once we are financially stable, but in the shorter term, having a free spot per retreat or a donation based retreat a year might be a good stepping stone.

Much to do and plenty to be getting on with then. But, one thing at a time, and as we go, let’s try to enjoy the ride. 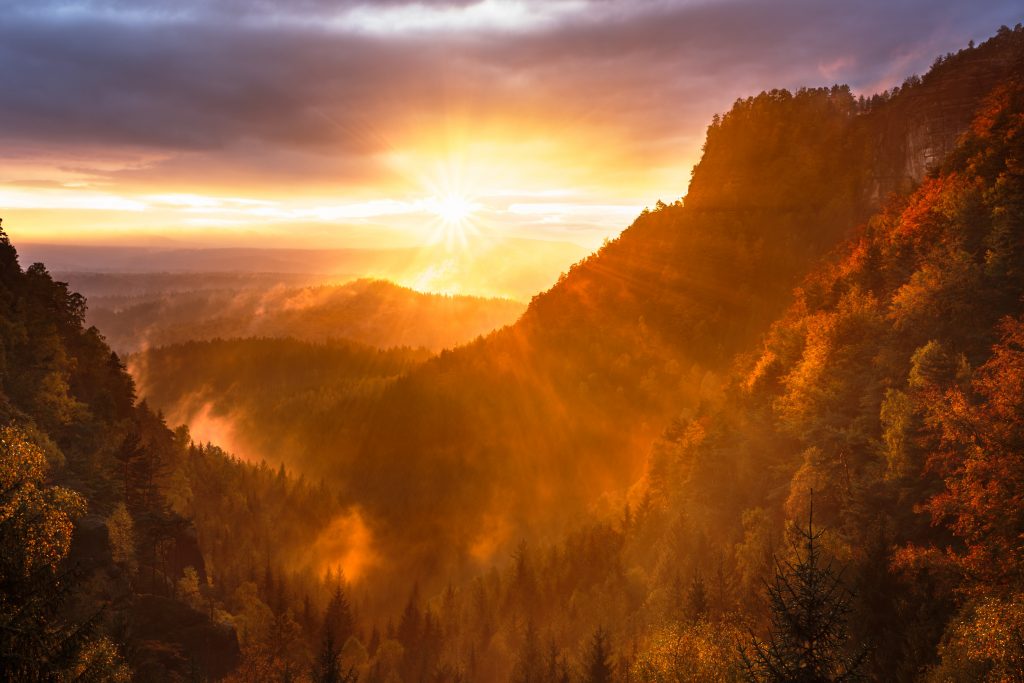 Thanks for reading and hope to see you on retreat soon.

Be Part Of Psychedelic Research

Rausch: A Photo Series on Psychoactive Drugs in Society
Scroll to top