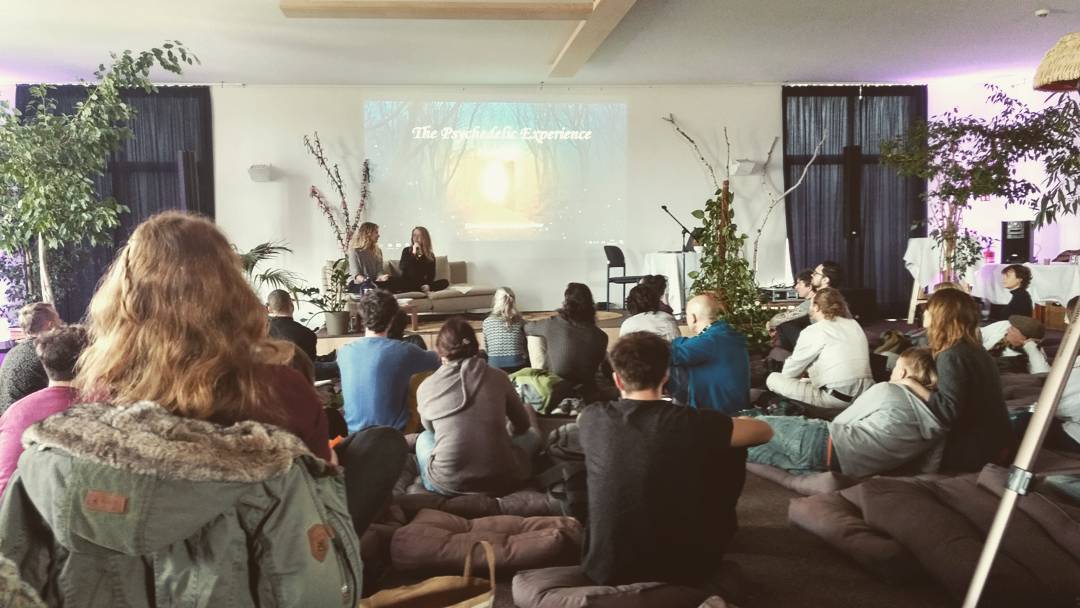 I stop in front of a stranger to look them in the eye and say ‘HOO. AAH. YOO!’ as he simultaneously does this back at me. We smirk at each other, and then walk on to do the same to another of the 300 or so people in the room. A few minutes earlier, to the collective sound of all of us humming and singing glossolalia, we held silk ribbons up in the air as we focused intentions on them before tying them to a large tree branch in the middle of the room.

This was my Friday morning a few weeks ago at the opening ceremony of Altered 2017: a two day international psychedelic gathering/conference. Berlin, synonymous with breaking boundaries and divided people coming together amidst political change, was symbolically the perfect city to host an event like this. With psychedelics becoming an increasingly hot political topic and the growing global movement steadily working towards seeing the counter-productive and repressive laws which prohibit their use, dissolved too.

Altered was quite different to the psychedelic conference I went to in Copenhagen – what was a straight laced, well organised and heavily academic event held in a university. Altered, by contrast, was far more manic – with rooms and workshops overfilling, timetables changing, and held in a hotel with a confusing and labyrinthine layout. If the Copenhagen one showed the high conscientiousness and clear analytical thinking that psychedelics can provide, Altered showed the other side; the creative, chaotic, and magical.

Speaking of magic, I went to an hourlong workshop on the second day called ‘Spellcasting For Beginners’ led by a guy called Felipe Duarte. It was pretty different to anything I’ve done before so I’ll describe it briefly for the curious.

With about 40 of us there, he started with some music and we all danced to a sweat (breaking a sweat was essential to the magic working) before sitting down to briefly meditate and then do unconscious writing while we were asked questions about our desires in life. We then had to write down our greatest desire and refine this to one sentence. We then removed every vowel and repeating consonant from the sentence and using these letters created our own magical symbol and word.

Back into a circle we all sat around with everyone chanting their magical word over and over until the collective cacophony of the room reached a swooning, flowing fever pitch and we all ripped our pieces of paper into tiny little pieces.

Slightly different from a talk on the results of clinical research then. I’m naturally pretty skeptical on this ‘magic’ stuff but I’ve reached no conclusions and regardless it was a fun and interesting hour and something new. Having to dance to sweat and do unconscious writing also forced me past discomfort too. I plan to attend more workshops at the next one.

I was a volunteer at the conference and it definitely added to my experience of the weekend. It was a great way to meet other people and at the same time get a peak behind the scenes to the organization of the whole thing. I helped with setup at the hotel the two days prior and met a lot of people involved, so by the time of the actual conference, the hotel was full of familiar faces and new friends and it felt strangely like home. As well as the set up I also volunteered on the 2nd day and spent a few hours at the welcome and info desk. This forced me to skip talks and workshops and meant that, between groups arriving from the tram, I had time to sit down and get to know some pretty cool people and hear their stories. If I hadn’t done this I would’ve just gone from talk to workshop to talk, trying not to miss out on anything and ironically missing out on connecting with others in the rapidly growing psychedelic community. 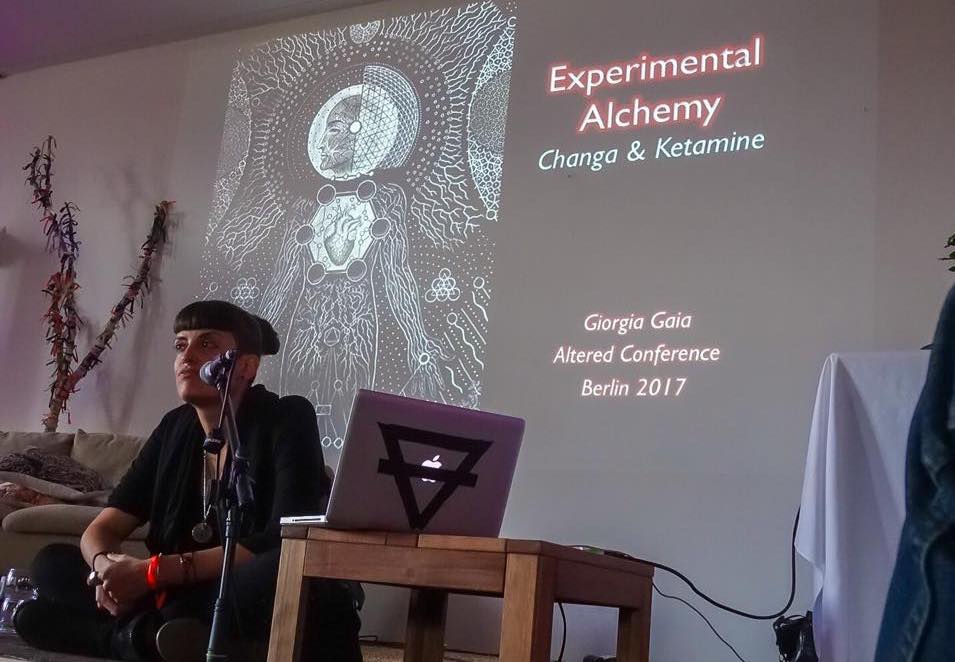 The Movement Is Growing Fast

A lot of things in the world are changing very quickly and perception of and interest in psychedelics is one of them. Altered is another example of this. Last year Altered was 6 speakers and 50 guests over 1 day. This year it was 35 talks, workshops and rituals across 2 days and 3 rooms, with around 400 guests, and an after-party. The pull was big. As well as an international group of resident Berliners, people had made the journey from surrounding cities and countries – I met people who had made the journey from Vienna, Budapest, Copenhagen, Holland, France and the UK.

The reach of the event and coming together of people shows the hyperconnected nature of the movement which played its part in my being there too. After Copenhagen, I’d planned on skipping this one but then my Danish buddy Vik was going with his Berlin based brother – a duo who I’m overdue starting an art project with – and then through research for a piece on drug policy, the lovely Ros Stone put me in touch with the founder and organiser Dax – who offered me a place to crash. It seemed that I was supposed to be there, so after securing a free ticket by signing up to volunteer and finding some cheap flights, I was on my way. It was the people I was in touch with who got me there. 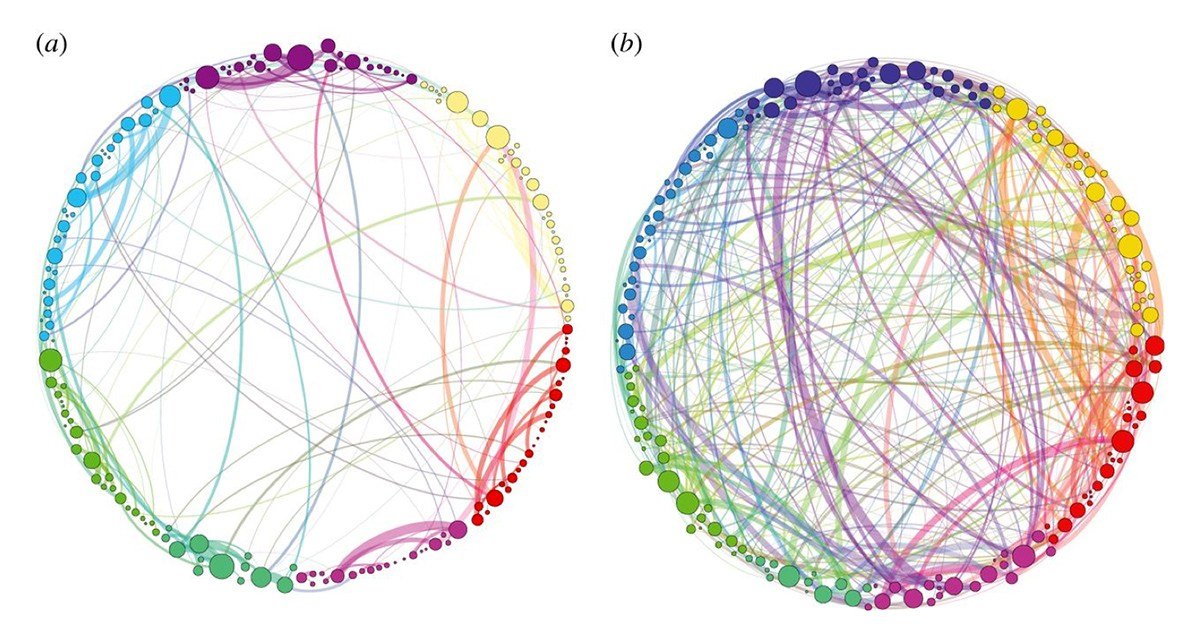 The brain on placebo, left, the brain on psilocybin, right – mirrors connectivity in psychedelic world.

Even at the level of this conference, I got a sense of the disintegration of hierarchy and separation – another psychedelic action making its way out to the macro level. At Altered there was no clear distinction between speakers and attendees, or heads and guests. To me it felt like there were just a lot of psychedelic enthusiasts with everyone participating, some presenting and others not.

“Psychedelics do not guarantee wisdom or a clear recognition of the selfless nature of consciousness.”
– Sam Harris

With all the nice words said, it has to be acknowledged that not everything is compassion and oneness in the psychedelic world. There are definitely some big egos in the movement. Through becoming more involved with the community it’s become clear to me that growth, maturity, and wisdom certainly aren’t inherent in psychedelic use. I’ve seen conversations turn into bragging contests about who’s had the most trips, taken the biggest doses, or tried the widest variety of substances. I’ve also met people who are just dicks. When I hear someone bragging about how much they’ve learnt, how much pain they’ve overcome, or saying something like ‘I can now access any state of consciousness at any time’ (that’s a direct quote from a ‘healer’ at another event), I can’t help but smile and think ‘well how much did it teach you about humility and honesty?’.

There are, of course, countless people who’ve never touched a psychedelic and who show more of these virtues than some of the most well-seasoned psychonauts. As one of the speakers at the Copenhagen symposium put it; ‘there are people who’ve had hundreds of psychedelic experiences that are still assholes’.

I think this is worth remembering, as apparently psychedelic people can easily feel superior or on some kind of higher level than non-initiates or those with less experience. Personally, I don’t care too much about how many trips you’ve had, I’m interested in what you’ve learned and how deeply you’ve learnt it – how it informs your character and how you live your life.

While psychedelics have the ability to facilitate a mental reset capable of freeing one from conditioned patterns of thought and behavior (which may play a role in the species wide reconditioning needed to prevent our own ecological self-destruction), they are clearly not a panacea. They are just tools. Like any other tool or technology, they can be used for good or bad. A hammer can be used to build a table or hit someone over the head. Chemistry can be used to create medicine or a poison. The internet can be used to connect and educate, or spread lies, distract and shorten attention span. Psychedelics can potentiate minds and offer opportunities for greater awareness, but even if that opportunity is taken, what’s done with that increased awareness is another question.

Browsing psychedelic forums online you’ll come across countless claims of ‘ego-death’, but while the ego can lose power or even totally dissolve during peak experiences, it can strike back with a vengeance, re-emerging even more powerful than before. The ego is supple and can re-contextualize even the most powerful transcendent experiences, leading people further into competition and another ego-ic game. A type of spiritual chicanery or spiritual materialism.

“As Daniel Pinchbeck pointed out […], the fact that both the Mayans and the Aztecs used psychedelics, while being enthusiastic practitioners of human sacrifice, makes any idealistic connection between plant-based shamanism and an enlightened society seem terribly naïve.”
– Sam Harris, Drugs & The Meaning Of Life

More sinister than the mere boasters are those who are using promises of enlightenment and healing as a way to take advantage of others. A look at the stories of dodgy shamans who’ve touched up trippers or self-described healers charging exorbitant prices whilst living a life of luxury should ring alarm bells for us all.

Engaging The Shadow Side Of The Movement

This is, in Jung’s terms, the shadow side of the psychedelic movement. As in any field, it’s important to acknowledge and be aware of the charlatans, bullshitters, and manipulators out there seeking to gain power and money for their own selfish desires. How to deal with them? 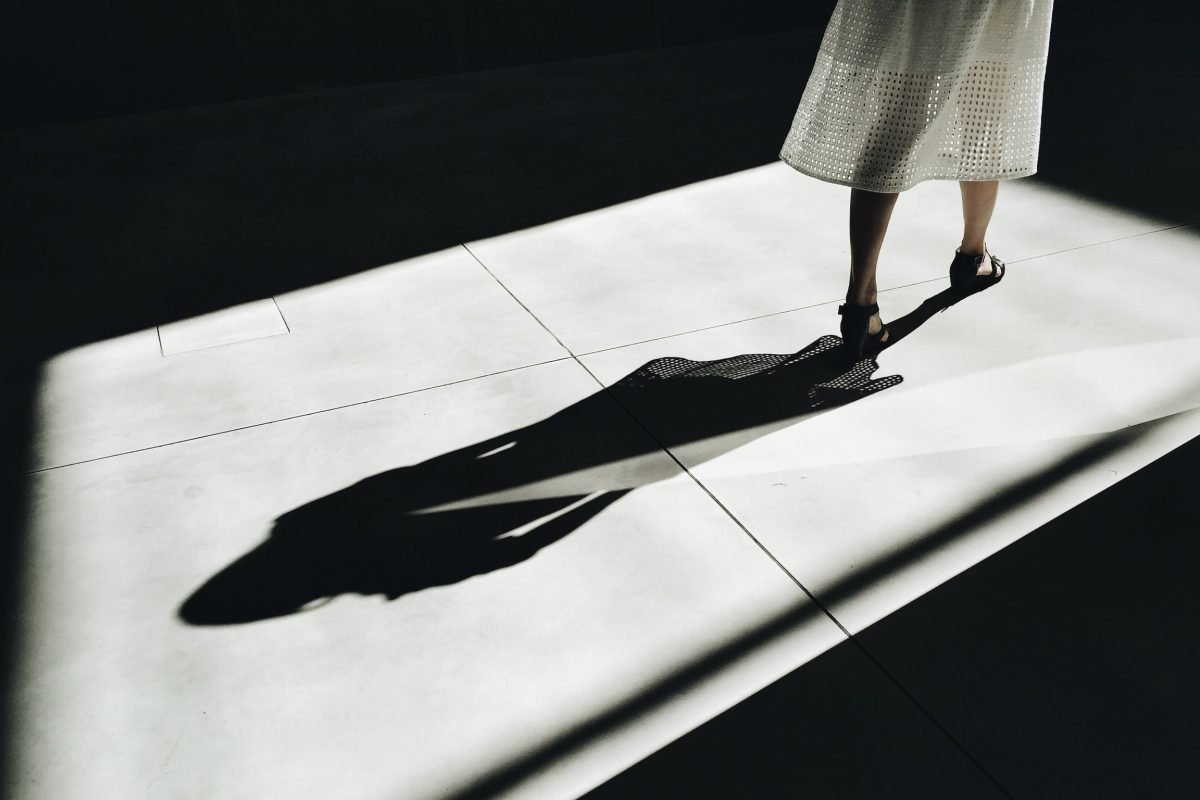 It’s my belief that these people should be called in and have what they are espousing tested. This doesn’t need to be an aggressive attack but rather the opening of a discussion. With open and honest communication the truth will come out. If you come across someone with specious or spurious claims or saying something that contradicts what’s been previously said, I encourage you to question with curiosity to dig out the truth. I also think it’s best to try to judge people based on their character – how they speak, act and treat others – rather than any claims to experience and knowledge.

With that said, I’d like to hear others’ thoughts on this shadow side and how to engage it. Please post your thoughts in the comments below, and don’t hesitate to send me a message. Until then I’ll give my own rather broad version of advice: