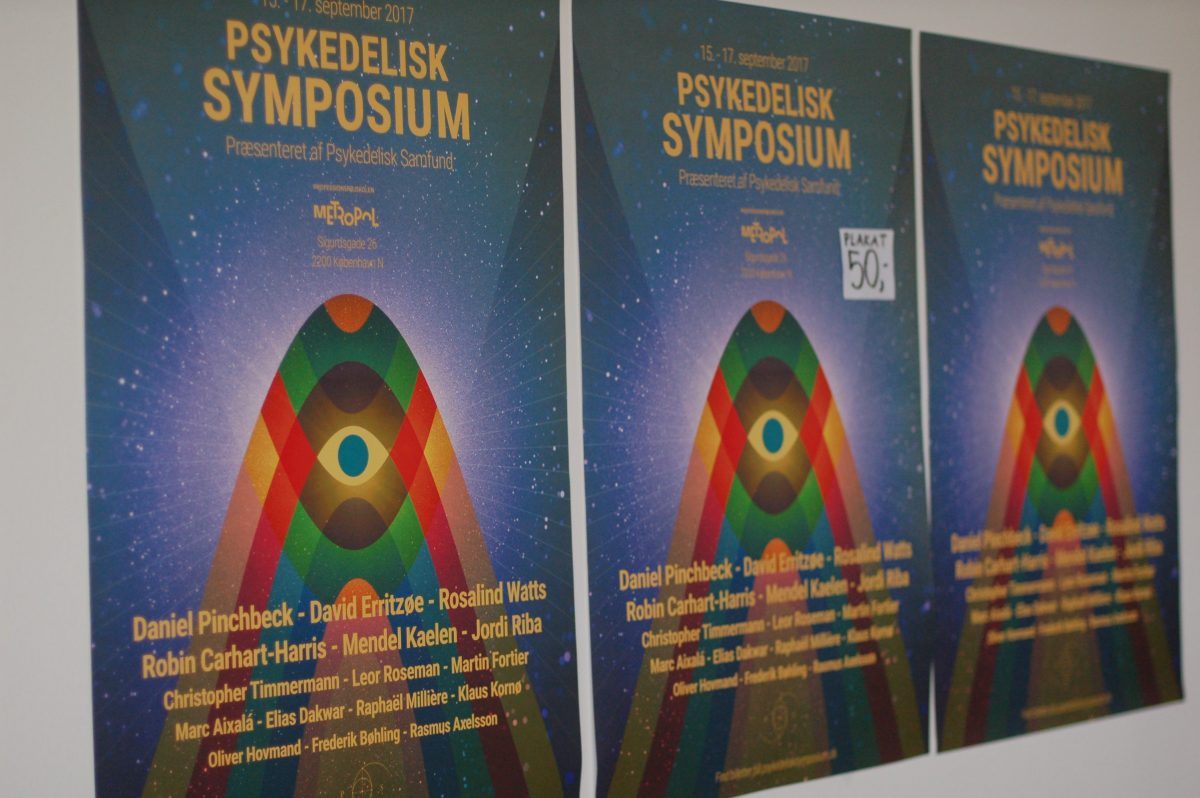 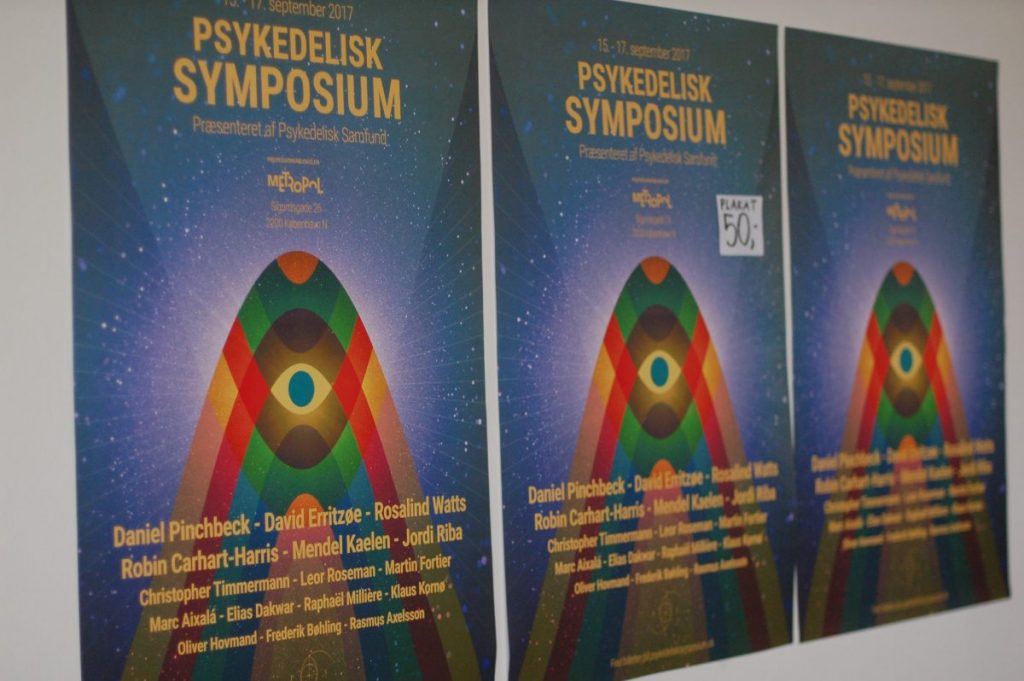 On a recent mild weekend in Denmark I went to a psychedelic conference in the country’s coastal capital. Held in a sleek and modern building on the city’s metropolitan university campus, it turned out to be a hugely impressive event. Something that struck me early on was how well organised everything was – I guess a part of me was expecting stoned hippies in tie-dye shirts to be running the thing. Though I’m sure that would’ve been fun in its own way, that was absolutely not the case. It was an excellently organised and professional event put on by the psychedelic society of Denmark: clearly a smart and competent group of individuals that understand the value of these stigmatized substances. 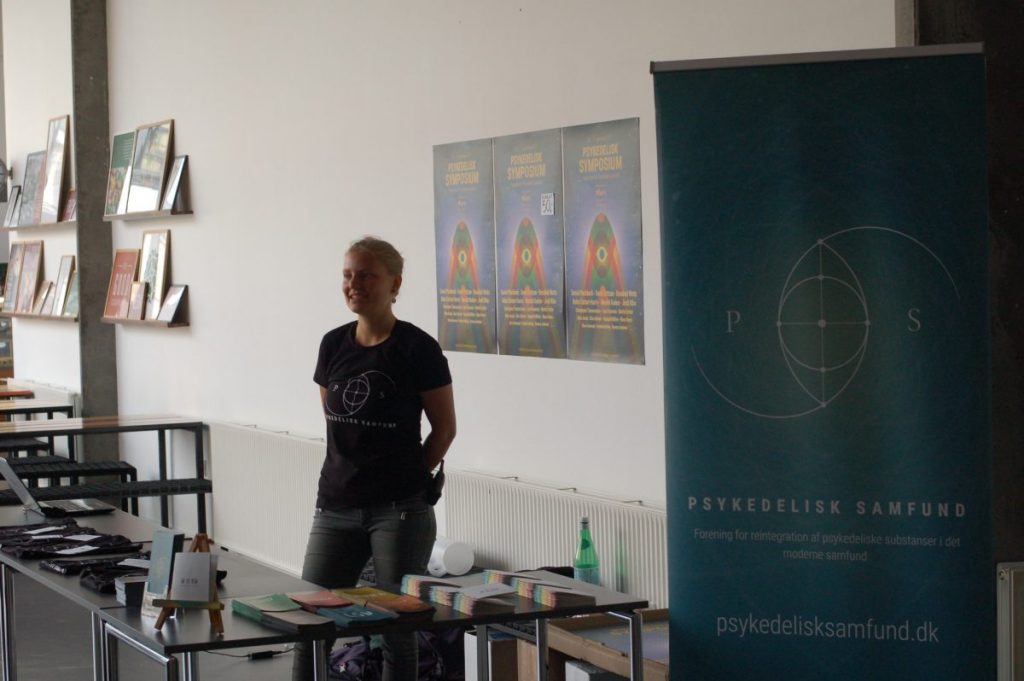 The atmosphere around the building and in the main hall was of an almost tangible positivity and you could tell everyone was excited to be there. It was awesome to connect with others who share an interest in psychedelics and being around so many like-minded people made me feel that I’m part of something much bigger. A pretty good feeling. 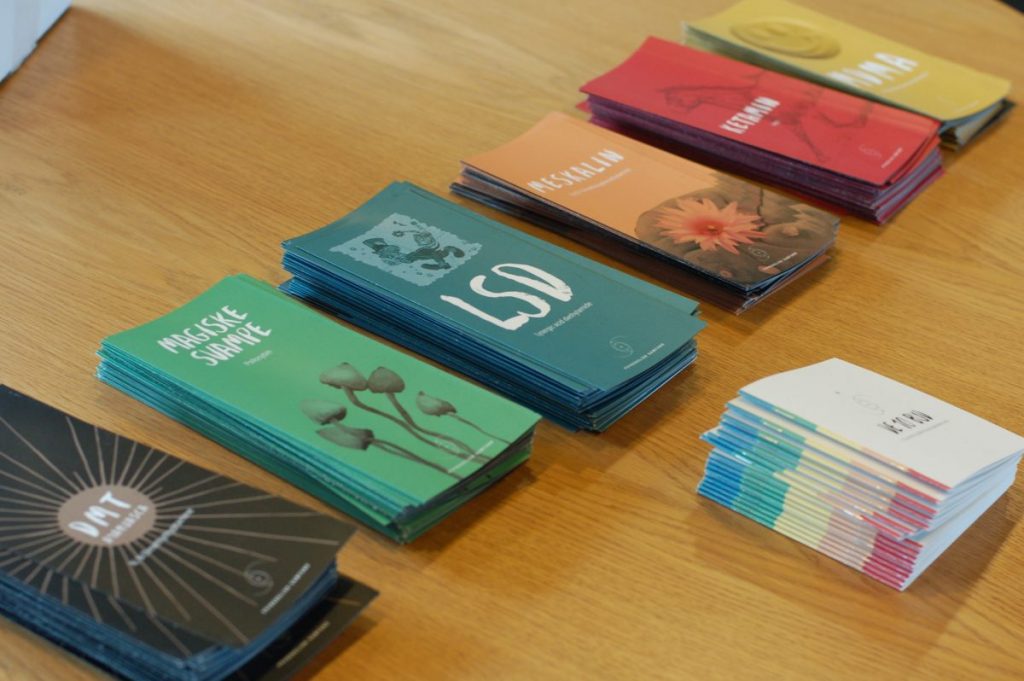 There were workshops on tripsitting and integration on the Friday and the main conference was held over the weekend with two full days of presentations on subjects ranging from neuroscience to psychotherapy to social ecology.

Serious Work Is Being Done

There was a moment I enjoyed on the second morning when an older lady asked me if I was a scientist. I smiled and said “well, I do conduct experiments.” It turns out I’m not the only one. There are like, actual scientists doing (slightly more rigorous) experiments and clinical trials with these substances and writing papers and PHDs on them. And there are a lot of them. 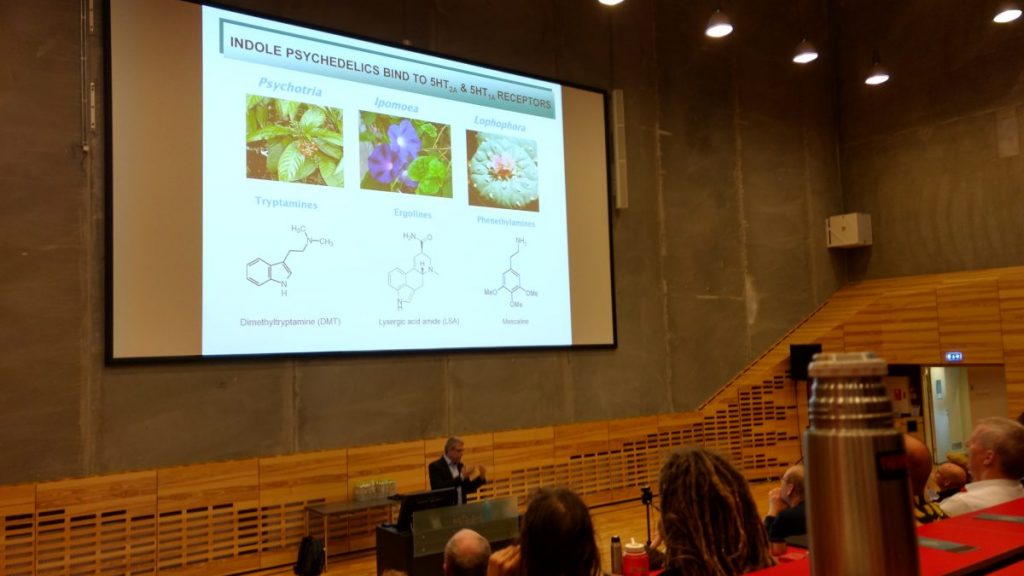 Nearly all of the presentations were done by scientists and researchers from  a diverse range of fields and while the research into how psychedelics can be used to treat mental illness is currently getting the most attention, there is plenty more going on. I enjoyed one talk about how the type of hallucinogen present in a culture might influence its prevailing religious beliefs – especially thought-provoking when we consider today’s most popular drugs. There was another interesting one in which pharmacologist Jordi Riba presented his findings that suggest the alkaloids of the plant source of ayahuasca stimulate adult neurogenesis. I should mention that he did also note that aerobic exercise also does this, so if you fancy growing your brain and aren’t quite up for a massive psychedelic trip in the jungle, you can just go for a run. Slightly less intimidating.

Science Is Leading The Movement

Today science is a door to credibility. Open any statement with ‘well, studies have shown that…’ and you’re guaranteed to have your point considered more seriously. As psychedelics gain more attention its clear that many leaders within the movement know this. They don’t want to see mistakes made in the 60’s made again and are very conscious of public perception. Hence the amount of scientists and academics giving presentations. In a panel debate at the end of the first day, neuroscientist Robin Carhart-Harris used the word ‘hippies’ more than once and its clear that he doesn’t want to be labelled one. He wants the respect that comes with science and he’s not alone in wanting that respect to be extended to psychedelics. 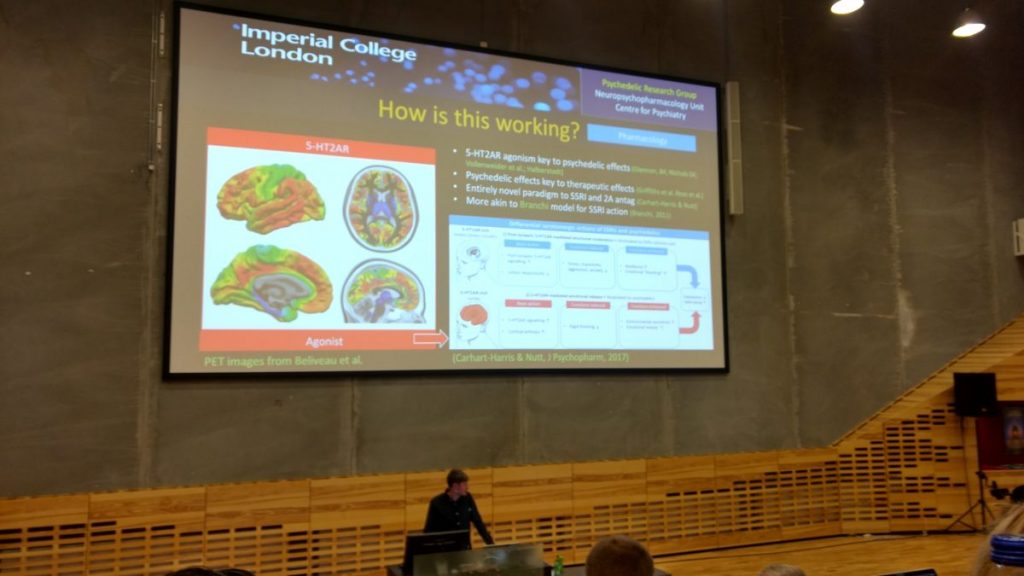 I do think there should be room for non-science based discussion too though. On looking through the program ahead of the first day I saw a presentation with an intriguing title – ‘Psychedelic Pleasures: An effective understanding of the joys of tripping’. I read it to my friend and he smiled. “That’s more like it. All this science can miss the point.” The talk turned out to be steeped in science and methodology and disappointingly, not very fun at all.

Whilst all the scientific research is important to the wider perception of psychedelics, I think it’s important to remember that technical understanding has its limits. Sure, science has granted us incredible advancements in medicine and technology, but alone it doesn’t have all the answers. Technology has isolated people, globalisation has fragmented communities, and if we look at where all this technical, rational understanding has landed us today we see a world with increasing rates of mental illness in the midst of an ecological crisis. I think we can go a little too heavy on the science at times and there should be room for other types of understanding too.

Small Event In A Big Year

2017 has been a big year for the psychedelic movement with the U.S. Food and Drug Administration designating MDMA as a breakthrough therapy for PTSD in August, and much larger conferences like Psychedelic Science, Breaking Convention, and The International Transpersonal Conference taking place in California, London and Prague. Whilst the gathering in Copenhagen was a modest affair compared to those events, it still gave me a sense of how big the movement is and how fast its growing. 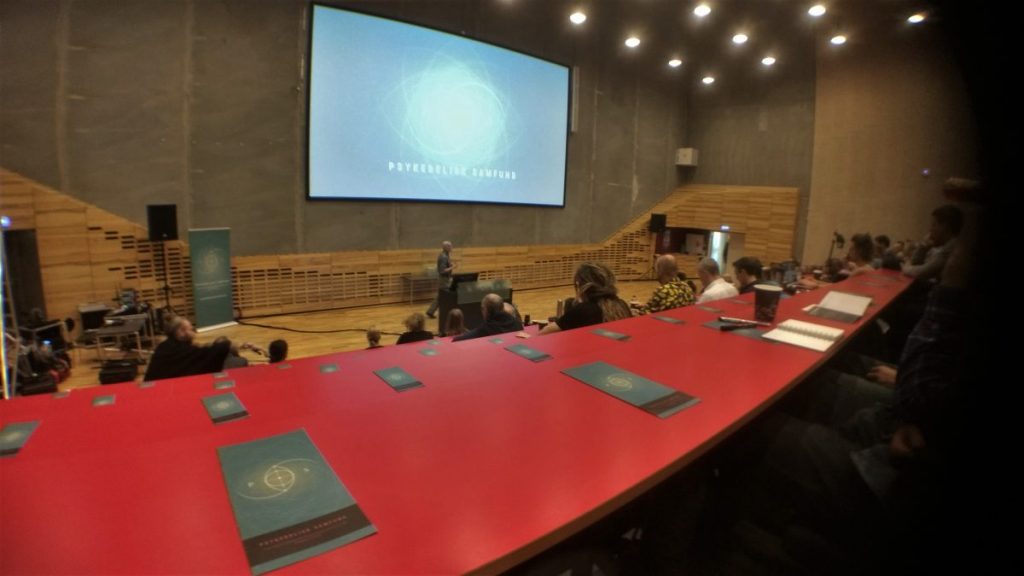 I appreciated the relatively small size as it meant that I had the opportunity to talk with some of those presenting. It was interesting to hear neuroscientist Mendel Kaelen (who you may be familiar with from this VICE article) talk about how he considers ‘hope’ to be a crucial aspect of music in a session, and speaking to Jordi Riba, I found out why I can drink cup after cup of ayahuasca without any real effect (turns out I’m not a beast of resistance, it’s more likely that my body just metabolizes certain enzymes very quickly). Whilst it’s possible to find out almost anything online, nothing replaces those in person connections.

Overall the conference was equal parts enjoyable and eye-opening and the cornerstone of an inspiring week in Copenhagen. I think I might make this an annual trip. See you at the next one.

If you enjoyed this you might also wanna check out:
7 Remarkable Things I Learned At Psychedelic Science 2017 – by Aaron at Freedom & Fulfilment

5 Things I Learnt From A Tripsitting Workshop